“If Not Now, Then When?” wins inaugural award

The winners of the inaugural Environmental Music Prize, King Gizzard and the Lizard Wizards have donated their $20,000 prize money to The Wilderness Society to further conservation and Climate action in Australia.

King Gizzard And The Lizard Wizard are known for their psychedelic rock which links concepts, character, and themes of climate change and futurism. ‘If Not Now, Then When?’ is a warped rhetorical groove set in a post-eco apocalypse time. It questions the inaction of our leaders and calls for immediate action on climate.


“We’re so humbled to have won the inaugural Environmental Music Prize! It’s fantastic and deeply important for initiatives like this one, to help build community around the fight against the climate crisis,’’ says lead singer and songwriter Stu Mackenzie.

“I’ve written quite a few songs about climate change, but after the black summer bushfires in 2019-2020, shit started to feel dire. It still feels dire – more dire. We need actual, real, tangible action from our leaders, otherwise what are they there for?

“Why are we not doing everything we humanly can to right our wrongs? When we’re literally on fire, why not now? If not now, then when?

It comes at an exciting time in our history where Australia just voted for climate, and there is growing demand for change. Music and any creative arts have the power to amplify and inspire change through exploring themes and concepts not necessarily addressed by mainstream media.

“This song is part of a larger idea, a thread and a collection of narratives that extend through all of our music. Exploring themes of climate destruction and what that might look like, is an important exploration for us. A window of what reality could be, if we fail to take real action,’’ says Stu

Environmental Music Prize Founder, Edwina Floch says “Music has the power to capture our imagination, touch us deeply, and enable us to dream big”.

Matt Brennan, CEO of The Wilderness Society agrees music can change the world.

“’If Not Now, Then When?’ Indeed! King Gizzard and the Lizard Wizard’s Environmental Music Prize-winning song calls for action amidst the normalised calamity,’’ he says.

“The joyousness of the groove belies the urgent message for climate and nature. We congratulate them on the award and we are deeply grateful for their decision to donate their $20,000 prize to the Wilderness Society to act now.”

To support more climate-engaged artists, the Environmental Music Prize has partnered with Byron Writers Festival to create an additional prize for an emerging artist actively using their voice both on and off stage.

Selected by Byron Writers Festival, the prize was awarded to Nidala Barker, a singer-songwriter and activist of Djugun (one of the Aboriginal peoples of the Kimberley) descent. She co-wrote and performed on the Environmental Music Prize Finalist piece ‘Our Song’ – a collaboration by the Tambah Project that sees royalties from streaming donated to Wild Ark. 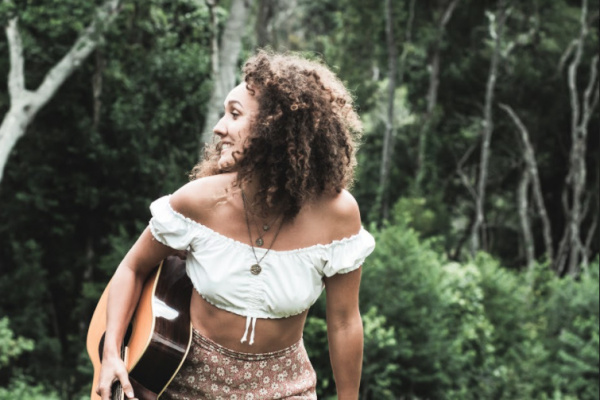 The upcoming Byron Writers Festival (26-28 August) will celebrate storytelling and ideas in all forms. The prize will see Nidala perform at a feature event, speak on a panel about writing music, and complete a 3 day writing retreat in the region.

The Environmental Music Limited is a philanthropically-funded and community-supported not-for-profit founded by Edwina Floch. Launched last year during the UN Climate Summit, the prize invited artists to create and submit powerful music videos that celebrate nature and encourage fans to defend it.