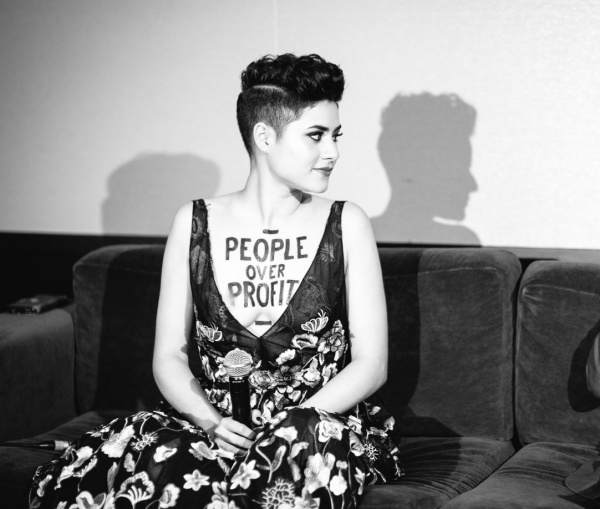 Australian musician and environmental activist Montaigne at the ARIAs in 2016 when she won an ARIA for best emerging artist. Image Alex Carlyle

Montaigne on becoming a climate activist

The opening scene of Montaigne’s film clip of her 2019 single Ready is a slam poem recited and written by School Strike for Climate Activist Fergus Clarkson. It’s jarring in its urgency, setting the tone for an uplifting anthem-style call to arms to address the climate crisis. It’s the kind of anthem the organisers of the inaugural Environmental Music Prize, hope to uncover, with the view of encouraging talented artists to create powerful music, to bring inspiring messages of climate injustice to new audiences.

Montaigne, whose debut album Glorious Heights made it to number four on the ARIA charts in 2016, earning her an ARIA for best emerging artist, was 15 when she first became aware of climate change and can pinpoint her ‘point of no return’ when her science teacher played her class an episode of The Tipping Point, a show about how little things can make a difference.

“It was just about how, in regards to climate change, there is a point of no return. That was the first time I was confronted with the idea that we had some kind of stewardship over nature in that our actions could influence whether or not we destroyed it or ourselves,’’ Montaigne recalls.

“That  was deeply, deeply confronting to me. And in response, I was like, “I want to be someone who does something about that.’ 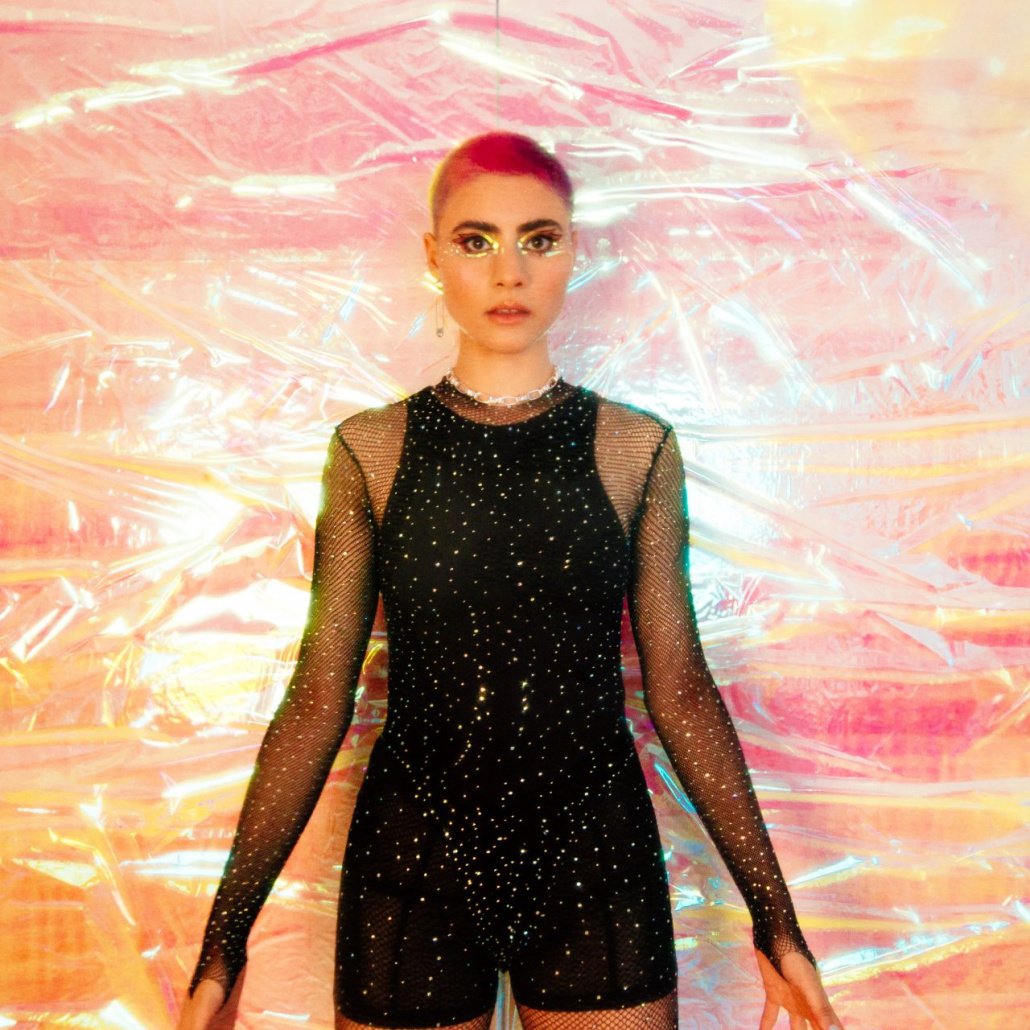 Jess Cerro, AKA Montaigne has been a climate activist since she was 15 years old, and now uses her platform to affect change 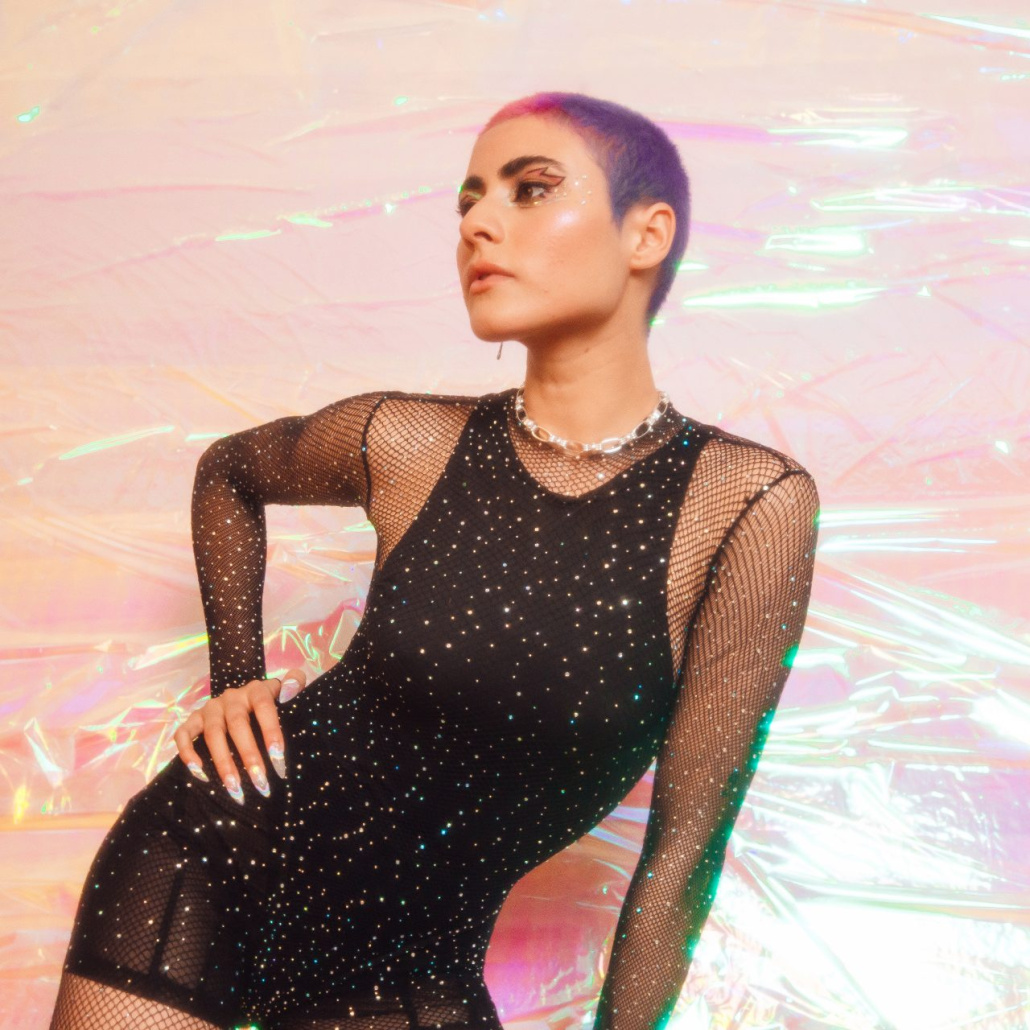 Montaigne for her single Technicolour

The Melbourne-based artist, and Green Music Australia patron, whose real name is Jess Cerro, has actively campaigned for climate justice and social issues ever since, her passion for both music and the environment is undeniable in every aspect of her life.

“There’s just so many things to talk about. And while there’s climate dread, there’s also the general depression and anxiety that arises from living within the system we have, she says.

“I believe that intersectional environmentalism is important, which means, if you’re going to fix one thing, you have to fix all of them because they all dovetail into each other; race issues, sexuality agenda, environmental issues and the pandemic.’’

It is millennials and Gen Z who are tasked with the seemingly insurmountable task of changing the current climate trajectory we are on, and it is also these generations that Montaigne says are the most impacted by what the word is currently serving us.

“I think young people especially are impacted. Like the idea that they’re supposed to be fighting for nature and for the right to protect the world around us, but also fighting for their own lives and trying to pay rent and work jobs that they don’t necessarily like, there’s so much going on,’’ Montaigne says. 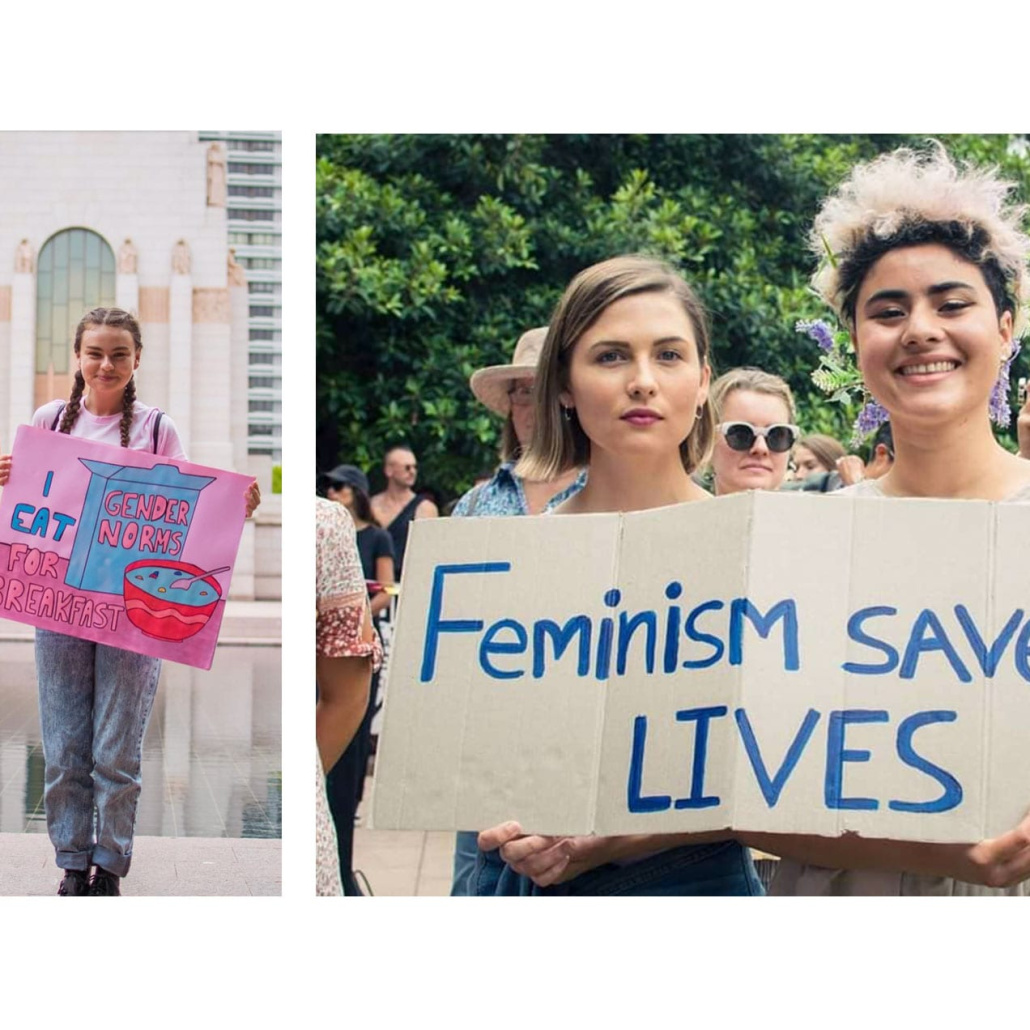 Montaigne at the 2019 Women's March

“Before the pandemic, when the School Strike for Climate movement was really taking off, I was really charmed and hopeful about the enthusiasm that all these kids had and how they were willing to put that into tangible action, using their civil right to protest and demonstrate,’’

Thanks to the pandemic physical protests haven’t been possible, but for Montaigne it has allowed her space for internal reflection, time in nature and a greater understanding of her place in the world.

“ I used to think, if you faltered in any way in your individual efforts, then you weren’t doing enough for the cause. But now I think the world is so hard to live in and we’re so pressed for time all the time, it’s just so exhausting to put that pressure on yourself, to be a perfect material environmentalist all the time, she says.

“It seems insane when it’s actually big corporations that create most of the emissions. So now I think cleaning the planet with your vote and encouraging friends and family to do that as well, I think that’s pretty powerful too.”

Which is why taking on the ambassador role for the Environmental Music Prize seems all the more powerful for Montaigne, whose hope is it galvanises the music industry to amplify the climate justice movement across multiple generations and platforms.

“ I feel like a lot of artists have just tried to retreat to a safe space, whatever that may be. I think the response artistically has been to create things that are a response to the pandemic in particular, just because that’s been the issue that’s dwarfed the climate movement,’’ she says.

“There is definitely that conscientiousness and unabated desire to make a change. But I think in equal measure, there’s the normal-ness of just being a new person in the world who has their own autonomy and gets to make their own decisions and discover the world, which is also really important because that’s our story as human beings.”

As the pandemic becomes part of our normal life, Montaigne’s view is climate justice will start to bubble over in the songs that are written within the music industry and it’s her vision to help propel that movement.

“It just seemed like a natural union of things. I am passionate about music and the environment and I think it is possible to write anthems about social and environmental issues,’’ she says.

“ I think about how The Presets wrote My People about refugees, and at the time I just thought it was a sick tune, and ultimately it turned out, it had this really cool message, and I think music has the power to do that, to shine a light on pressing issues and hopefully inspire change.’’

*Green + Simple is a supporter of The Environmental Music Prize which is offering over $20,000 in prize money and in-kind support to reward artists that inspire us to protect the environment and songs that have the potential to become anthems for change.