The rise of Nardi Simpson

Nardi Simpson’s turn of phrase is like a tonic for the soul. The Yuwaalaraay writer, musician and PhD student’s interpretation of the world around her is one of connection, and also disconnection, to both nature and the built environment, with an innate understanding of the meaningfulness of community and the relationships we foster. To her living a sustainable life means  “seeing yourself as no more important than the smallest thing next to you”.

In August of this year when Vogue Australia came calling to interview its September cover star, Yolngu woman Magnolia Maymuru, Nardi says she almost fell off her chair, but then also had to head out and buy her very first issue of the magazine to understand what was being asked of her.

“They had the focus for the issue was new beginnings, and they (Vogue) asked Emily, my publicist, if I’d be interested in interviewing Magnolia. It sprung up in two weeks, it was here and gone. But it was like a sunrise, it was there, beautiful, and then moved on,’’ Nardi says. 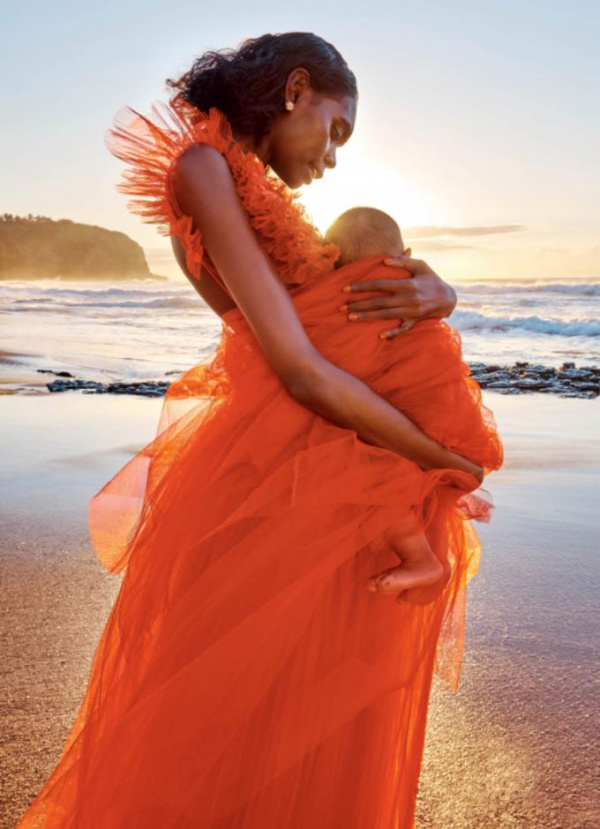 It’s refreshing to listen to Nardi’s account of her career trajectory, from singer and performer to award winning author, she says she’s in a constant natural state of dreaming.

“Some people call it daydreaming, I’m always dreaming up things and I find the best way for me to be happy and healthy and connected is to have one foot in reality and another foot that can just dance off and go wherever it wants,’’ she says.

“Having those two different ways of being, it’s a way for me to digest the seriousness of our living world and the possibilities of the dreaming world. You know what I mean?”.

Nardi’s debut novel, winner of the Winner of the 2018 Black&Write Fellowship, Song of the Crocodile, is set on the banks of the Namoi River near Walgett in NSW with a standout theme addressing the effects of rapid social and environmental change.

“I’ve always lived in Sydney, my father and his family are from country NSW and their story of growing up creating lives, making families, in that town was completely dictated by the law of the land, where the work was, where the people lived, where they could and couldn’t go,’’ Nardi says.

“And so the life that I inherited before I was born was of the narrative or connection, and also disconnection, to natural things and built things, but to the ecosystem of country NSW.’’

Nardi explains that Walgett, is the meeting point of the Barwon and the Namoi Rivers and the story of those rivers has functioned like a calendar charting the Gamilaraay people and her family, and so it felt important to write a story with meaning that would help convey the history of the area.

“People’s conception of themselves, relies on the water level. So cultural health, but also commercial health, and social health, wellbeing, is all by the level of the river,’’ she says.

When we talk about how much western culture has to learn from Our First Nation’s People Nardi says she approaches it from a place of curiosity, based on her lived experience of being born on Gadigal Country but being from Gamilaraay Country and the feelings of displacement that came with that.

“You’re always thinking, ‘I’m not this, I don’t have that’, but when I was able to be proactive in trying to find how to practice and live the cultural way and it created connection for me,’’ she says.

“Because there are certain practices and stories I have no business being involved in; there’s a realm of access to Gadigal Country or culture in Gadigal Country that doesn’t belong to me. That’s not a prohibitive thing, if I allow that to belong to other people and to be cared for by other people and to be spoken about by the people, then that just means I’ve now got a connection with the whole mob.”

Nardi says it was spending time walking on Gadigal Country and imagining what it used to be like that changed the way she felt about her place in the world.

“I can get to know the place and understand the stories that are available to me, and create meaningful relationships and experiences with this place. And by doing what I’m honouring this country and I’m not doing anything that I shouldn’t,’’ she says.

“I realised that Gadigal Country was giving me this amazing gift, it was teaching me the skills I needed to connect and relate and understand Country. And I could take those skills with me back to Walgett and Lightning Ridge when I was able, and I could use that same framework that that Country had given me to understand my place in my own Country.”