Nick Boshier and the cast of The Moth Effect, which pokes fun at hard going issues

Why culture and creativity is arriving at just the right time

Nick Boshier is a reluctant environmental activist; the actor, writer and comedian best known for being one half of Youtube sensation Bondi Hipsters, prefers to think of himself as an artist with a role to play within activism. In his view, ‘when science, imagination and art merge, the possibilities are endless’.

It’s exactly the point of his new six-part TV series, The Moth Effect, which takes a satirical look at some of the darker, and political aspects of our current world. Co-directed by Gracie Otto and shot in Sydney, the series features appearances from some of Australia’s best known actors, including Bryon Brown, Jack Thompson, Miranda Otto and Ben Lawson and rather than adding to the current heaviness of the world, it seems to strike just the right cord and is probably what we all need right now.

“From a dramatic point of view we wanted to make observations in satire at the systems under which we live, whilst trying to be funny. We wanted to avoid the trap of being more interesting than we were funny. And I think we succeeded at that,’’ Nick says

“Accidentally there are some activist ideas, but I don’t know if that’s our intention. I would like the world to be a better place, I’d like people to feel smarter and more in control generally. But in an eating corn chips with a pal, trying to make each other laugh, way.” 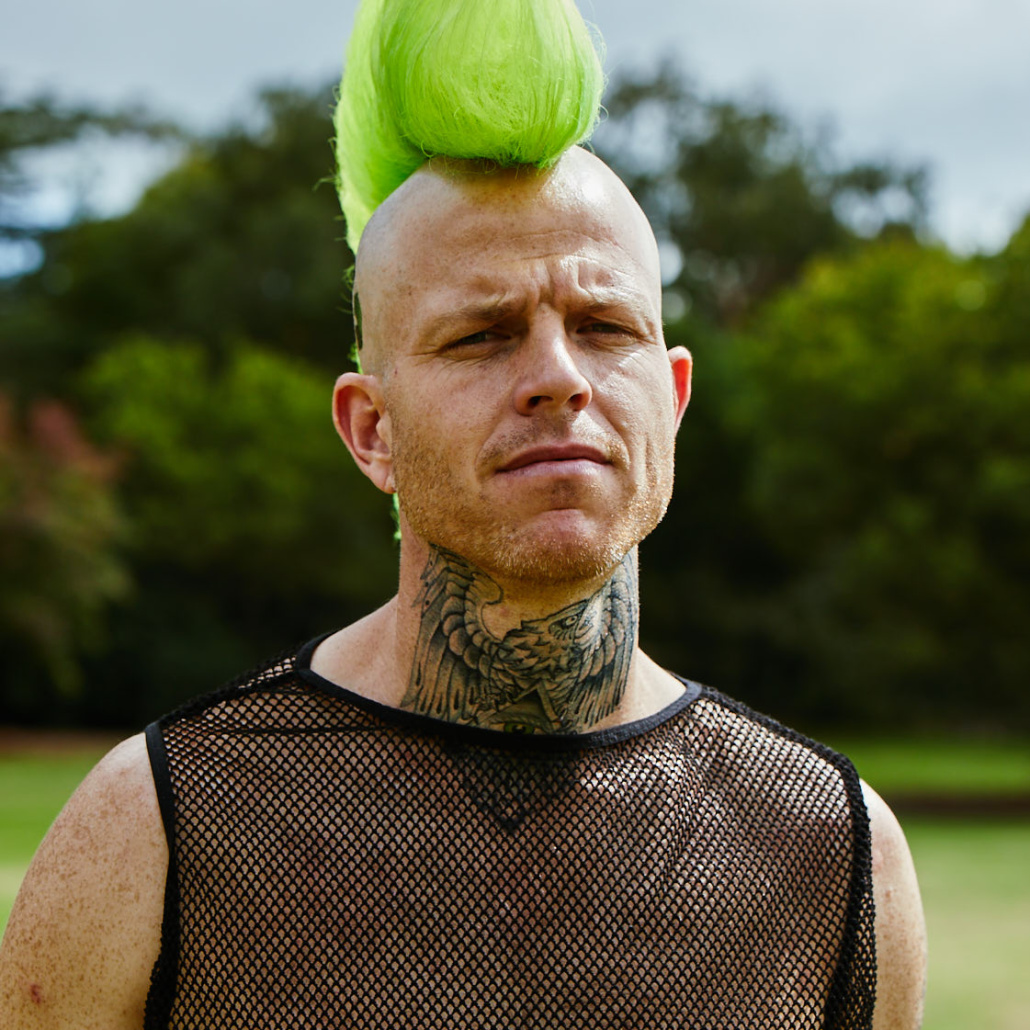 Nick Boshier in an episode of The Moth Effect

Nick is passionate about many things, including, and especially climate change, he spends much of his time at his St Alban’s farm and defines living a sustainable life as “having a kid with my partner and orienting them towards nature as opposed to a mobile and a crunchy toy that distracts them”.

“However, I just bought a two litre bottle of water from a petrol station, made of plastic. So I’m still very much part of the problem in a way, but I have my own personal tendencies towards sustainability that are at least true for me at this point in time,’’ he says.

The Moth Effect, is that a play on the butterfly effect?

I guess what we were referring to is like a moth’s mistake. Moths navigate relative to the light of the moon. However, moths misinterpret all light as potentially a navigational anchor point, and will find themselves kamikazing into campfires, thinking they’re going the right way. Many of us, myself included, are distracted by the wrong lights. So it was a play on the butterfly effect, but it was also a nod to the fact that moths quite often mistake a campfires for the moon, and all of us, myself included, are staring at our screens and we don’t know what we’re missing, or we don’t know how we might be going off track.

The climate crisis, is there still hope?

I absolutely know there is hope. And that’s exemplified by a new born child, or a weed cracking through a concrete pavement. I think the thrust for life, of survival, is great. And I guess unfortunately at this point in time, humanity is driven for the most part, by capitalist ideas. So we’re consuming at a rate that is unsustainable for Mother Earth.

But there are infinitely more acts of kindness and stories of survival day to day in the world than there are of negativity, and in that there is hope.

If there is hope, how can real change occur?

Change will happen if we are authentic as individuals, if we do it locally and we seek to kind of pursue it with a certain amount of excellence, I kind of think we’ll do okay.

Is creativity the answer?

There’s this quote that I adore that a friend gave me: “A culture is only as great as its dreams, and its dreams are dreamed by artists.”

And that to me, sums up the role of the artists in our society. It helps us postulate the future and helps us metabolise the present. I think artists do have a role in activism however, if you were to say: ‘You’re an artist, be an activist,’ it’s not the right way around. I would just say if you’re an artist, you have a phenomenally important part to play in activism, accidentally.

RELATED: This is grassroots change