For Chrissy Duigan and Teresa Palmer the story of their friendship is a true modern day love affair. They met via social media, discovered a shared view on the world, a love of Adelaide, and the rest as they say, is history. Both working mothers with six children between them, they wondered why there wasn’t a nutritionally-dense quick- fix that would meet their children’s and their own nutritional needs without any fuss.

And so they set about to create a range of supplements for families (particularly children) that would be sourced from organic, fair-trade, plant-based and environmentally kind ingredients. The Lovewell range was born.

“Lovewell came out of the idea that Chrissy and I are both very busy mothers, we both have three children, I have a step son as well, and as a mother you have such long to-do lists and we always found ourselves at the bottom of those lists,” Teresa says.

“It was really hard running a household and being parents, we had jobs and we were like, ‘why hasn’t someone created a shake or something that we can take in the morning give to our kids, that tastes like chocolate but that meets all their nutritional needs met, without fuss, without power struggles, and we’re getting a hit of health too?’”. 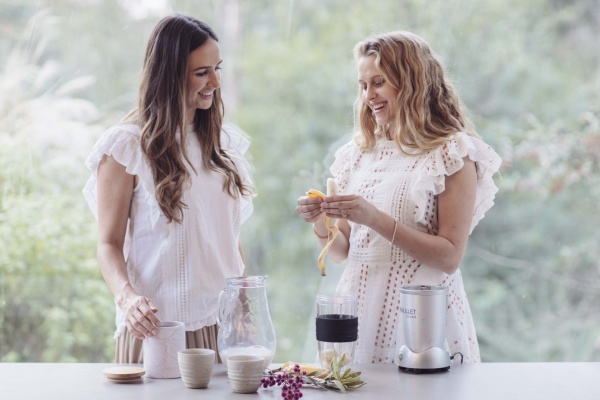 We spoke to Chrissy and Teresa about Lovewell, doing their bit for the planet and how they approach the juggle that is motherhood.

We love the story of how you met, can you tell us more about it?

We’ve known each other for going on nine years. We met over social media, we’re both from Adelaide so that was something we immediately connected over. When we met in real life it was love at first sight, basically. It was so lovely to find someone who was so aligned; our values and our passions. It was just a really organic, lovely friendship. Now we are both spending a lot of time in Adelaide, which is our dream.

Tell us about the beginning of Lovewell

Once we started asking ourselves, ‘why hasn’t someone created a shake for mothers and children’ we couldn’t stop thinking about it. At first it was a very casual conversation but then we couldn’t stop talking about it. It was a sign to both of us that this product really needed to be made and there was just nothing like it on the market that we were interested in.

For us we wanted it to nourish from the inside out, to promote skin health and radiance and be the one thing you have every day that nourishes you. For little ones it had to be perfect for strengthening bones, boosting immunity and improving cognitive function. 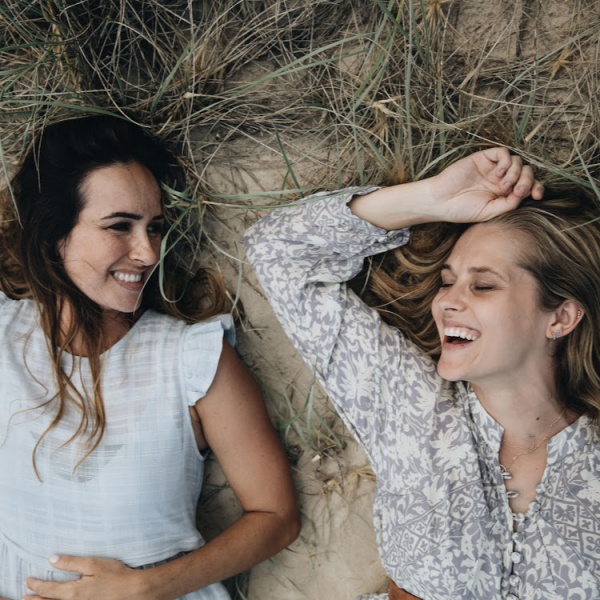 Your philosophy is all about nourishing your bodies and your children’s bodies from mother nature, does that spill over into other areas of your lives?

I’m really excited about all the amazing movements happening right now, bringing awareness to climate change and sustainability and living a greener lifestyle. Lovewell products are plant based and we have biodegradable packaging. We are really trying to lower our carbon footprint for our children and for the future of Mother Nature. She gives so much to us and we want to give so much back to her.

How do you talk to your children about Mother Earth and climate change?

My family are all vegan, we made the switch last year. My son Bodhi  is the most passionate little vegan in our family. Even just the other day at the school picnic someone was talking about climate change and Bodhi was just like ‘they should just go vegan!’ I think right now we are in a climate where the conversation needs to be had. We’re in the middle of a crisis and we have to make choices and decisions  that reflect what we want for our children and what we want for planet earth, so I think it’s important to incorporate the kids in those conversations in a way that’s not scary.

We love finding out how successful women approach the juggle, can you tell us what balance looks like for you?

If you can, try and break up with being the ‘yes’ person and stop saying ‘yes’ to all the things that land on your lap, balance is easier to achieve.

I’ve been saying it’s like having a garden and you choose 10 plants you know you can look after. You nurture those 10 plants really well and if you look at your week and something lands in your lap that isn’t feeding your garden, then you can be OK with saying no, because actually you are saying yes to yourself and to your priorities.

It doesn’t have to be 10, it can be any number. For me it’s family, work, health, Lovewell, friendship and so on. I know I can nurture those things and it’s helped me to not take on too much. RIght now I’m feeling a little closer to being in balance, but you know, peaks and valleys! 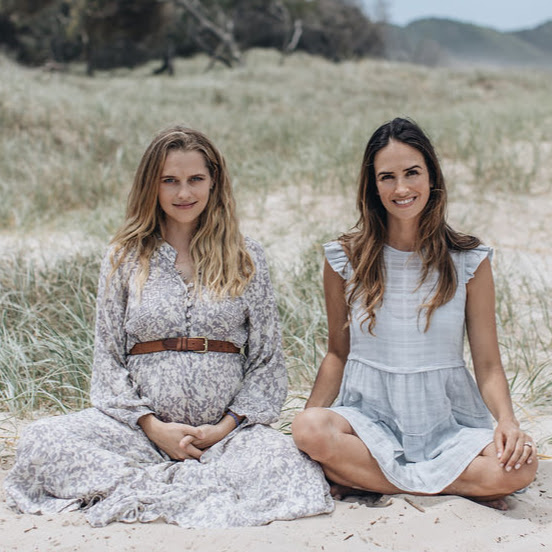