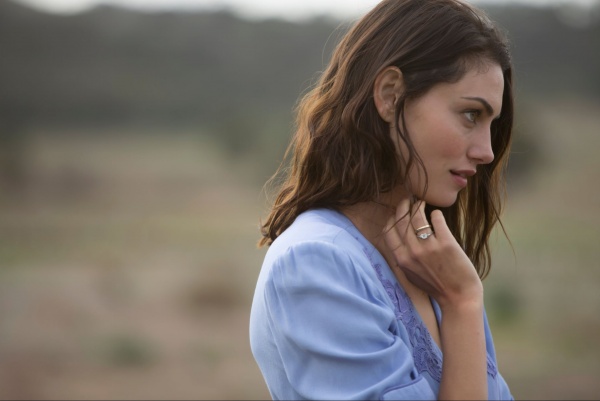 From climate change to feminism, why we love this down-to-earth Aussie actress

Phoebe Tonkin is like a breath of fresh air. With her porcelain skin and willowy frame she’s the epitome of natural beauty but there’s so much more to this Aussie actress that it’s hard to know where to start. We chatted with Phoebe during her recent visit to Australia, where she was refreshingly open and honest about issues she holds close. From human rights to feminism, her stance on climate change and US politics, it was certainly a departure from the run-of-the-mill celebrity interview.

But what really elevates LA-based Phoebe is the way she has been completely unafraid to use her influence to inspire action.

“If you live on this earth, I think it’s our responsibility to make sure it’s still here for future generations. I think it would be incredibly selfish to think, ‘it’s not going to affect me’ because by the time it does, global warming will truly devastate this world,’’ she says frankly, when we ask her what sustainability means to her.

There’s a lot that Phoebe feels strongly about, and during our chat a common topic we return to is how she sees it as her responsibility to voice her opinion so that others may be inspired to form one of their own.

“I’m fortunate enough to have a lot of lovely people who follow me on Instagram, and it’s nice to at least urge them to have an opinion in general; on everything from politics to equal rights, health and wellbeing of animals, feminism, or whatever it is,’’ she says.

Last year Phoebe used the social platform to urge her US followers to vote in the midterm elections, while back home in Australia she speaks freely about equality and pinpointing the current treatment of refugees as one of many issues she will stand up for. “I think the detainment of refugees is appalling and shocking. I think our time is up for Australia to abolish those sorts of prisons. These people have been there for years and years, and in such horrific conditions,’’ she says. 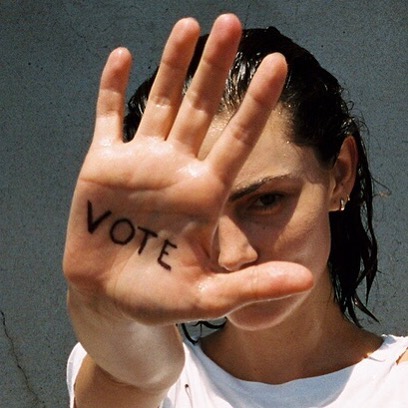 From appearing on Home and Away to the Vampire Diaries and more recently, Aussie drama, Bloom, somewhere along the way she has gone from teenage actress to global megastar. Along with her mates Margot Robbie and Teresa Palmer she’s part of Chanel’s inner circle, has appeared in fashion shoots for US Vogue and Elle and teamed up with Lara Worthington in Jenni Kayne’s #findyouruniform fashion campaign.

For the last eight years Phoebe has called the US home, the first five in Atlanta during the filming of Vampire Diaries and most recently Los Angeles, where she says her favourite things to do are have dinner parties, cook for friends and take road trips to one of her favourite places, Ojai. “I just kind of hang out,’’ she says.

The native Sydneysider lists fellow actress and aussie Teresa Palmer as one of her great LA mentors, further fueling our impressions of a super-talented posse of like-minded Australian actresses making waves across the Pacific.

“She’s (Teresa) another person that’s really passionate about the environment and making sure her family is aware of the food they eat and where it comes from,’’ she says of her friend who is also the co-founder of Your Zen Mama.

“She’s like like a sister to me, in that sense. She’s someone I can call up with any kind of problem, or news, or anything. She’s always a good listener and gives really good advice.” 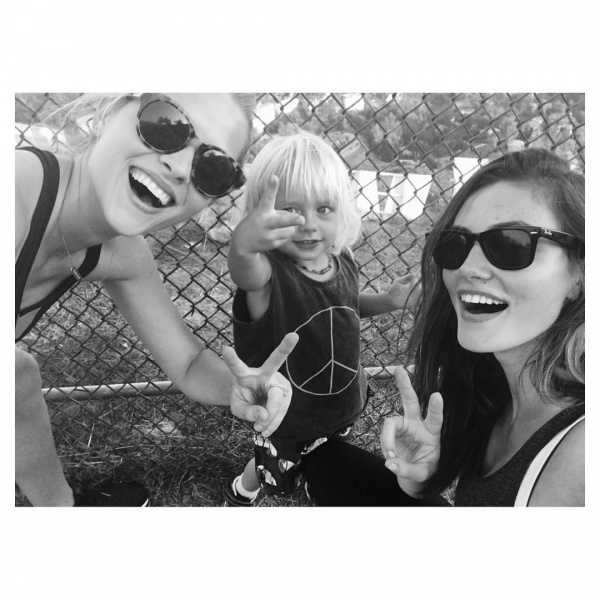 Here we chat to Phoebe about everything from voicing her opinion to her 4.9million Instagram followers, role models and mentors to what’s in her zero-waste kit and her favourite things to do in her down-time.

We love how fiercely passionate you are about feminism, what does being a feminist mean to you?

To me feminism isn’t gender specific, it’s that everyone deserves to be treated fairly and respectfully. It represents the fight for equality and freedom. I think it’s important to talk about, and that sort of feels like my responsibility because I’m fortunate enough to have a lot of lovely people that follow me on Instagram. It’s nice to be able to urge them to have an opinion on everything, from politics to the environment. 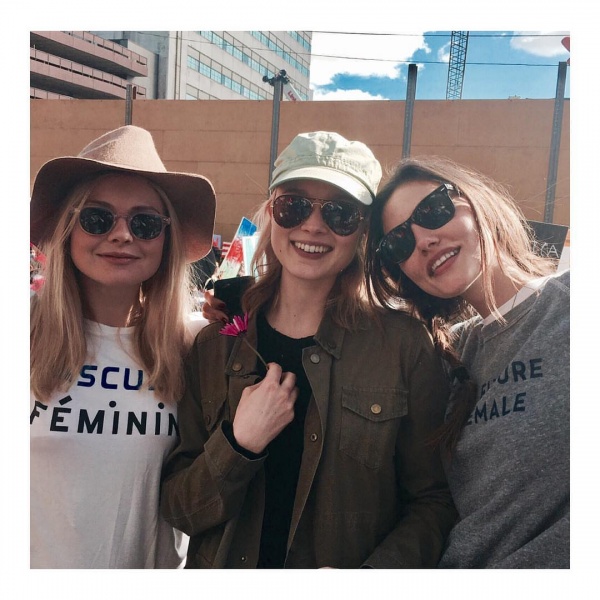 Phoebe at the Women’s March in LA. Image @phoebejtonkin/Instagram

You’ve previously nominated your mum as one of your biggest role models, tell us about her

She’s always valued working hard and being ambitious. To go for the things you want in life but also to enjoy life at the same time, it’s about finding that kind of balance. She taught us to be strong, independent young ladies. I think that’s just followed me as I’ve become older. We were taught that we had voices and that if we worked hard, we could do what we wanted.

We love you have a passion for the environment, have you always been like that?

I guess I have! Growing up I was very conscious of my environmental footprint. My dad is an absolute stickler for turning off lights. My mum grows her own vegetables and herbs in the garden, and really tries to avoid processed food. We kind of grew up eating that way, as well. Then I saw a documentary a couple of years ago called Cowspiracy: The Sustainability Secret which touched on the footprint the meat industry has, the deforestation that occurs, the factories that are built and how much of an impact that’s putting on our earth. Then there’s the amount of plastic we use. I don’t even think people really realise how much plastic they’re using. 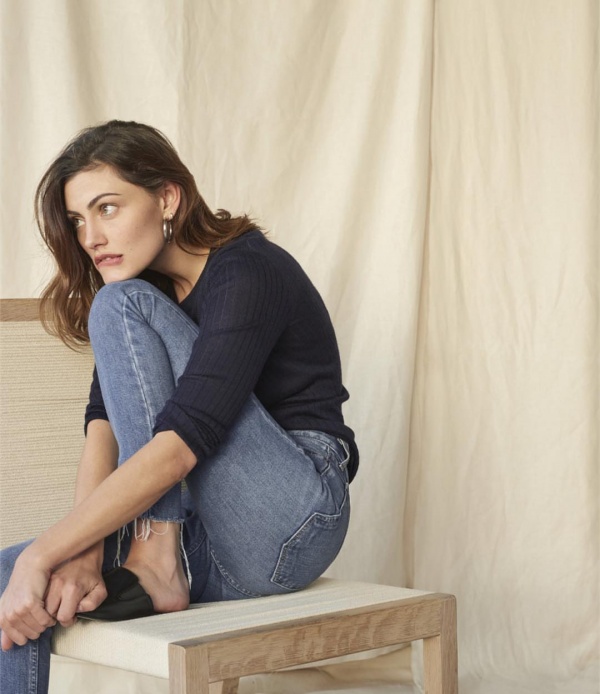 Let’s talk more about plastic, it’s almost impossible to avoid and yet it’s huge threat to our marine life, what are your thoughts?

This is generalized, but I would say, especially more living in America, we’re so frivolous with plastic use. I don’t even think people realise how much plastic they’re using. I just read about a study conducted on turtles where they found that half the world’s sea turtles have plastic in their stomachs. That’s horrible, and it not only affects animals, it affects the air we breathe, it affects our children’s generation. I think it’s really careless for any government to say global warming doesn’t exist, because it does. It’s our job to to do our part to prevent the destruction of this earth and, you know, our future.

Who inspires you to live more consciously?

There’s a girl called Julia  who is the queen of fighting for this earth. We did a video a little while ago showing us at the grocery store buying all our produce without using any plastic. It’s amazing how carelessly you use plastic every day and don’t even think about it. Whether you’re putting a few lemons in a plastic bag, buying bottles of water, or bottles of soda, or whatever. Seeing how easy it is to do that, without using plastic, was really inspiring. 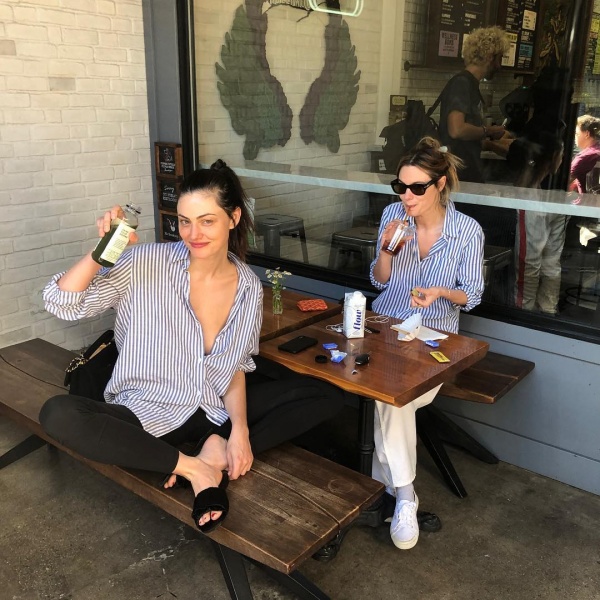 What about brands who inspire you?


I love Reformation. They’re consciously limiting their amount of new materials that they’re coming up with. I don’t buy myself a lot of clothes, but if I’m going to, I really try to gravitate to either vintage stuff or brands like Ref.

What are the small changes you’ve made to your lifestyle that have stuck?

I like to keep a bottle in my car, and a bottle at home. Same with coffee cups, I usually make my coffee at home, but when I’m on set, and I’m having an early morning, I always have my reusable coffee cup then. And I try to kind of casually suggest to other people to do the same!

What do you think people should know to inspire them to make small changes in their lives?

I think people need to see the effects of the waste they are creating. I would argue anyone who sees first hand the amount of plastic -and the animals that are being killed or harmed as a result – will at least think twice about the next time they maybe get a drink with a plastic straw in it. It just takes people to realise they can still live their lives the same way. I mean, you know, saying don’t use a plastic straw isn’t going to ruin your life.

What do you do for your personal wellness, to feel good?

It’s simple stuff, going to the beach, exercising, sleeping well, eating well. Not, staying up too late. Just nourishing myself in every way, whether it’s reading, watching good movies, listening to music, seeing people I love, my family, my friends. That always makes me feel the healthiest. 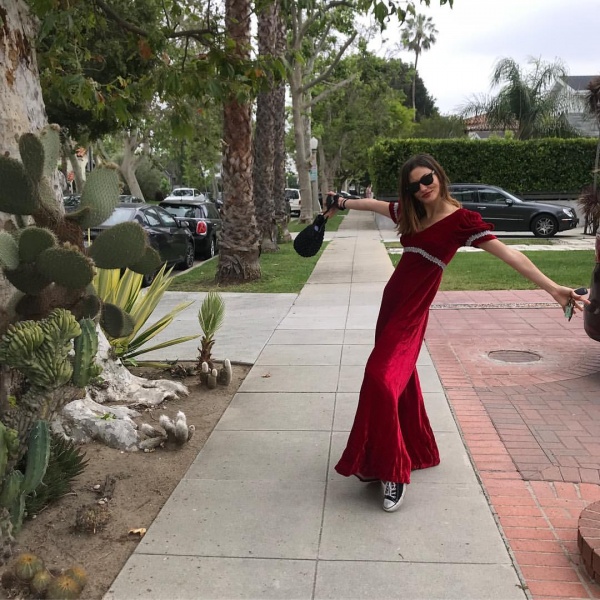