This Hollywood actress has created the ultimate organic baby skincare

Is there anything actress, entrepreneur and mother of two, Sarah Wright Olsen can’t do? She’s starred alongside Tom Cruise and Hugh Hefner, had roles in Marry Me, Parks and Recreation and noughties favourite 7th Heaven, studied horticulture and children’s book writing, and has two children Wyatt, 5 and Esme, 2 with her husband and Loop co-star Eric Christian Olsen. Kentucky-born Sarah also runs Your Zen Mama – an empowering online community for parents, with her friend Teresa Palmer – and if that’s not enough to inspire, the LA-based actress has just launched Bare Essential Organics, an organic skincare line for kids with her mum-friend and fellow actress Anna Schafer. We caught up with the brilliant and self-deprecating Sarah on the eve of Baeo’s launch to talk about organic skincare (of course), how much she loves being a mum (she wants one, maybe two more!), how she met Teresa and her hopes for her latest venture. 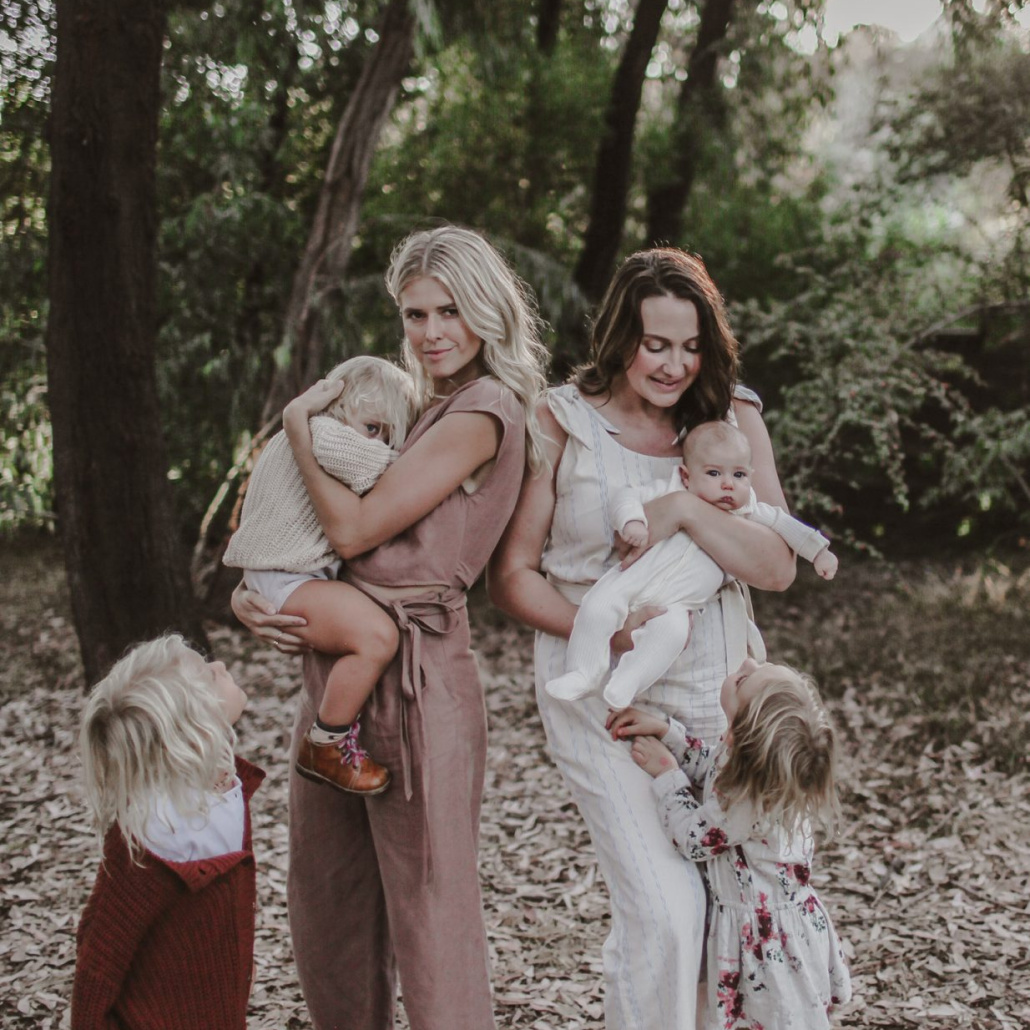 You’re launching Bare Essential Organics or Baeo for short, can you tell us about where the idea came from?

Six years ago when I was pregnant with my son I was going through all my products and discovering that ingredients actually penetrate the skin and go into our bodies and affect us on a different level – I’d never thought about it before. At the time there were organic products on the market but they didn’t have a nice smell or they didn’t work and there certainly wasn’t an entire range that I loved that actually worked and smelled amazing.

What’s in the range?

We’re launching with four products and want to roll out really quickly with more. We have shampoo and body wash, a moisturiser for any skin type, a balm for babies and a soothing face balm that’s in stick form that mums can use too. It has avocado oil, jojoba oil, castor seed oil. Next we’ll roll out with our SPF and another balm that we’re all obsessed with. It’s like a night-time massage butter that  smells incredible! 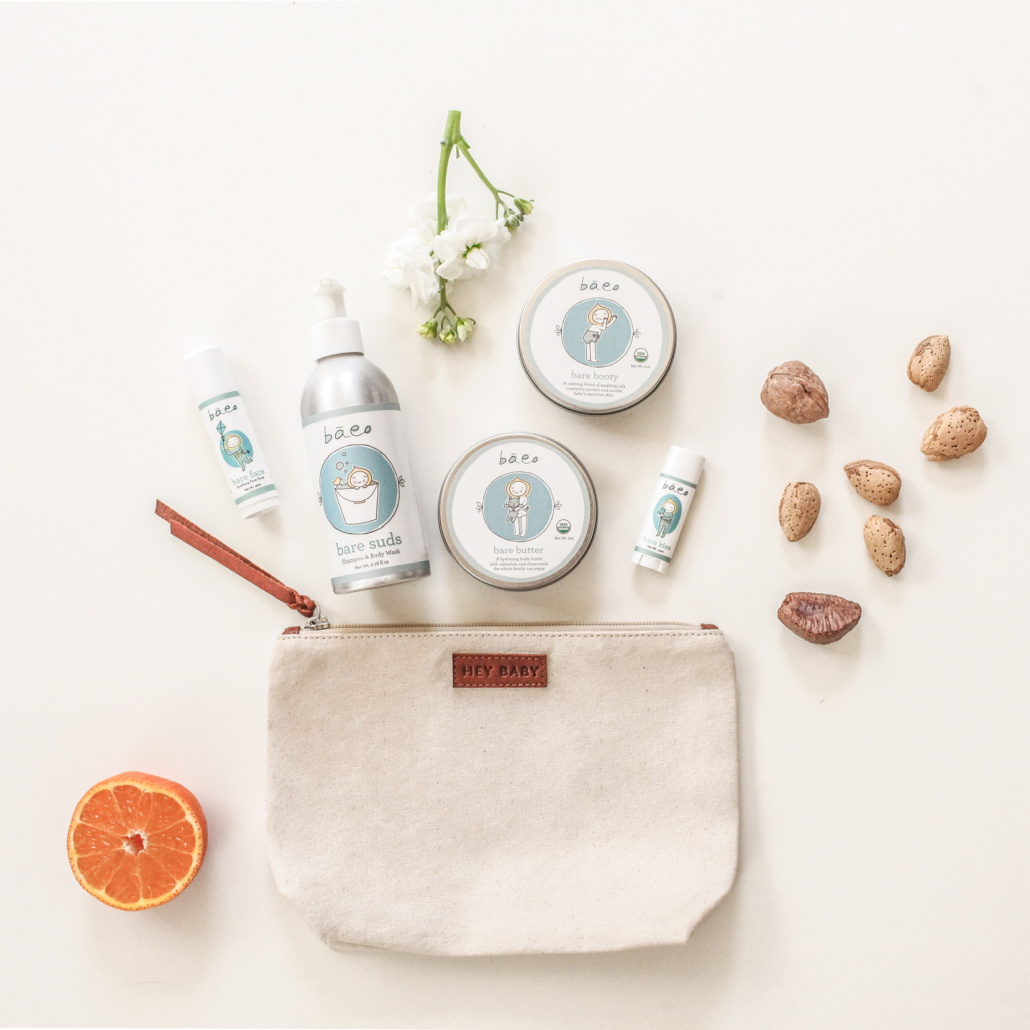 On top of creating a line of baby products (the entire family can use) that are certified organic, recyclable and cruelty free, you give back 1% of profits to charity and only partner with like-minded businesses! Can you tell us more?

We want to be able to provide an eco-conscious brand that tries to empower women and be aware of social issues. For example, we partnered with ABLE who started out with a collection of scarves made by women in Ethiopia. Their aim was to bring job opportunities to disadvantaged women and communities reliant on charity. They have a full range of products now like bags, jewellery, denim and shoes manufactured in communities all over the world and we worked with them to create our calico gift-set bags.

Did you ever imagine that by age 35 you would have two kids, have started two companies, and be a sought after actress?

Ah, no! I love acting, it feeds a part of my soul. I love being able to express myself and become a different character and perform in that way. But during the in-between times, because there’s always in between times, it’s like, what else can I do with my life to make a difference. In my early 20s I found myself doing classes at UCLA for writing children’s books, whilst I was taking horticulture classes. I knew I had a connection to nature, I knew I had a connection to children. And now I am kind blending the two together with Baeo.

There must be times when life feels like too much of a juggle, what do you do when you feel overwhelmed?

Yoga is my first go-to. Exercise always feels really good but I don’t always have time. I know it’s important for us to make time but also sometimes, we just don’t. I’m starting to make myself be OK with that. I have essential oils for stress and pain that I carry around in my purse. I often put those on my neck and something about it is really grounding for me. I also love to take a nice bath with my kids, or by myself. I also read!

You launched Your Zen Mama in 2016 with Teresa Palmer, how did you meet?

Teresa and I have been friends for a long time, we met at a breakfast arranged by a mutual friend in Los Angeles and we couldn’t stop talking. We talked about babies, how badly both of us wanted to become mothers even though we were only 24 or 25. We were so young and that was all we could think about and we’ve been friends ever since.

Where did the idea for Your Zen Mama come from?


I became pregnant with my son six years ago and about five months later she (Teresa) got pregnant with her son, we couldn’t find a community that really resonated with us so we decided to create our own! We curate a lot of the articles ourselves but we also collect them from women all over the world, the global perspective on motherhood is so fascinating – we’re all so different. 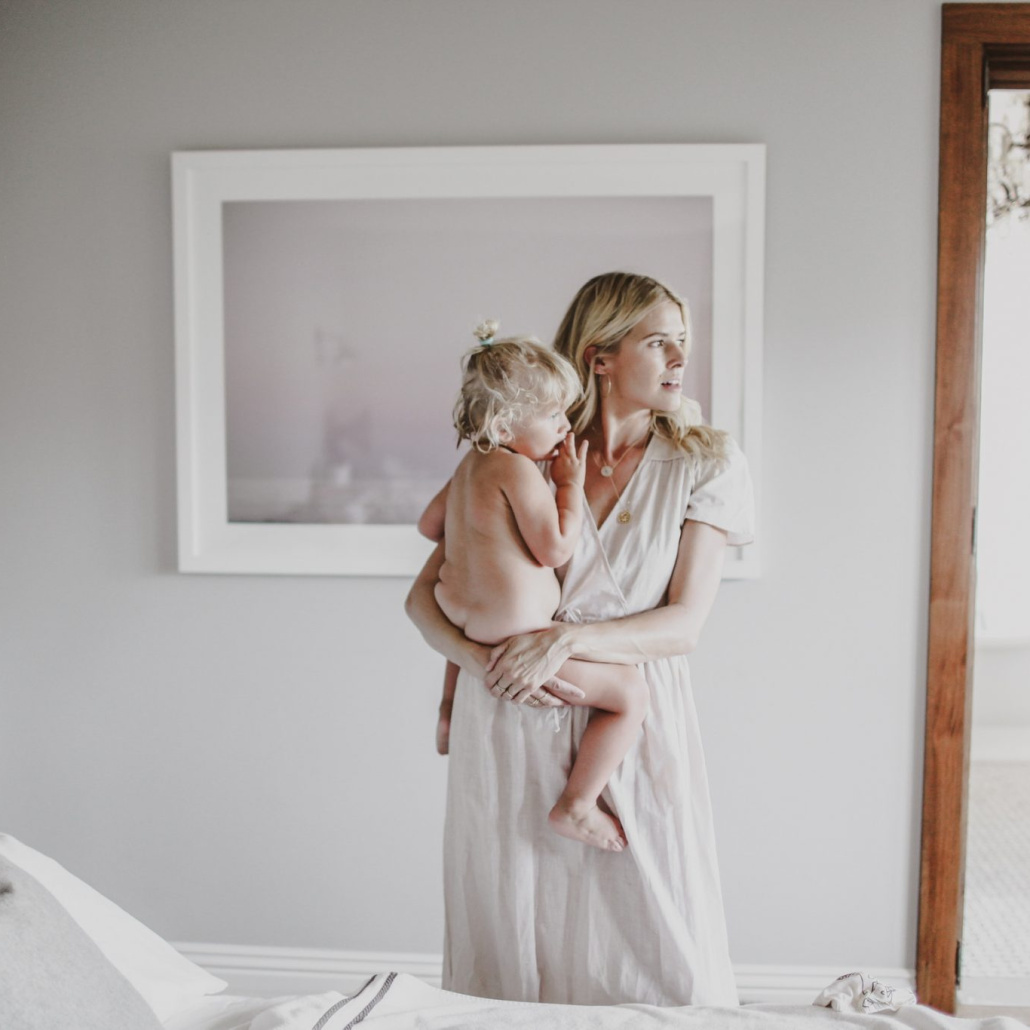 Has there been a story that sticks in your mind from your YZM journey so far?

For me personally I wrote a story about my second pregnancy journey, it was about how my father passed away while I was pregnant with my daughter. I was taking care of my dad during his last few months and he died when I was five months pregnant. During that time I worked really hard in therapy and in communicating with my friends and my family to make sure my head and my body were in a good place. It was a moment where I was so grateful I had this community to reach out to. So many women wrote back to me with similar stories like – “I lost my mother when I was pregnant with my child or I lost my father”. It was really comforting to read other people’s stories and to know there are other people out there who’ve gone through something similar.

You’ve been talking about having kids since you were in your early 20s, are there more babies in your future?

I want to have more children! I don’t know if I want one more, or more than one. I just turned 35 so I was like, OK I still have some time. I think I’ll birth this Baeo baby first! When I feel like we’re in a good stable place for our business, that’s when I think my mind and my body will be in a better place to to have another child. 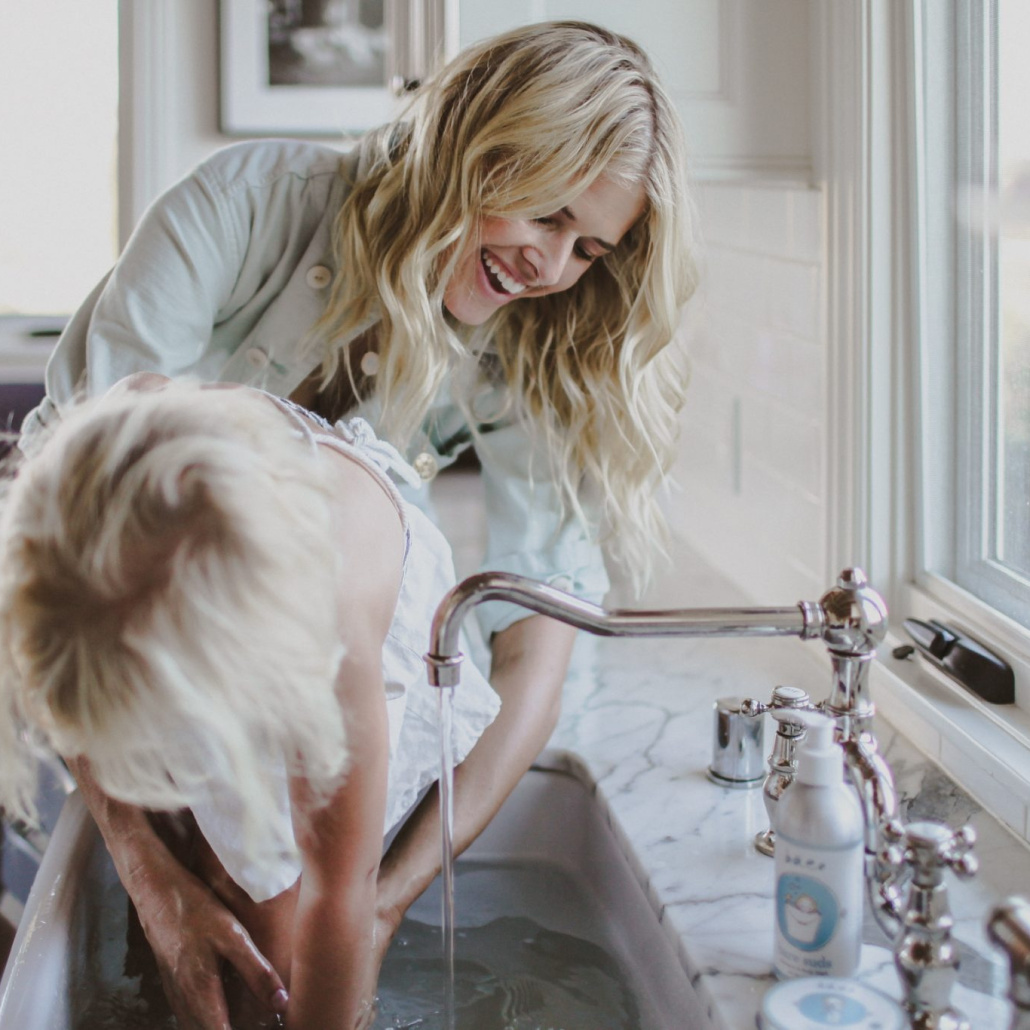 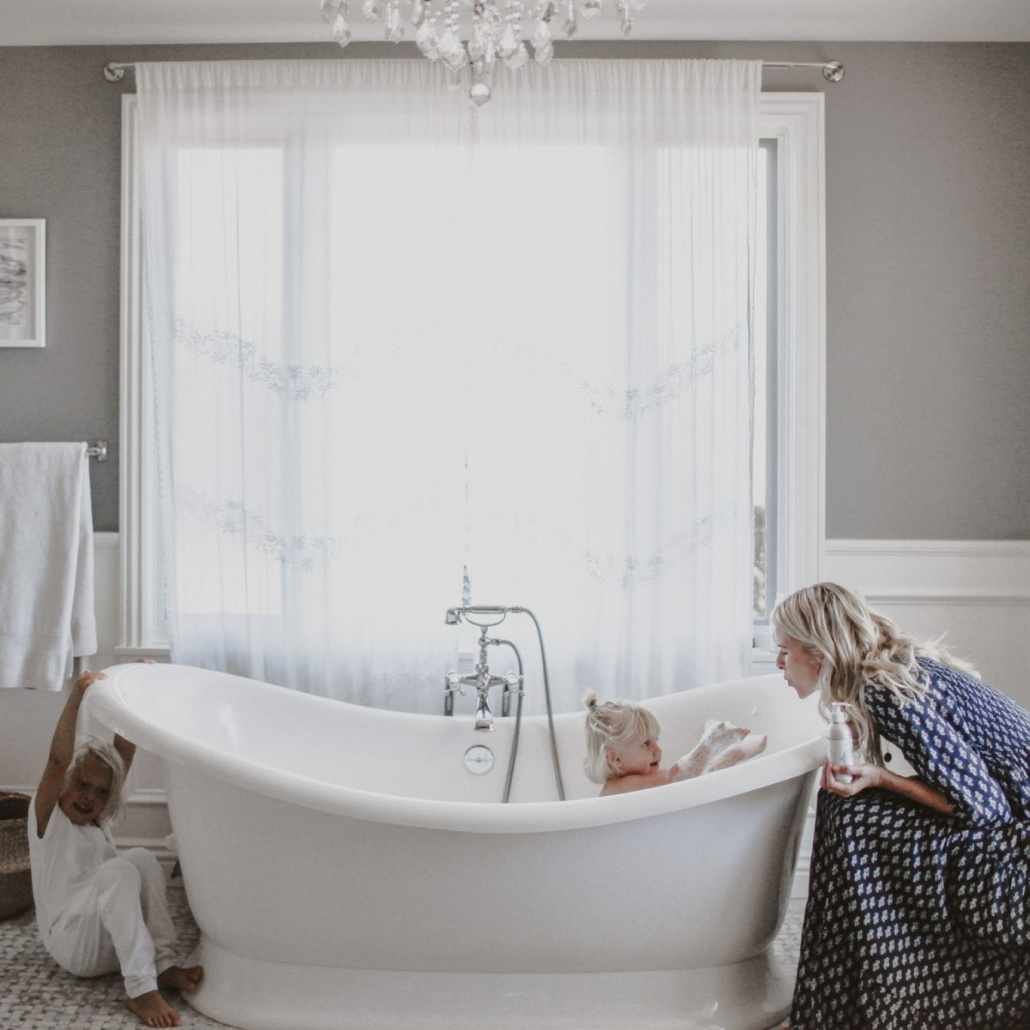