Why small change is better than no change at all

We all share a climate. We share its past, and we share in shaping its future. Right now we are at a critical moment for the Earth’s climate, which means we share responsibility for what we can do about it today.

Taking action on things I can directly influence has been fundamental to my evolution since the earliest days in my own climate journey. Getting my electricity bill down, reducing my food waste, buying less stuff, saying no to overpackaging – these things were all within my immediate control.

Achieving an action, however big or small, propelled me on to the next step, because I was seeing results, and wanted to do more. The upside was clear. I had more money in my pocket.

I had come away from the shopping centre with only what I needed. I was seeing less going into my bin. I was actually feeling as though I’d been set free, thanks to my new less-is-more kind of life. When I saw these immediate results, I began to see the connection between the way I lived and the planet that I live on. I realised everything I did was connected to Earth. I felt this in my heart, not just logically in my head. Making that emotional connection was profound.

To this day, I will tell anyone who’ll listen to just get going – to act in your own life, no matter how small the action you start with. That action leads to more action, which will lead to big lifestyle change, which leads to feeling powerful because you really are empowered. You find your confidence, and your voice and your storytelling, and suddenly you’re on track to transform your entire life, and to confidently demand more from governments, big brands and corporations.

Natalie Isaacs: The moment everything changed

My own breakthrough came in 2006. It was a hot, fiery early spring, which seemed to underscore the message of the film I was watching. It was US Vice President Al Gore’s breakthrough documentary, An Inconvenient Truth. The Academy Award-winning film laid bare the climate challenge for humanity. It offered a new narrative that stripped away the overwhelming complexity of climate change, and it began to map out a set of actions we could all take.

Until then, I’d been living my life as a disengaged citizen of Earth, strangely detached from any consequences of my actions or lifestyle. Suddenly, along with many others, I sat up and started to understand both how serious the challenge of climate change was and how I could engage with the climate crisis as an individual and as part of a collective.

In these early years, I saw things quite simplistically. Burning coal to create steam to spin turbines to generate the electricity to power my home was a big greenhouse gas pollution problem, and a primary cause of the human-induced global warming. So I responded directly, in my daily life, by working on cutting my family’s household electricity use in order to reduce our contribution to climate change.

I started switching more things off, to eliminate waste. I studied our electricity usage and found ways to trim it. I ditched our clothes dryer, using sun and wind and the backyard clothesline instead, and swapped out our old-style incandescent light globes, replacing them with energy-efficient compact fluorescent lights. Pretty soon I’d cut our electricity use by one-fifth, and our energy bill went down too.

Excited and encouraged, I looked for other opportunities around the house. I discovered that food waste was an enormous contributor to the climate crisis, and I led my household to cut our food waste too. We took more care buying food and stored it better, paid more attention to ‘use by’ and ‘best before’ dates, did more with leftovers, sent less to landfill and became more conscious as consumers.

For me, these small actions led to the birth of a right here right now agenda, one in which you see results that bring about immediate positive change – however big or small – and then move on to another thing, and then another. The more I did, the more empowered I felt, and the more I wanted to do.

Before this personal awakening, I’d felt powerless about climate change; it felt too immense and overwhelming, so why should I even try …? Once I saw the results from making changes in my daily life, though, and realised I was preventing heat-trapping greenhouse gas pollution from going into the atmosphere, I began to understand that I was a powerful player in the story.

In that moment of personal action, when I realised my power, I knew I needed to do all I could to leave the world a better place for my children, and now my grandchildren, too, and all the generations who will follow.

I was hooked. I had found my confidence. I wanted to know more, do more. I had changed my life, and that in itself was an unstoppable force. And I wanted to share my experience so I could help other women, those who had felt the way I had – disengaged from the rising emergency of climate change – empower themselves to change their own lives too. 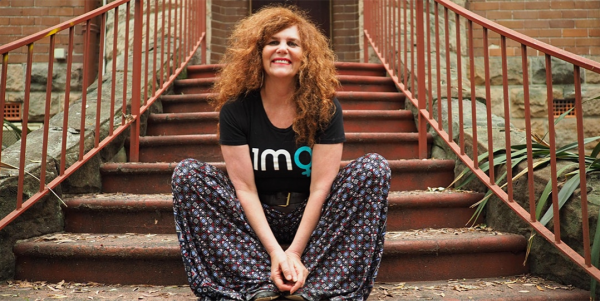 Natalie’s vision is for millions, even billions of people to make small change for profound impact

Out of this grew 1 Million Women, launched in 2009 with a mission to engage literally a million women to reduce their footprints across their whole lifestyle – home, work, food, fashion, shopping, travel. In those early days of 1 Million Women, we were teaching women and girls about living climate action in all aspects of our lives. And we are still doing this, over a decade later, because it’s as important as ever. We were raising awareness about climate change and also educating people about the impact of human activities on global warming.

We pointed out that the climate crisis is a human-made problem, which began with the birth of the Industrial Revolution in the mid-18th century, and the dramatic rise in the use of fossil fuels that followed.

By digging up coal to power their machines, and subsequently oil and gas, the early modern industrialists were simultaneously reinventing economic development and sowing the seeds of a huge new challenge for humanity. We were explaining the core role that burning fossil fuels plays in the climate story, taking carbon from its safe natural storage in the ground and seabeds and turning it into pollution and exhaust. How these increased levels of carbon dioxide and other greenhouse gases like methane were then accumulating in the atmosphere, where they form a blanket around the Earth, preventing excess heat from being radiated back into space.

We used to debate whether to call it ‘global warming’ and ‘climate change’, which sounded too mild given what was at stake, or whether we needed to elevate our language and urgency to terms like ‘global heating’ and ‘climate crisis’. Today there’s absolutely no question the world is heating up rapidly, heading into a temperature danger zone. We know we are facing a crisis for the planet’s climate, and in terms of time to act, it’s now an emergency.

From the beginning, we implicitly recognised women often experience climate problems, and solutions, differently from men. We were seeing market research showing that, on average, women were more concerned for the wellbeing of the environment and future generations than men. We also saw that women were doing most of the day-to-day purchasing that drives household consumption. At the same time, we knew that women were overwhelmingly underrepresented in climate-related debates and decision-making, and around the negotiating table on climate – and in governments and corporate boardrooms where big decisions were being made. 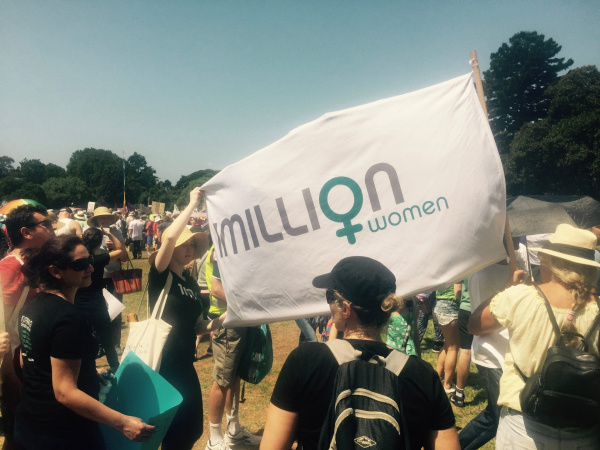 Women were (and still are) 51 per cent of the population, but our voices weren’t being heard, or were being disregarded. Too few people were really thinking about a gender dimension for climate awareness and action. This mirrored the broader, chronic underrepresentation of women in positions of power, a gender equity deficiency which women are still struggling to overcome.

I began to truly understand that climate change is not equal, and that its consequences do not fall equally around the world. People living in developing nations, who have contributed the least to the climate crisis, are the ones with the most to lose.

And it’s the women and children of these countries who are already the most vulnerable: four out of five people being displaced by climate-related disasters around the world are women and girls.

It’s clear that a lot needs to change. Women can lead the way, working to drive climate action however and wherever we can. We can support each other. And we need to support those who are most vulnerable, stand up for them and help make their lives better and safer. Women everywhere have so much to offer to put the world on a better path, and even the smallest of actions makes a difference.

This is an extract from Right Here, Right Now (ABC Books) by Natalie Isaacs. 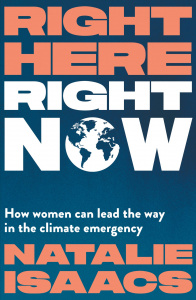 RELATED: Caring for Country and One Another

RELATED: How 3 experts want us to change the way we live