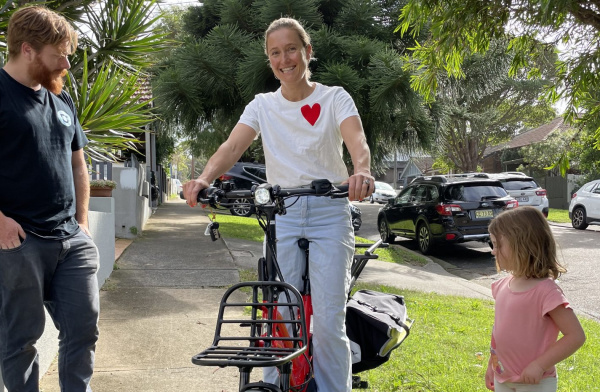 Jenny Ringland experiencing the joy of an e-bike

From beach to the office and everything in between

Since the arrival of those brightly coloured shared electric bikes in Australian capital cities in 2018, our fascination with e-bikes as part of the urban landscape has steadily grown. Whether you’ve rented one yourself on your daily commute because it’s faster than public transport, you’ve had takeaway or groceries delivered on one, or you’ve noticed more parents dropping their kids off to school riding one, chances are they are on your radar.

And rightly so because studies have found that by investing in an e-bike, an individual can reduce their emissions by 225 kg CO2 per year. Not surprisingly research has also found that cyclists (of both regular bicycles and e-bikes) had 84 per cent lower CO2 emissions from all daily travel than non-cyclists.There’s also the fact an electric bike is cheaper than a vehicle, with the added benefit of ticking off physical activity during use.

There is also the argument that e-bikes have far lower emissions when looking at their entire life cycle than electric vehicles, and that if we are to reduce global emissions fast enough, more people switching to e-bikes will have a larger impact than the current slow uptake of electric vehicles (especially here in Australia).

But what is it really like to ride one? Is it hard to charge? Am I brave enough to ride it in the bike lane all the way into the city? Will the kids willingly jump on the back? And will it change my life? These are all valid questions that are hard to answer without actually trying one. And although they are wildly cheaper than a car (the average cost of an e-bike is $1500-$3000, with the upper limit reaching $12,000+) it’s still an investment that requires consideration. Which is where renting comes in.

Yes, you can grab the publicly available coloured rentals on every other street corner, but for a more premium experience, complete with saddle bags, optional child seats and crates there is another option in start-up Lug & Carrie. They operate on a subscription model whereby customers have their e-bike delivered to their door and pay a weekly fee for its use. Curious about all the ways in which an e-bike would enrich my weekly scramble of pick ups, drop offs, travel to the office in the city, play dates, sport et al, trying before buying was an attractive offer.

An e-bike delivered to the door

My bike for the month, fitted with extended rails and a cushioned seat at the back for transporting a child, arrives at the door, with a friendly technician to talk through its operation. From locking, to charging, how to work the stand, and the different speed settings he goes through it all.

The thing about e-bikes as compared to regular bikes is they are heavy. But it also makes them feel more robust and I feel confident loading my four year old onto the back.

Having watched other families ride around our suburb on their e-bikes (I later learn that 80 per cent of Lug & Carrie’s customers are women) the kids are excited to each have their turn so I do loops of the block alternating between the three of them, flicking between the speeds to get a sense of the difference using the electric component makes.

My four year old loves it the most and convinces me to ride to her best friend’s house a few streets away and it’s only then I get to experience the difference the electricity makes cycling up a hill. It’s remarkably effortless, which seems obvious but experiencing it first hand is the only way to grasp how great it is. 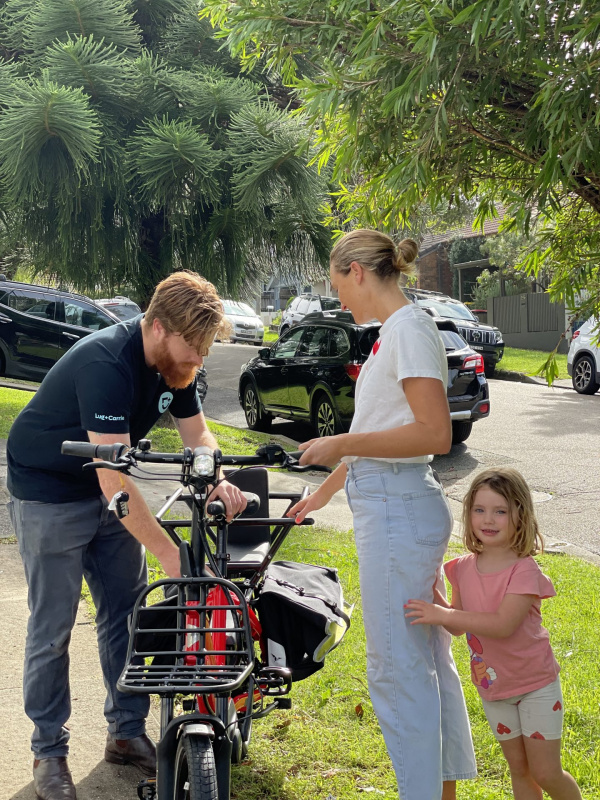 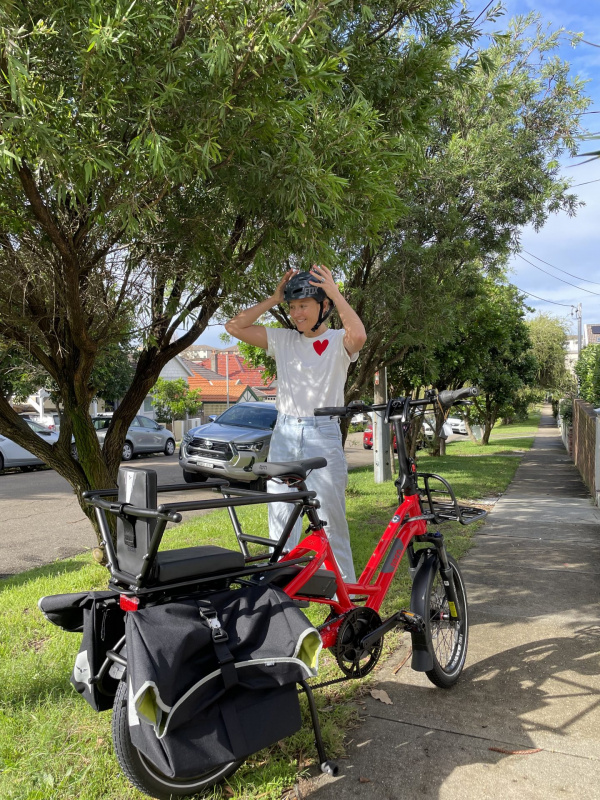 I’ve recently made the transition back into the office in Sydney’s CBD two days a week, which is usually a 40 minute bus and train ride away depending on the traffic. The suggested travel time of an e-bike on many travel apps is always faster than the public transport route so I have long been curious about giving it a try.

I map my route out the night before using a combo of maps and also anecdotal advice from neighbourhood friends who cycle to work. The great thing about the e-bike is I don’t have to worry about finding the route with the least amount of hills (we live near the beach and there is a steep climb out of our suburb). I manage to use a combination of bike paths, minimal road riding, cutting through Centennial and Hyde Parks with easy access to the city.

It’s almost 9am by the time I drop the kids off so I miss the bulk of peak hour traffic, and arrive at my building in under the estimated time of 30 minutes. Having already researched the end of trip facility in my building (I physically went and checked it out the day before I rode in) finding a spot for the bike isn’t an issue. And guess what, no sweat! My work attire has remained relatively crease-free, but I still feel the buzz from having moved my body.

By far the family member most excited about our e-bike is aforementioned 4-year old. Whether it’s a trip to the corner shop (which is only 100 metres away and doesn’t require a bike at all), a drop off at preschool or adventures to the beach or park it’s her most preferred mode of transport. Probably the only downside is, because the bike is quite heavy, it is a little tricky to manoeuvre in and out of our under-house storage, which is where it’s stored along with our regular bikes. But it’s still convenient and the joy both of us get from being on the bike, wind on our faces, is by far the best part. 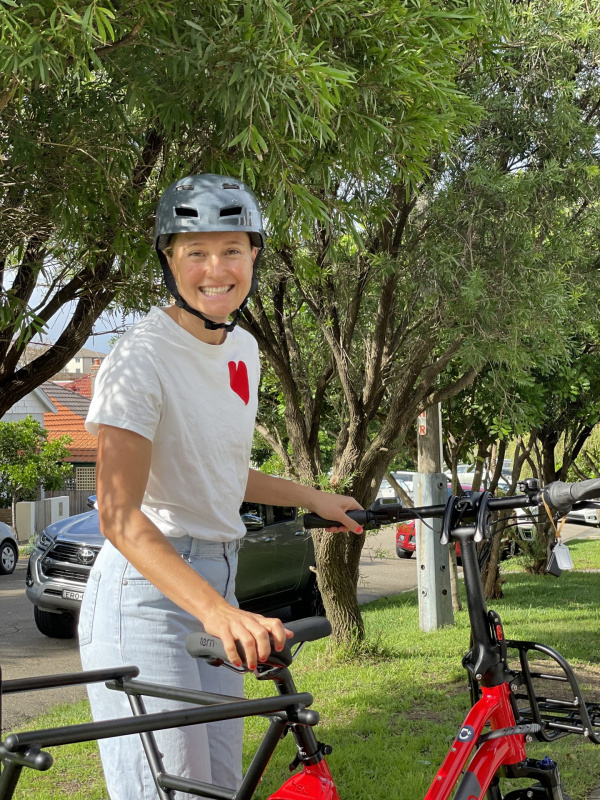 There is nothing not to love about using an e-bike as a form of transport. It brings joy and ease to our busy family life and we were all sad to see this one go. And that is without considering the environmental benefits.

Want to try before you buy? Head to Lug & Carrie

*The writer had access to the e-bike via a media loan.