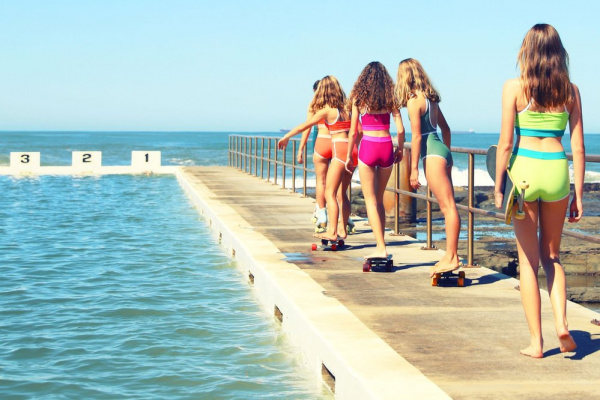 Cinnamon Cove is a sustainable swim brand by tweens, for tweens

Next-gen vision for the future

I was lucky enough to be in the audience recently of the Volvo Ocean Lover’s Festival, Blue Solutions Summit. It was an afternoon of expert commentary on how we have some much to learn about solving the climate crisis via researching the 95 per cent of our oceans which are yet to be explored. Which is an entire topic for another time. There were scientists, politicians and CEOs who spoke, all with years of knowledge and experience to impart, but the speakers that stayed with me for days afterwards were Myla and Liv, 12-year-old school girls from Newcastle who during lowdown decided to create their own sustainable swimwear brand Cinnamon Cove after being frustrated with the options available to them (either too ‘babyish’ or ‘seriously skimpy’, and rarely sustainable).

Their passion for addressing the climate crisis was inspiring and left me with a feeling of hope for our future thanks to an entire generation of kids raised with the knowledge they are going to have to fight for our survival.

So I asked the young entrepreneurs to share their story, what drives them, where their inspiration comes from and how they are managing the small business juggle now home schooling is a distant memory. These are Liv’s words. 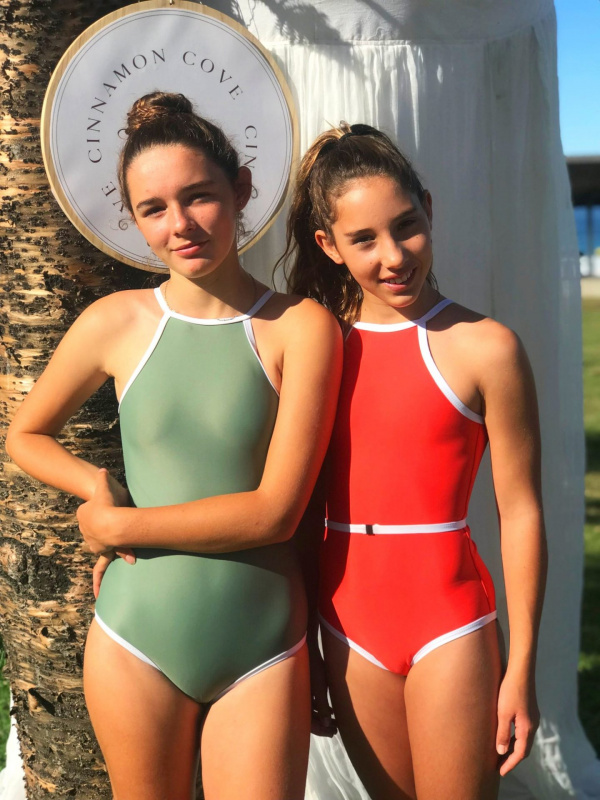 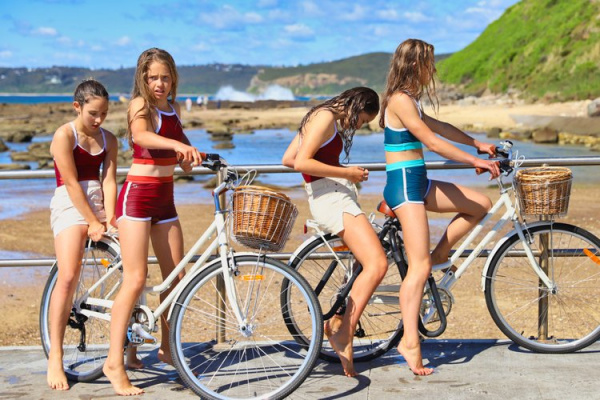 How do you feel about climate change?

As Gen Z, we have grown up with the threat of climate change hanging over our heads. It is a very real issue, and one that we think needs more action. Instead of shutting down coal-fired power plants, we’re making more. People don’t take it seriously enough – especially the people in charge. I think they need to realise climate change is affecting us now, and our really strange weather patterns and extreme floods and fires aren’t normal events. They need to realise that peoples’ homes are being washed away, and that there are things we can do to stop it.

What inspired you both to start your own swimwear brand?

During lockdown, Myla (my business partner) and I were heading down to the beach pretty much every afternoon after online learning, given it was the only thing we could really do. We noticed there weren’t very many swimmers that we felt suited us. They were either way too babyish, or seriously skimpy, neither of which we were comfortable with. We had always wanted to start a small business, and this was our perfect opportunity. So we created Cinnamon Cove!

What sets it apart from other swimwear brands?

What makes Cinnamon Cove unique is that we are tweens, designing swimwear for tweens. We found that when adults made our clothing, they didn’t really know exactly what we were looking for.

What has it been like to start your own company while you are still at school?

We began this adventure during lockdown, when we had a lot of time between lessons, so managing work wasn’t much of a problem. It began as a learning project. Now, because we have started high school and have a lot more work to do, it has become a bit harder. We dedicate every Friday afternoon to Cinnamon Cove work, whether that’s preparing for an interview or making new designs, and every day afterschool we check and respond to emails and package up orders. Sometimes, it is tricky and more than a little crazy, but I think, honestly, it is a great way for us to learn to manage our time. 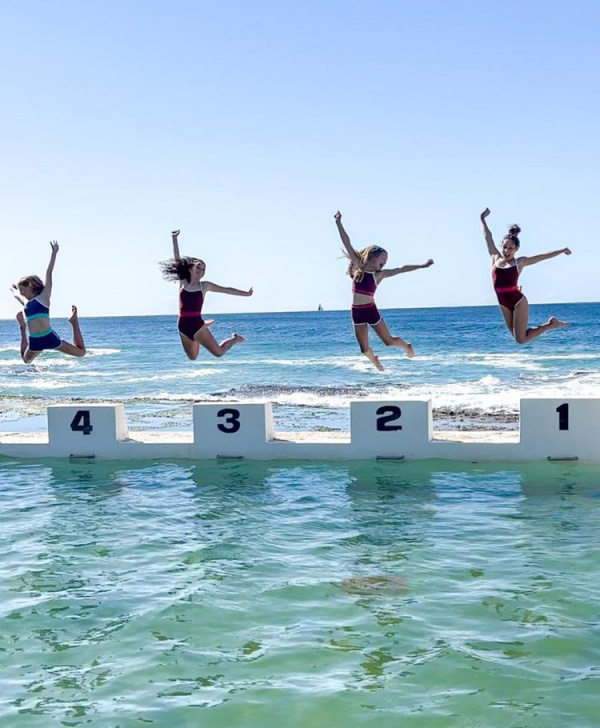 Where does your passion for the environment come from?

My dad works in climate change and the environment, so there’s a lot of talk about being eco-friendly in our house. I also lived in Bali for a few years and saw firsthand how pollution was destroying the ocean. Myla and I were determined from the beginning our swimsuits would be sustainably and ethically made, because are the next generation and we need to be the ones making good decisions. One of our biggest hopes is to inspire others to buy less, but to buy the things they love and know will last. We want to bring slow fashion to the tween and teen market.

We also heard about the New York Fashion Act, and thought it was such a great initiative, we really hope something like that can be put into place here in Australia.

What are the three biggest challenges you have faced so far?

Our biggest challenge has been on the production side. Sourcing truly sustainable fabric was difficult (there’s a lot of greenwash out there) but finding someone to make small runs locally has been even harder. Our vision was to have no waste by making to order. We want our swimsuits to be really special.  But the whole system is set up to force you to produce in bulk, and to push you  – because of cost – to produce offshore. This makes the swimsuits really expensive to make. But we think it’s important to not give up.

People also say ‘People aren’t going to buy your swimmers. They’re too expensive! If you move to offshore manufacturing and get cheaper fabric, you can make them much more affordable!’ But of course, part of being sustainable is having to pay that little bit more for something that is good quality and eco-friendly.

We have also found people take us a lot less seriously because of our age. We have had many people say things like ‘Can you pass me over to your mum?’ or just rip us off because they think we have no idea what we’re doing. (Which to be honest we didn’t in the beginning, and we’re still learning!)

What is your ultimate goal for Cinnamon Cove?

Our goal is to show that it IS possible to do things a different way, that you can love fashion and be sustainable at the same time. That you CAN introduce tweens and teens to slow fashion.

We also just want to provide more options – no more unicorns, no more G-strings, (unless they want to, of course).

Who is your inspiration?

My main inspiration is my dad. He works in the not for profit sector, and always works hard and achieves pretty much everything he wants to. He’s someone I really look up to and I’m so glad to have him as a parent.

Where will you be in 10 years time?

In 10 years time, we want Cinnamon Cove to have influenced hundreds of others to do what they love, and to do it while helping protect the environment. Of course, in ten years, Myla and I will no longer be tweens or teens, and so we would no longer be teens designing swimwear for teens. But, Myla’s younger sister Bonnie, who we named our first swimsuit after, might be the one to take on the job. Bonnie has a learning disability, but is always there to try on cosies for us or give us support.

The fashion industry has always interested Myla and I, but who knows where we’ll be?

RELATED: The future of Australian fashion is First Nation’s

RELATED: Why it’s possible to love fashion and want to save the planet