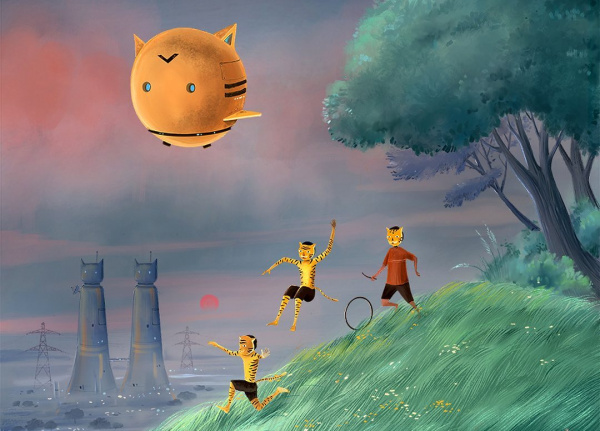 Crypto, NFTs, sustainability and you

Unpacking the hype (and environmental impact) around cryptoart

From the way we buy, sell, bank and book dinner reservations right through to the way we consume entertainment, the internet has been behind an evolution in behaviour ever since it became available to the public in 1993. But just as we wrap our collective heads around our various relationships with technology, the internet goes and throws cryptocurrency, NFTs and a big question around their environmental impact at us.

While not every cryptocurrency has a huge environmental impact, when the BBC reported that Bitcoin consumes more energy in one year than Argentina, it was hard to deny that many do have a notoriously high carbon footprint. In addition to energy consumption, cryptocurrency mining – which uses a specialised hardware that can’t be repurposed – also generates a significant amount of electronic waste as its hardware becomes obsolete.

And then there’s NFTs and their planet-warming implications which brands and publishers, all of whom are bandwagon jumping right now, need to consider. NFTs use blockchain platforms which require huge amounts of energy and contribute to blockchain’s increasing share of environmental impacts. While calculating the total environmental impact of mining and NFTs is not yet clear, the experts all agree on one thing; their overall carbon footprint is enormous.

For those who’ve googled “what is an NFT?”, let’s just say, we’ve done our fair share of research too, and with that, we thought we’d break it all down into bite size pieces for you. Because if there’s one thing the internet has shown us, it’s that sharing information encourages conversations that’ll help us understand this new wild west.

Crypto has been around for a while now, and there’s an expectation that you’re probably across the digital currency. But for those who need a refresher (or who never really understood it in the first instance), cryptocurrency is a medium of exchange, such as the Australian Dollar, but it’s digital and uses encryption methods to control the creation of monetary units and to authenticate the transfer of funds.

Many businesses have issued their own currencies (called tokens) and as of November 2021 over 4500 different cryptocurrencies were trading publicly. The total value of these is currently over $2.5 trillion (of which Bitcoin, the most popular, is valued at $1.1 trillion).

Whether you’re for or against cryptocurrencies they do use an enormous amount of energy which mostly comes from burning coal and other fossil fuels. Some crypto advocates would argue that renewables can also be found within the mix, but we can’t be clear on those exact figures. What we do know however, is that digital mining is a major factor in carbon dioxide emissions.

Cryptocurrencies work using a technology called blockchain. Blockchain is a decentralised technology spread across many computers that manage and record transactions (think funds transfers, settling trades, voting). And a major part of the appeal of this technology is its security.

And how do NFTs fit the picture?

When it’s predicted that we’re heading for a future where everyone will exchange NFTs (much like a barter system), it’s important we understand these tokens of trade. Basically, NFTs are a certified authentic digital file (anything from online art and music to a feature film), which allows the owner to trade them in an online marketplace.

NFT stands for non-fungible tokens. And non-fungible simple means unique. Think of it like you would the Mona Lisa – it’s non-fungible; an irreplicable, one-of-a-kind artwork. NFTs have unique valuations set by the highest bidder, just like a da Vinci or a Matisse would. But when a digital artist mints an NFT of their work, an entry into a digital ledger (aka a blockchain) is created. Currently most NFTs sit in the Ethereum Blockchain (Ethereum is a cryptocurrency but its blockchain supports NFTs). Watch this space though because as time goes on, other blockchains are implementing their own versions of NFTs.


Right, but how is this changing the face of the art world?

In a word, accessibility. There’s a lot of buzz around using this tech to sell digital art.

Think about the digital artist who, up until now, posted work online for free. Aside from escalating their social media status, there wasn’t much in it for the creator, certainly not financially. NFTs make it possible for that same author, musician, or filmmaker to sell and profit from their work more easily than ever before; for their work to become the ultimate limited edition.

The beauty of an NFT is that if you have a great idea, the barrier of entry into that space is so low, you can forge ahead and create one without the need for a corporate giant behind you to fund it. As more people adopt blockchain technology and use cryptocurrency to trade; it will only further enhance NFTs – because really, that’s the world in which they live.

And how does sustainability play a part in the process?

It’s a complex space, and there aren’t many scientific studies on the topic but from what we have researched, this new frontier for digital art is a victory for the artists but less so for our precious environment. With carbon neutrality high on the priority list for many businesses and consumers, as you’d expect there are already many artists, brands, and collectors of NFTs who are seeking environmentally friendly processes; and while we’re not there yet, with the fast expanse of the crypto and NFT realm, our fingers are tightly crossed that the tech space will deliver. And fast.

RELATED: How to combat climate change from your loungeroom