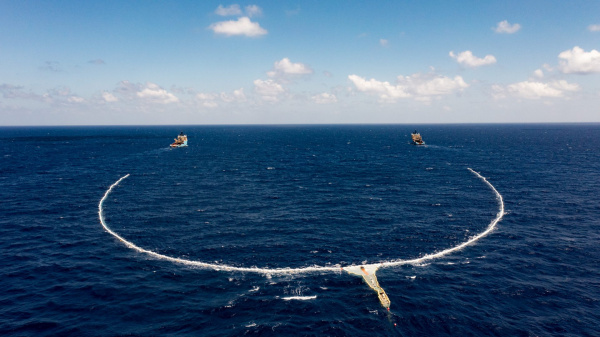 Source 002 - AKA - Jenny in action on the Great Pacific Garbage Patch. Image The Ocean Cleanup

It might just be the answer to save our oceans

What if we told you a team of scientists have proof of technology to harvest large amounts of plastic from the Great Pacific Garbage Patch, repeatedly, consistently and without harming marine life? And that it’s a scalable solution that can be applied the world over?

Henk Van Dalen, director of The Ocean Cleanup announced this week it’s possible to clean up the estimated 5 trillion plus pieces of plastic currently in our oceans via Source 002, and eventually Source 003 – AKA – Jenny. Over 12 weeks a series of tests took place, each one consisting of the system being taken offshore to safely gather plastic from the ocean between California and Hawaii, of which it was a resounding success.

“We all have a deep passion that we all preserve the beauties of the ocean and this week we are pleased to announce we have completed a thorough test campaign with successful results,’’ Van Dalen stated.

“We have seen the system safely interact with marine life during the campaign and we have shown we are able to repeatedly harvest large amounts of plastic.’’

In a statement on Wednesday, the organisation said it is now using the Jenny system to clean up the patch while also working on scaling up the design to System 003, “which is expected to be the blueprint designing for scaling to a fleet of systems.” That system, they said, is expected to be “three times larger” than the current one.

“While it’s just the tip of the iceberg, these kilograms are the most important ones we will ever collect, because they are proof that cleanup is possible,” Slat said in the release. “We still have a lot of things to iron out, but one thing we know now is that, with a small fleet of these systems, we can clean this up.” 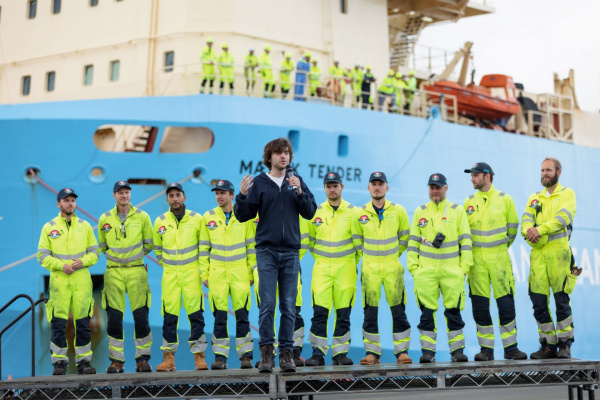 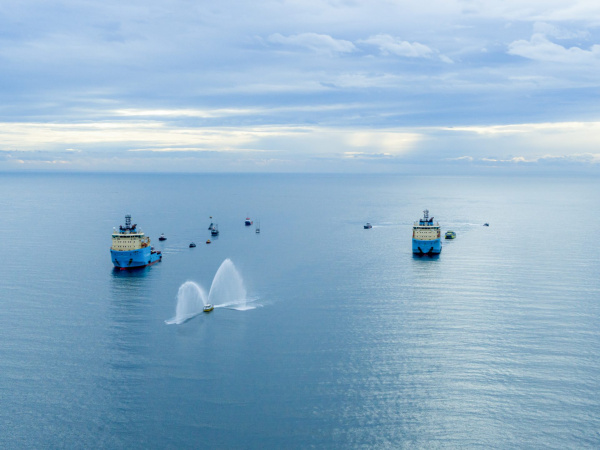 “It’s from a certain scene in the movie where Forrest Gump buys an unnamed vessel and tries to capture shrimp, and he’s not successful,’’ says Van Dalen.

“But then he decides to name the vessel Jenny, and after this, as if by divine intervention, he starts to capture loads of shrimp and his future really starts to flourish from there. For us, we believed System 002 was our ‘Jenny’ and it proved to be the case.’’

The Great Pacific Garbage Patch is the largest of the five offshore plastic accumulation zones in the world’s oceans. It is located halfway between Hawaii and California.

Experts estimate that 1.15 to 2.41 million tonnes of plastic enters the ocean each year from rivers, and that currently in the Great Pacific Garbage there is 80,000 tonnes of plastic, enough to fill 500 jumbo jets.

RELATED: What is COP26 and Why It Matters