It’s World Habitat Day: here’s what you should know

The connection between shelter and climate change

In partnership with Habitat for Humanity Australia

Of all the issues to care about in the world, the climate crisis is undeniably the most alarming to ever face humanity. Our job at G+S is to share the hope amongst the anxiety, to inspire and discover in a way that provides some form of balance.

What you might not know, (or might not have thought about much) of climate change and its effects – pandemics, extreme weather events and global warming – is the impact is not universally felt. It’s an issue we all have to deal with, but it impacts people and communities around the world in dramatically different ways.

Each year on the first Monday of October the United Nations acknowledges World Habitat Day, to reflect on the state of our habitats and on the basic human right to adequate shelter.

“The day is intended to raise a voice and remind everybody that 1.6 billion people in the world lack access to safe shelter,’’ says Habitat For Humanity Australia CEO Nicole Stanmore.

“I think it’s important to highlight that World Habitat Day this year is about accelerating urban action for a carbon-free world.”

In other words, this year the UN is focussing on the climate crisis, and its intersectional relationship with housing inequality.

“It’s about highlighting the effects of climate change, because when you think about cities, they produce 70 per cent of global carbon dioxide emissions, and the reason they produce so much is because of construction of buildings and housing and the related energy consumption, waste management and transport,’’ says Nicole.

It’s also about highlighting that while housing inequality exists, the climate crisis can’t be solved.

“If people’s housing needs are not met, they can’t even think about the next step, which is reducing emissions. I think as human beings we have a very important role to make sure that people have access to safe and affordable housing,’’ says Nicole.

“The World Bank talks about 30 million people being displaced in the last couple of years because of climate change. So that’s 30 million additional people that don’t have safe housing. But with rising sea levels, with the prevalence of bush fires, tsunamis, cyclones, we know that number will rise. The lack of housing is just going to be compounded and we know that climate refugees will continue to be displaced.”

Which is where Habitat for Humanity Australia comes in. In 2020, in spite of COVID the volunteer based charity successfully built 5 million houses in the Asia Pacific region. And although its international volunteer program is currently on hold until the borders reopen, there are local projects we can volunteer for, or donate to. 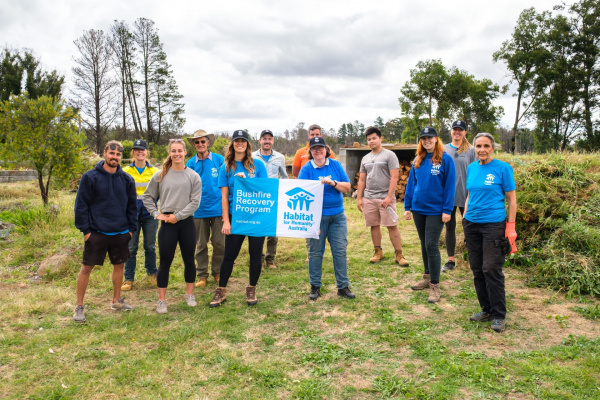 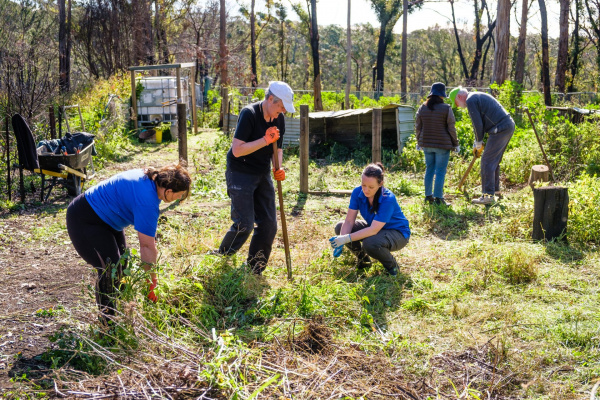 “Those volunteering activities, which have opened up again in QLD and are about to open up in Sydney, are to repair and paint crisis accommodation for women suffering domestic violence or to help survivors of bushfire, help them in their recovery,’’ says Nicole.

The main connector between what Habitat for Humanity Australia does and addressing the climate crisis is their advocacy for sustainable construction methods, which when multiplied on the large scale in which they roll out shelter has a profound impact.

“We believe that housing can be affordable and that it also can be sustainable, and that we all have a part to play in that,’’ says Nicole.

It goes on to say: “Green recovery packages can provide the spark that will get us moving rapidly in the right direction (of a carbon positive world),”

“Moving the buildings and construction sector onto a low-carbon pathway will slow climate change and deliver strong economic recovery benefits, so it should be a clear priority for all governments.”

HOW TO GET INVOLVED

Habitat for Humanity Australia’s work continues around Australia, through its home building and bushfire recovery programs, and in more than 70 countries around the world.