The birth of OzHarvest

How Ronni Kahn changed the way we view food waste

On the eve of the UN’s International Food Loss and Waste Day, this is the story of OzHarvest beginnings.

Very quickly I realised that whatever I could get for free, I should. Fifty thousand dollars had seemed like a lot of money, but once you hire your first staff member for a year, it’s suddenly not so much. I needed office space, desperately. I didn’t want to run the charity out of RKED. I knew it wouldn’t be good to mix the two. I wanted OzHarvest to be independent, though close to RKED, so I could run back and forth when I needed to, because I thought I might need to do that quite a lot.

I was essentially running two full-time business—RKED and OzHarvest. It got weird actually. Funny weird. I’d be discussing the intricacies of a five-course menu to a very fancy client, while at the same time imagining how I’d manage the leftovers, because I knew that no matter how hard I tried there always would be some. It felt a bit like having a split personality! Or like I was playing Robin Hood. It was an unexpected, thrilling juggle. It was never part of my plan to give up my event business. It wasn’t like this whole food-rescue thing was going to take over my life, was it?

The next big meeting that Julie arranged was with a new partner of their business, Greg Goodman. Goodman Group specialises in industrial sites, and that was pretty lucky, because that was exactly what I needed. I was invited to a meeting in a big boardroom at the Goodman offices. I walked in with a single intention: to be given an office space near RKED. There were twelve grey-suited men around an oval table, all with their arms folded. I walked in and said, ‘Hi! My name is Ronni Kahn and I’m here to tell you that I’m going to start a food-rescue organisation.’

I said, ‘My business is on Mitchell Road in Alexandria, and I don’t think the charity should run out of my office. So I need a little office space, and I’d really like one close to Mitchell Road, so it will be convenient for me to run my business and oversee this charity at the same time.’ ‘Okay,’ he said. And I said, ‘Oh, okay.’

Then he said, ‘What else do you want?’ I was seriously unprepared for any other questions. But I knew we needed a van. ‘Well,’ I said, ‘I’m going to need a van so we can rescue the food and deliver it.

‘Okay, I’ll give you a van. What else do you need?’ he asked. I was doubly unprepared for this. I had to think quickly. ‘Umm, two vans?’ I said in a high-pitched squeak. ‘Okay,’ he said. 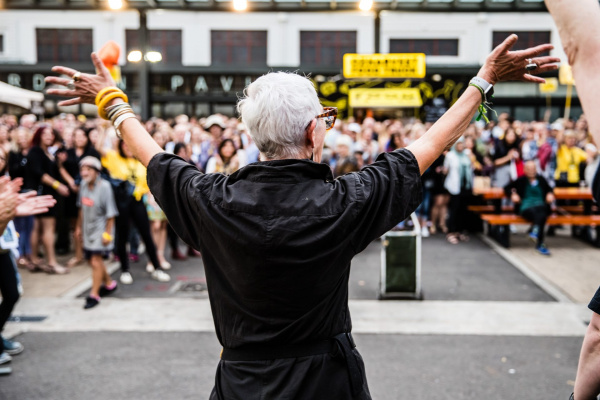 I was so shocked at this point that before anyone had time to change their minds I said, ‘Okay, I’m outta here! Thank you. Bye!’

Our new office was triangular, the size of a large broom closet, and was located in the storeroom of a café. I used to say, ‘My laptop really is on my lap!’ The space simply had a small desk and a phone, but it was exactly what we needed. 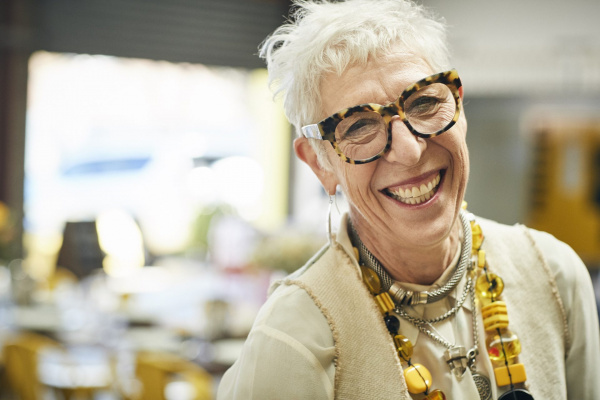 It turned out a lot of people had exactly the same problem I did. Beautiful, untouched food was going straight into the trash, and none of us had thought there was another alternative.

Then one day, Anthony called me and said, ‘I need you to meet someone. Her name is Elaine Booth. She’s just arrived from the UK. Her husband works for Macquarie Bank and travels a lot, and she doesn’t work and barely knows anyone in Sydney. She may be keen to volunteer, to support you in some way. And you could be doing her a mitzvah (Yiddish for good deed) because she’s bored out of her skull at the moment.’

I met with Elaine, and instantly I could tell she was brilliant, with an IQ of a million. At the end of the meeting, she said to me, ‘I think I can do one day a week.’ I’m pretty sure she thought she’d be answering a few phone calls when they came through. Little did she know that her intentions of ‘helping out’ would take the dramatic turn of completely ‘setting up’ OzHarvest!

Two months later, Elaine was volunteering for us six days a week. I don’t think she knew what had hit her. She fell for us hook, line and sinker! I was still full time at RKED, as well as securing OzHarvest funding and procuring donations such as desks, photo- copiers, computers, fridges and so forth. Elaine set up every bit of the office infrastructure. 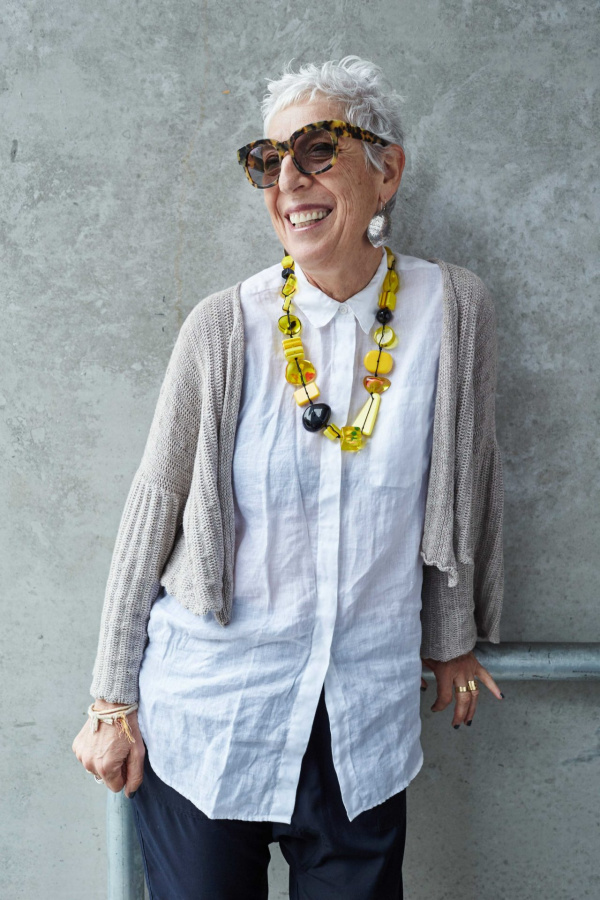 Within five minutes she was out buying our first vans, arranging refrigeration, hiring drivers, sorting out all the logistics. She had to work out matters such as how to get a van from A to B across the city in nose-to-tail traffic and no parking, or where to take half a ton of fresh food that’s suddenly been donated late on a Friday night. She was on the phone nonstop, broadening our network, calling food outlets, finding out if they had food left over that they might want to donate. Nobody knew us. We had to spread the word and explain what we did. She also had to call all the existing charities that fed people, give them our spiel and ask, ‘How can we help you? What do you need?’

I remember Elaine saying, ‘Ronni, all anyone wants to know is, “What’s the catch? How much is this going to cost us?”’ No one could get their head around the fact that this beautiful food was going to be genuinely free, and that OzHarvest would deliver it directly to them. Elaine had to reassure the agencies that we didn’t want anything from them other than their satisfaction! They were also concerned that we would not arrive when we said we would, which would throw their preparation and schedules completely out of whack. She established many relationships with amazing people who were doing their best to help others, with very slim resources. She had to lay the foundations of trust, so they could rest assured that we were reliable and

A few times when Elaine went to meetings at shelters, she was literally crunching used needles underfoot. The juxtaposition of the different sides of her life was not lost on her. She was out of her comfort zone in many ways, but was also happy and fulfilled to be with us. She was my very first volunteer, which was momentous in itself, but in addition I couldn’t have asked for anyone more incredble. She was and is a wonderful, capable and talented human being, who has left a real legacy at OzHarvest, and in our society at large.

Around this time one of Macquarie’s people, Jane Rotsey, recognised that there was power in the story of a founder, and she loved my story and the notion that food was being rescued. She started getting the word out about OzHarvest and started pitching it to media. It wasn’t long before I did my first radio interview, and suddenly more volunteers started lining up. Elaine and I would send them walking around the busy city streets, speaking to food businesses and telling them, ‘There’s this new charity, and you can give them your leftover food so it doesn’t have to go in the bin.’ People were really into it. Everyone can connect with the idea that food should not go to waste, and that there is something inherently obscene about throwing away good, unused food.

Before long, we began to have a track record under our belt. Food was being rescued and delivered, and we were ready to launch OzHarvest officially, to open our doors and make this thing real. In November 2004, I crammed ten people into our closet-sized office space and ceremoniously opened OzHarvest. I made a speech. I cried. We cheered, and we’ve never looked back. To this day, I can picture the space and the people. It felt totally surreal and yet it made all the sense in the world.

This is an edited extract of A Repurposed Life, by Ronni Kahn