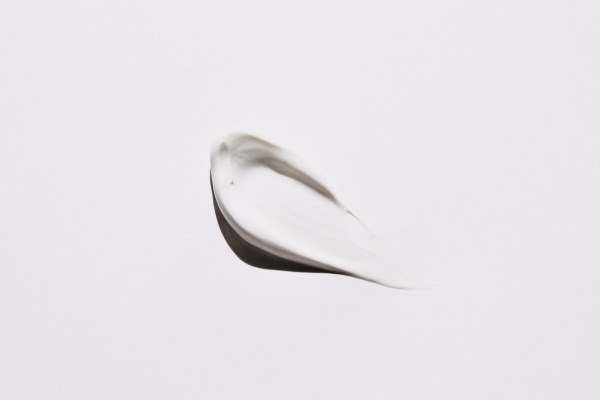 Julian Cribb wants you to re-think your beauty routine

The ingredients are impacting every person on our planet

Julian Cribb is an Australian author and science communicator. His career includes appointments as scientific editor of The Australian newspaper, director of national awareness for the CSIRO, editor of several newspapers, member of numerous scientific boards and advisory panels and president of national professional bodies for agricultural journalism and science communication.

As a science writer and a grandparent, Julian is deeply concerned about the existential emergencies facing humanity, the mounting scientific evidence for them, and the deficit of clear thinking about how to overcome them. He does, however, hold out plenty of hope that humanity can overcome these mounting difficulties, with a will, and his books aim to map pathways out of our predicament.

One of the first things that the modern citizen does upon waking each morning is try to get cancer.

When people shower, they bathe themselves in chemicals from head to foot, many of which are suspected or known to be toxic, carcinogenic or allergenic. They then go on to cover themselves in a positive chemistry set. Today’s shampoos, soaps, bath gels, cosmetics, lotions, hair sprays, deodorants and perfumes contain a witches’ brew of contaminants – most of them derived from petroleum – that add greatly to the ongoing total exposure of both the user and everyone around them, including babies and children.

”Over a lifetime you will potentially swallow a kilogram of lipstick,” author Dawn Mellowship cautioned her readers, noting the average women used 12 personal care products a day, every year she absorbs about 2 kilograms of cosmetics into her body and that, worldwide, use of cosmetics is out of control.

“I freely admit that, in days gone by, I was a toiletry and cosmetic addict . . . that changed when I developed a chronic illness that caused me to reevaluate my life and rethink my priorities.”

Yet, today, cosmetics are a growing industry worth over $700 million a year. Disingenuously, this is referred to as the ‘personal care’ industry. On the basis of the emerging science, ‘personal harm’ is closer to the mark.

The University of Toronto, which conducts one of the world’s leading research programmes into cosmetics, says:

We generally think that it is a personal choice to use fragrances; however, fragrance chemicals are by their very nature shared. The chemicals vapourize into the air and are easily inhaled by those around us. Today’s scented products are made up of a complex mixture of chemicals which can contribute to indoor air quality problems and cause health problems.

Some of these fragrance chemicals are known to be skin sensitisers. Some are also respiratory tract irritants and can trigger asthma and breathing difficulties. Asthmatics commonly cite fragrances as initiating or exacerbating their asthma. Fragrances are also implicated in vascular changes that can trigger migraines in susceptible individuals. Individuals with chemical sensitivities can experience symptoms at very low levels in the air, far below those known to cause harmful effects in the general population. Susceptible individuals can experience a variety of symptoms, including headache, sore throat, runny nose, sinus congestion, wheezing, shortness of breath, dizziness, anxiety, anger, nausea, fatigue, mental confusion and an inability to concentrate. Although the mechanisms by which fragrance chemicals act to produce symptoms are not yet understood, the impact on all those affected can be quite severe, resulting in great difficulty in work and study activities.

Concerned at the lack of official scrutiny or regulation of this popular but often poisonous form of self-adornment, the EWG publishes an extensive list of 9000 ingredients making up 152,000 unique chemicals commonly found in 85,000 ‘personal care’ products, to better inform consumers about health risks when making their choices.

Globally the situation is riskier still: many countries that produce cosmetics do so without any regulation or official scrutiny. So ubiquitous have these products become that every inter- national airport now presents a gauntlet of perfume and unguent sales outlets that must be run before the passenger can reach their flight. Like the alcohol and tobacco peddled alongside them, these luxuries may inflict serious harm – but, in contrast, warnings about their use are invisible.

“While the chemicals in cosmetics make us look, feel, and smell better, research strongly suggests that at certain exposure levels, some of these chemicals may contribute to the development of cancer in people,” states the USA-based non-profit Breastcancer.org, founded by Dr Marisa Weiss, which reaches over 200 million women worldwide.

It adds, ‘But because personal care products contain a diverse combination of chemicals, it’s nearly impossible to show a definite cause and effect for any specific chemical on its own.’ Another online group, the Campaign for Safe Cosmetics developed by organisations concerned with breast cancer, also publishes useful consumer advice on toxic compounds in cosmetics to avoid.35

Like the 7000 chemicals in tobacco smoke, it is nearly impossible to say which cosmetic ingredients cause harm to the health and wellbeing of their users or what effect their mixtures and combinations with other pollutants in air, food and water may have. Also, since the ‘cosmetics craze’ is a relatively recent global phenomenon, the longer-term warning signs are not as apparent or familiar to consumers as they are for tobacco or alcohol, which have been in use for centuries.

However, given the pleasure that these products evoke, it may be difficult for people who enjoy using perfume and cosmetics to appreciate they are in fact risking self-poisoning or exposing their babies, family, friends and colleagues to toxic risk in a manner scarcely different to tobacco smokers. The toxicity that, on average, people widely recognise in the cases of tobacco, alcohol, drugs and food is, in the case of the deceptively named ‘personal care’ products, blithely ignored.

Yet cosmetics use underlines a vital point about the nature of global contamination: this contamination arises not only from the unscrupulous or indifferent actions of large corporations and the seemingly benign neglect of governments – but also from the combined wishes, preferences and choices of billions of consumers who are prepared to risk trading their health, and that of others – including their children – for the immediate gratification that such luxuries afford. 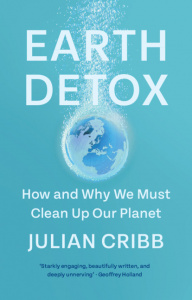 This is an edited extract from Earth Detox: How and Why We Must Clean Up Our Planet, available in all good bookstores now.