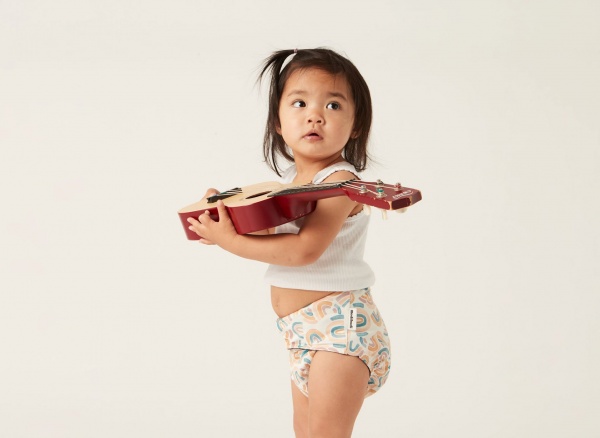 G+S writer Megan Prowd saved around 4,000 disposable nappies from landfill by switching to reuseables for her third child. Image Modibodi

Lessons learned from a third-time mum

When my third baby was small, I wrote about making the switch to reusable nappies. It seems hard to imagine now, but at the time, it wasn’t a simple decision. I was worried about the extra work and mess, but I was quickly convinced that I had made the right choice and never looked back. By my own basic calculations, I’ve saved around 4,000 disposable nappies from landfill and saved in the vicinity of $2,000 by using reusable nappies, and I can tell you, that feels great.

Here are the top four things I have learned on this journey, from babyhood, to using reusables with older kids.

Reusables last, but only if you take care of them

Sticking to the basics of reusable nappy care will get you the best long-term results with your nappies and help to extend their lifespan. The basics in a nutshell are – rinse soiled nappies and place them in a dry nappy bucket, wash them within 48 hours of use, avoid stain removers or other heavy products (which can leave a soapy residue and reduce absorbency), wash in your machine with a small amount of plant-based laundry liquid, avoid tumble drying and always line dry in the sun to harness the sun’s natural bleaching powers.

Every so often, your nappies will need what is called a ‘strip wash’. You’ll know when it’s time for this – usually odour is the giveaway, but it might also be reduced absorbency or more nappy rash. These problems are usually caused by a build-up of detergent within the fibres of the absorbent nappy liners – but this can be reversed. The simplest method of strip washing consists of multiple wash cycles; set your machine on a long, hot cycle with a large dose of detergent and when it finishes, keep setting it onto a rinse cycle until you no longer see any suds in the machine. If you’re finding your nappies are needing frequent strip washing, try reducing the amount of detergent you’re using.

Reusables transition with your kid

Covered in little buttons all over, one of the best things about reusables is you will likely only ever need one size, which can be adjusted as your child grows. Problems with leaking or nappy rash can usually be solved with a readjustment, or by changing your liners for something more absorbent (like a five-layer bamboo charcoal liner). If you’re finding that night nappies are dragging on a little longer than you would like (it happens), you can also buy a larger size of reusables, designed for kids up to 10 years old. These are great for older kids that still need them, as they look more like a training pant than a baby nappy. 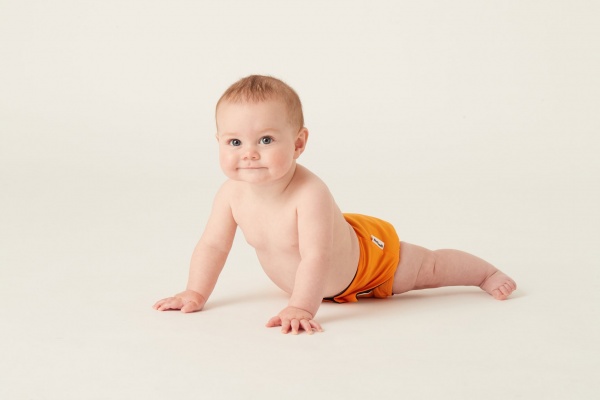 They can be sold or donated when you’re done

If you’re at the point of saying goodbye to nappies forever, firstly – hooray! But secondly, get your reusables ready to live a second life by handing them on to a friend, or even selling them second-hand (yes, this is a thing). In my house, our nappies found new life as play doll’s nappies and the nappy shells have even made great training pants for the early phases of toilet training.

Ultimately, I’m happy I chose reusables and relieved that I made a small contribution to reducing landfill. Was it extra work? Yes, but it was so worth it.

RELATED: Why I made the switch to cloth nappies

RELATED: The chemicals to avoid in baby products