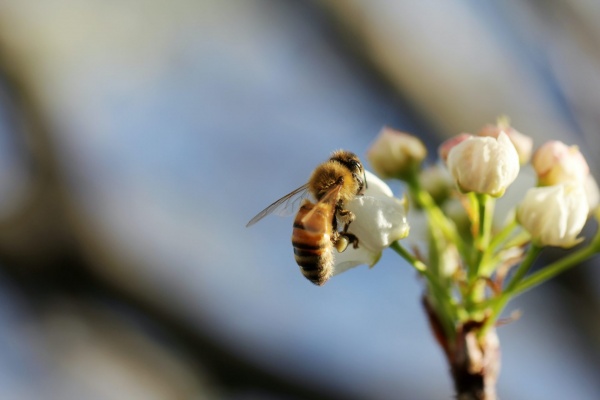 Biodiversity is the name given to the many different kinds of life found in nature, and it needs our attention

In partnership with L’Oreal

Biodiversity is a word heard often in conversations around climate change and sustainability, it’s kind of the unsung hero at the centre of our problems and in theory is what should be thought of first in our efforts to address the climate crisis. We know that we need bees, for example in order to maintain biodiversity, but it’s also a concept many of us stumble on, most probably because the interconnectivity of biodiversity is complex and so it makes sense that explaining it is tricky too.

By definition biodiversity is the name given to the many different kinds of life found in nature, including us (humans). For our planet to stay healthy and flourish it’s critical that every single species, from the grass on sand dunes, wasps, bees and everything in between is allowed to play its part in the virtuous cycle that maintains balance and supports life on Earth.

The problem is, we as humans aren’t playing our part. Deforestation, over consumption, globalisation enabling the spread of invasive species and pollution all contribute to a loss of biodiversity on earth. One quarter of all flora and fauna is facing extinction by 2050, there has been a 60 per cent decline of all vertebrate species and 66 per cent of our marine environments have been permanently altered.

When the facts are laid out it all starts to feel a bit hopeless, which is why when global brands like L’Oreal Australia, who has made ambitious commitments like all of it’s bio-based ingredients and materials for packaging to be sustainably sourced by 2030, and not linked to deforestation, share insight into simple tools for education, we are here for it. 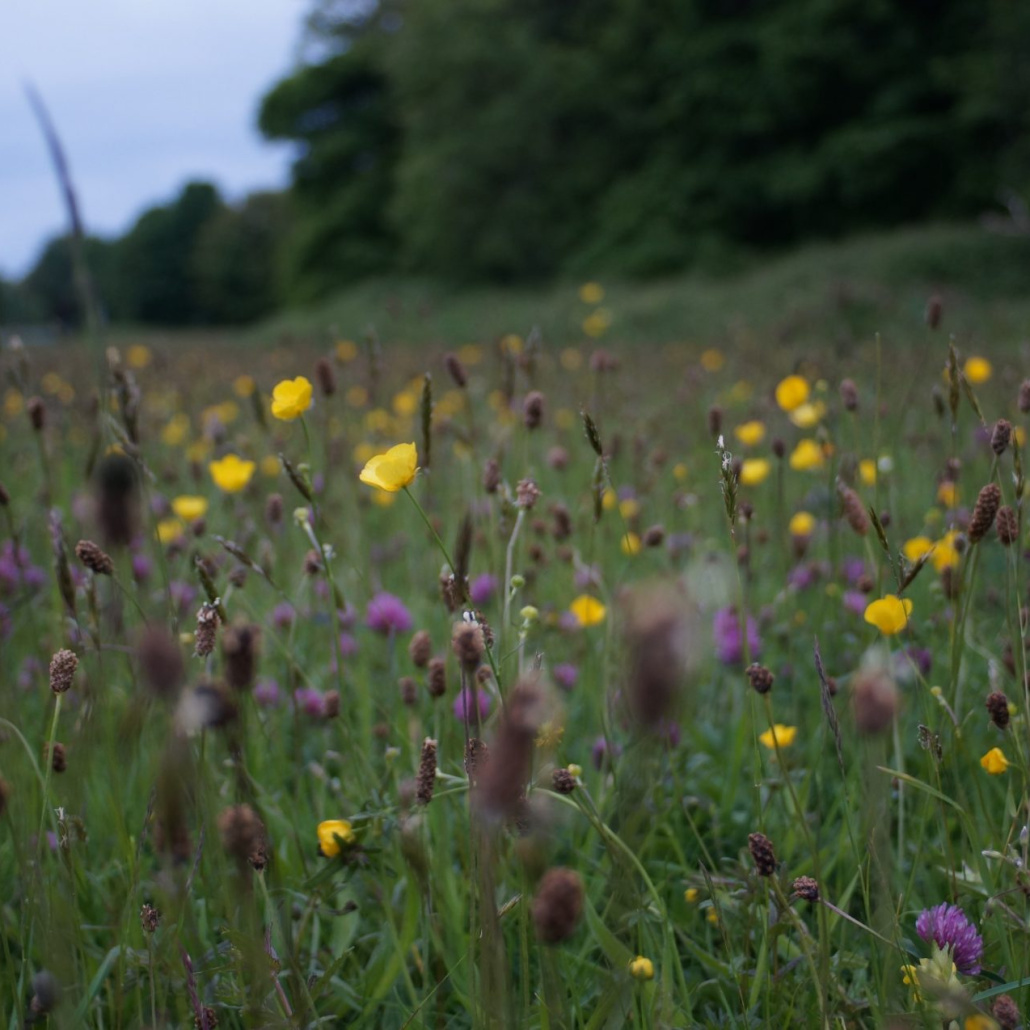 Deforestation, over consumption, globalisation enabling the spread of invasive species and pollution all contribute to a loss of biodiversity on earth. Image Cam James

Biodiversity in the making

“We were thinking about biodiversity holistically as a business, and we sat down as a team, and thought, we can do a whole range of simple things, like tree planting for example. But then it  dawned on us that we had an employee, Sima Tomici who has worked in our team for 11 years as one of our forklift drivers, is a very passionate beekeeper. He is a guy that loves bees. His passion for this hobby of his, is just amazing,’’ David O’Leary L’Oreal Australia Director of Physical Distribution ANZ says.

“And all of a sudden, we thought, adding beehives to our site is probably going to have a more significant impact on the ecosystem locally, than some of the other ideas that we had. Suddenly we had a really meaningful project, with in-house expertise, spreading the word about how important bees are.”

Much has been written about why bees are essential for the health of people and the planet, and how our growing population has put them in crisis. Honey and other products have medicinal properties, and the role of bees as pollinators makes them vital for food supplies. Which is why when a company like L’Oreal embraces the knowledge of one of its workers, who happens to be a third generation beekeeper, it shows the true grassroots dedication that is possible.

It’s all about the bees

Sima is a third generation beekeeper who migrated to Australia from Romania 30 years ago, by day he drives a forklift for L’Oreal but his real passion and heritage lies in educating his community about bees.

You’re just as likely to find him rescuing a fallen bee from behind the hives during winter (they get cold and can’t fly, Sima warms them up with his hands and puts them gently back into the hives), or workshopping alternative methods to pesticides, as you are to find him driving a forklift in the warehouse. 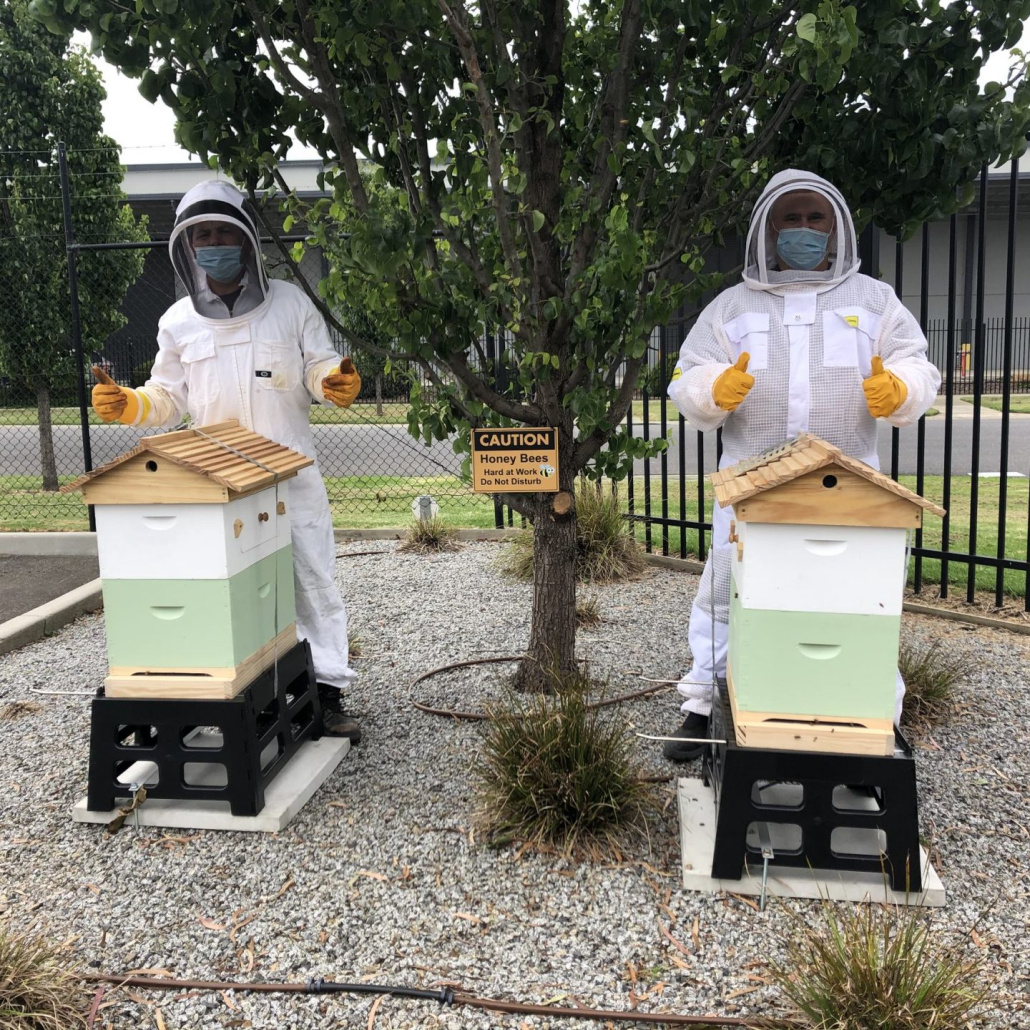 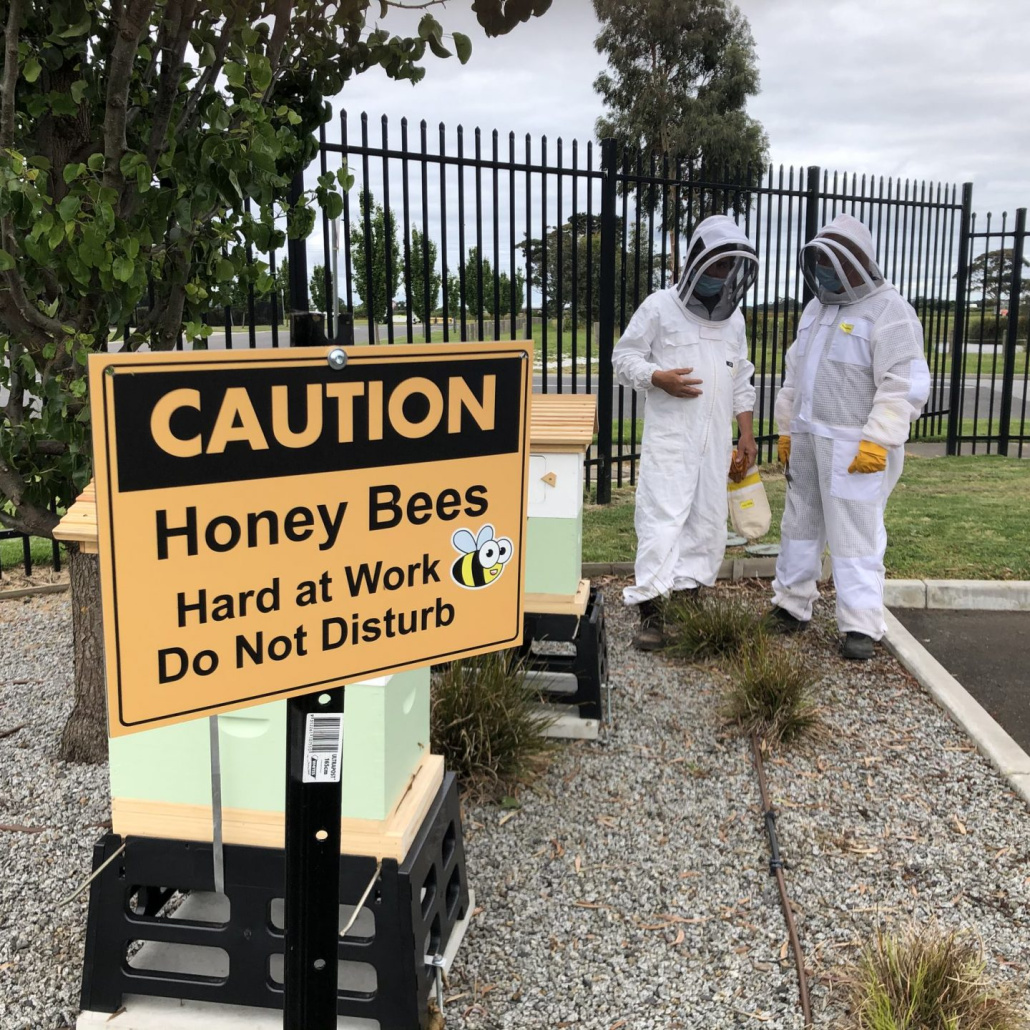 “I grew up in a country where everyone understood how important it was to respect nature,’’ Sima says.

“We raised chickens, grew all our own food, especially fruit which naturally attracted bees. Here in Australia people are just slowly finding a way with their crops, or their cherry farm, or other farms, they are only just realising the role bees play.”

Sima says he is always learning, which is what he loves most about bees, there will alway be something new to learn from them.

“It doesn’t matter how long you have bees, you always learn something new. Some people think, “Oh, I’m a professional.” But I’m learning all the time, every day I learn something,’’ he says.

“Last year we had an ant problem near the hives and I was determined not to let spray anywhere near the bees, we solved it with sawdust, we don’t have an ant problem anymore.”

Under Sima’s guidance the team has planted lavender and eucalyptus on the rooftop, the bees access water from the nearby wetlands.

“The bees are making honey now here (at L’Oreal), we are selling the honey, and we donate the funds to a bee charity, so we have created our own circular economy,’’ Sima says.

It just goes to show, true sustainability doesn’t have to be complex, if we take a grassroots approach of educating within our own communities, of leading by example and sharing knowledge, then we might all just make a difference.

RELATED: Beauty, water consumption and you

RELATED: The many layers of sustainable beauty