From Great Barrier Reef regeneration to lithium battery tech, get to know the women behind the future of our planet

There is no denying the climate crisis is one of the most concerning existential threats of our time. But with an overwhelming amount of information out there, it can be hard to know what (and who) to believe, which articles to read and how to make sense of it all when you go down a figurative rabbit hole of research. Science helps us understand the crisis, and close to home there is research happening in areas never researched before; like how long it could be before our cities will be under sea level, to innovative building materials that could save thousands of homes during a bushfire and ground-breaking lithium battery technology that will extend the charge time of electric cars .

Now in its 14th year, the L’Oreal-UNESCO (the United Nations Educational, Scientific and Cultural Organisation) For Women in Science Australia and New Zealand Fellowship aims to support and recognise accomplished women researchers. Its goal is to encourage more young women to enter the profession and to assist them as they progress their careers.

The five 2020 L’Oreal-UNESCO For Women in Science Fellows have all been chosen for their work in addressing the critical urgency of climate change in areas never researched before. They are the women in science affecting real change and we have been lucky enough to spend time with all of them. These are their stories.

Dr Emma Camp’s love for the ocean started when she was eight on a snorkelling trip with her family to the Bahamas. She was ‘blown away’ by the underwater city she discovered, and has been on a quest to immerse herself in the marine world ever since.

“I was raised by parents who taught me to value that I was part of the environment and not separate from it, and that actually, we’re just this one net ecosystem, and that has had a profound effect on the path I have taken’’ Emma says.

Emma’s research, which comes as a direct result of coral bleaching events which have decimated large parts of the Great Barrier Reef, is working to understand why there are some corals that are naturally more resilient to the stresses of climate change, including warmer, more acidic waters, low oxygen, and generally changing seawater conditions than others.

“We are saying, if we can identify corals that are naturally more resilient, can we use their genetic and physiological information to better manage the corals on the reef,’’ Emma says.

“We can use some of them in transplantation studies or farm them to then replant onto the reef to try and boost survival, at least at some small pocket sites to ensure that there will be corals that can persist into the future?’’

The biggest challenge facing The Great Barrier Reef, according to Emma is time. The size of Italy, it is the largest reef structure in the world, hosting over 9000 species of marine life with many of its individual reef systems yet to be mapped.

“While we put pressure on governments and industries to tackle carbon emissions we are also exploring innovative reef restoration needed to ensure the long-term survival of pockets of live coral. If carbon emissions were to halt today, it still wouldn’t guarantee the regeneration of the reef,’’ she says. 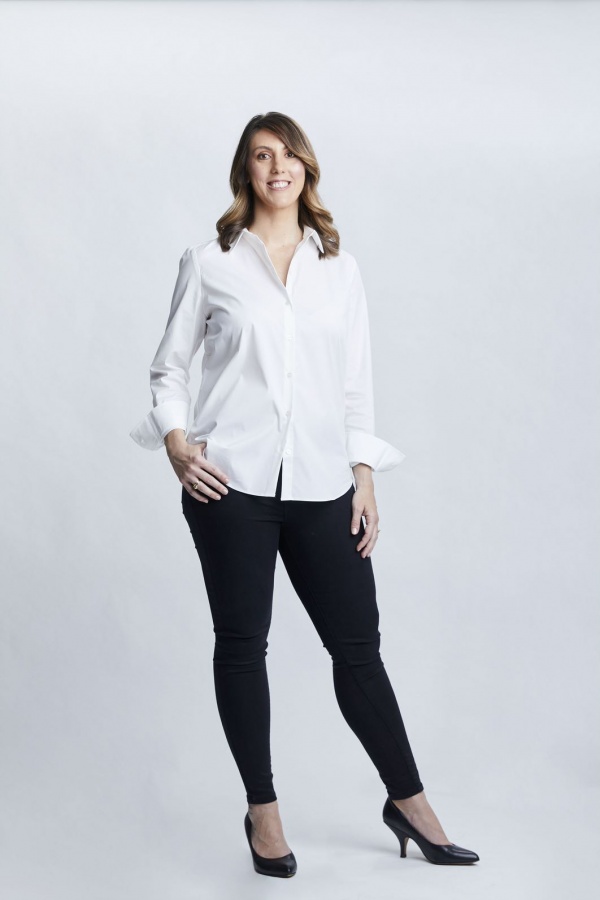 As electric and hybrid electric cars make their way into our lives, it’s scientists like Dr Marzi Barghamadi we can thank for their existence. In her current body of work for the CSIRO, Marzi is working to develop lithium metal battery technology that will create longer lasting and higher power batteries, which will pave the way for more powerful electric cars that can drive further and reduce carbon emissions.

“Lithium batteries have a much lower environmental impact than fossil fuels. So, the aim is to replace more fossil fuels with these batteries especially in the transport sector. But first we must create batteries with higher energy and longer cycle life,’’ Marzi says.

One of the biggest challenges facing women in the experimental science field, according to Marzi, is a very real lack of accessible mentors and support frameworks to help women progress in their careers. It’s her hope that through programs like the L’Oreal-UNESCO For Women in Science Fellowship, pathways and mentorships will become easier for women to access.

“The challenges for our generation and for the younger generation are much less compared to generations past. There have been times when I have found it hard to progress in my roles and I think that had a lot to do with being in a male dominated industry,’’ she says.

“Give yourself room to make mistakes and it doesn’t mean go and make mistakes. It means, don’t give up when you make mistakes. Often in the workplace, when you look at the leaders mainly, there are more men so my advice is to seek out women who inspire and who you want as your role model.’’ 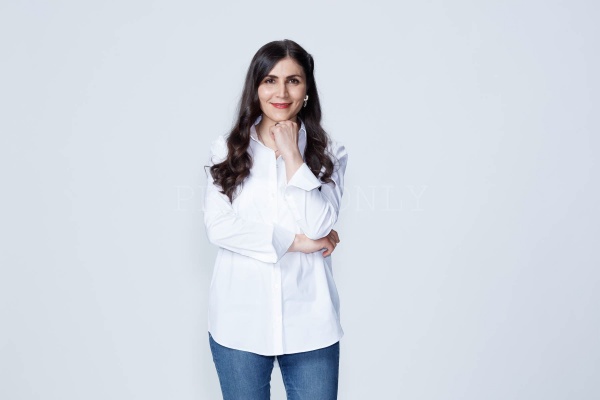 Dr Kate Nguyen spent her childhood in Vietnam shadowing her chemical engineer father, and rather than afternoons spent playing with her friends or siblings, she would spend her spare time working out how to fix anything around the house that had broken.

“I remember always loving looking at objects and wanting to understand how they worked, and wanting to learn how to fix them when they had broken,’’ she says.

“When I was a bit older I got the chance to go to work with my dad and I was so impressed with what they did in the lab there. In Vietnam they like girls to study to be in finance or medicine, but that wasn’t for me, I went against the trend and became an engineer.’’

Disheartened by the fact that one third of landfill waste in Australia is created via the construction industry, and horrified by the devastation that occurred as a result of the bushfires earlier this year, Kate came up with the idea of creating a sustainable coating made from industrial waste otherwise destined for landfill, that could save thousands of homes from future bushfire destruction.

The new fire-resistant coating is made through a process that emits up to 90 per cent fewer greenhouse gas emissions than conventional manufacturing approaches. In addition, the coating will help address existing insulation issues – increasing thermal efficiency so homes retain warmth in winter or keep cooler in summer, requiring less energy to heat and cool.

It is Kate’s hope that this new technology will be available by the end of the year. 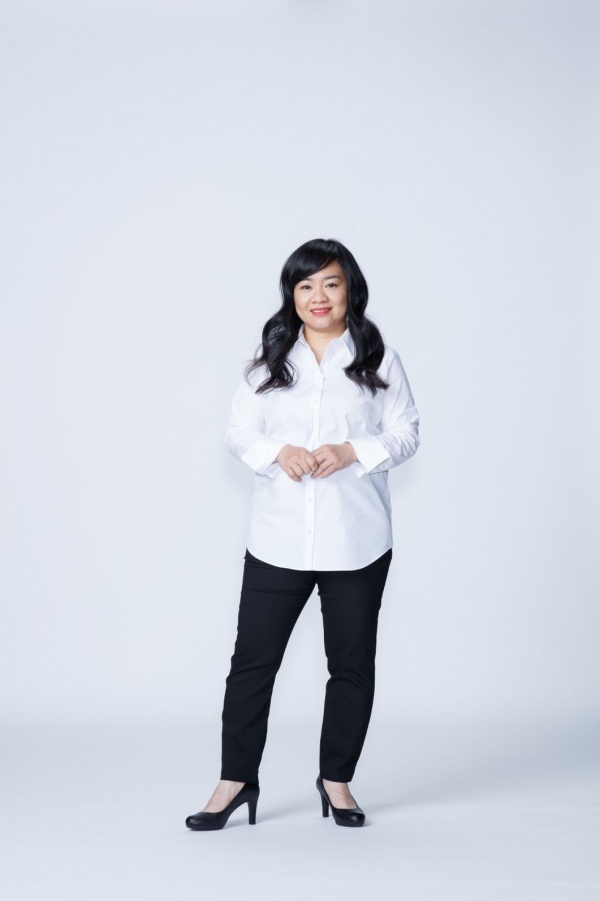 As a child in a small town in New Zealand, Dr Shari Gallop lived the kind of idyllic coastal life we all dream of. She grew up with aspirations of joining the Navy, loved learning about the ocean and excelled at science, and so her path evolved naturally, she says.

“Over time I think all of us have learned more about the impacts of climate change and the environmental degradation that humans are responsible for, for our bad decisions. For me, in my work, I just want to preserve and protect the environments that we have.”

Shari’s early career was spent researching beaches, rip currents and surf stone hazards, which led her to estuaries –  the place where a river meets the sea – and how many have been degraded due to poor decisions and management, and are highly vulnerable to climate change because they are exposed to the processes of land, river and marine environments.

Her ultimate goal is to successfully restore estuaries, to restore the environment for the people and to do that she is seeking to understand what makes restoration attempts success or fail.

“Estuaries around the world are where climate change is really going to have significant impacts. Some of our major cities are in estuaries – Sydney, Tokyo, Auckland, London – we’re not talking about uninhabited marshland. I just realised they are so fragile and so important, not just as ports and harbors and a nice place to live, but for our food supply, she says. 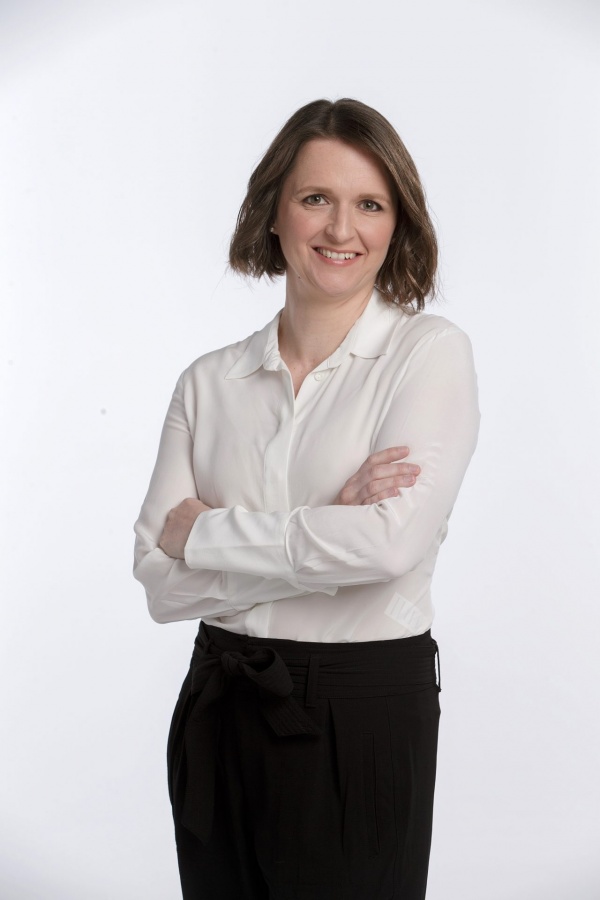 Ever wondered how scientists are able to predict rising sea levels? Through highly nuanced computer modelling, scientists like Dr Adele Morrison are able to create future scenarios of extreme weather events, which in turn can predict the risk that our coastal population faces. Adele’s work is predominantly done in a lab or via computers, with one month stint spent in Antarctica.

“I predict the future melt rates using the fastest supercomputer in Australia. I simulate how the ocean currents will change and the consequences for melting the Antarctic ice sheet,’’ Adele says.

According to Adele there are multiple factors causing sea level to rise, including water expansion as the ocean warms and the melting of Greenland, however the biggest uncertainty in predicting future sea level rise comes from Antarctica.

“The main way Antarctica melts is from warm waters flowing underneath and over time, due to effects of climate change, the ocean around Antarctica has been warming,’’ she says.

“When we are talking about a worse case scenario, if all of Antarctica was to melt, it would increase sea level by almost 60-meters; – that would see cities like Sydney disappear.”

While this is the worst case scenario, which would occur if the progression of climate change wasn’t to happen at all, the best case scenario still looks rather bleak.

“At the moment the best estimate, assuming continued emissions, is up to 1.1-metres of sea level rise by the end of the century, equating to over 600 million people living below the projected high tide line,’’ Adele says.

“However, we can choose a different outcome. If we are able to limit global warming to below 2°C, we can limit sea level rise to only around 40cm by 2100. But we need to act fast.” 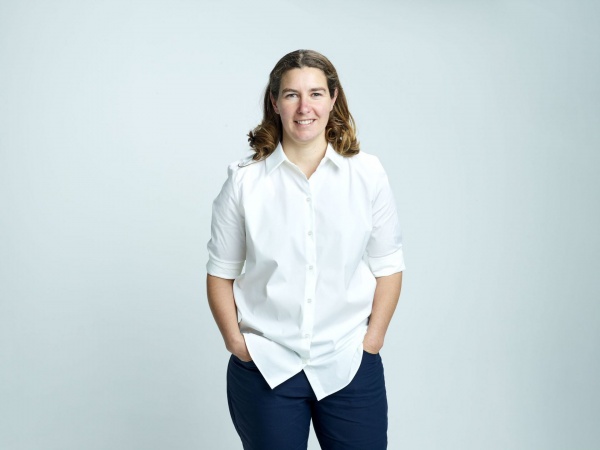 Related; What 2020 has taught us about simple living