When we decided we wanted to go on a team getaway within easy drive of both Canberra and Sydney we fell down the usual Instagram rabbit hole searching for the ultimate digs. It had to be eco conscious, but not outrageously expensive, a tiny-style design but one that could still fit three adults, cosy but not kitsch, and the list goes on. But when we stumbled upon Eldorado Cottage, an off-the-grid country cottage just outside of Taralga in New South Wales, it was love at first sight. It’s a cute restored workers cottage – which operates totally off-grid thanks to solar panels and a rainwater tank – on the family farm of Elise Croker who says she was sick of driving past the cottage in its previously dilapidated state. Over six months she and her husband lovingly restored it back to life using materials found and foraged on the farm. For the interiors it was the same brief – Elise’s vision was to decorate it using only second hand objects. The result is stunning. 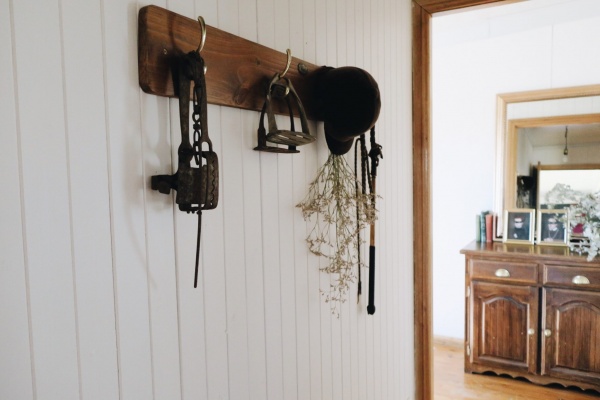 Elise Croker has thought of everything in her lovingly restored cottage, Eldorado

“I sent a text to my girlfriends asking them if they had anything they didn’t need and then I drove around with a horse trailer picking up all their unwanted furniture which includes all the arm chairs and lounges!,’’ she says.

As you set foot in the cosy three-bedroom house it’s all the little touches that really stand out. From the framed newspaper clippings from the 1980s hanging on the wall to the hand-welded kitchen table courtesy of Elise’s handy father-in-law, restored antique furniture and even the carefully curated coffee table books inspired simple living. There really is nothing new in here, and it’s clear Elise has a talent for breathing new life into pre-loved objects for which to most of us would have no use.

“I really believe that there is no beauty in perfection,’’ Elise says.

“It’s all about the simple things. Even the ritual of brewing a pot of tea, it takes so much longer than boiling the kettle and adding a tea bag but when you’re out here you’ve got nowhere to be, and it’s therapeutic.” 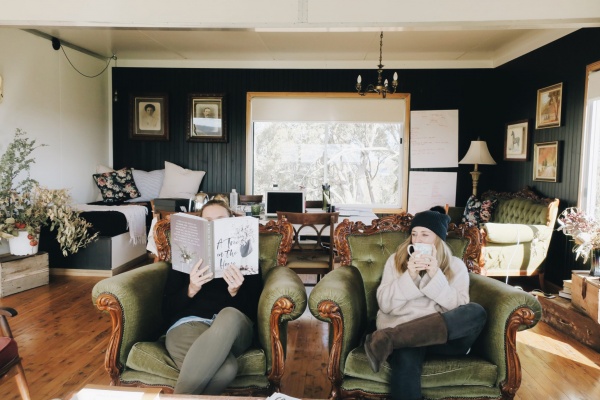 Fittingly, our weekend was spent sitting by the fire sipping on hot tea brewed using the stovetop kettle, flipping through books, the occasional brisk walk down the undulating driveway. And at night making use of the outdoor fire pit that Elise had already prepared for us. To our delight we also discovered hot water bottles in one of the cupboards which made snuggling down under the Pony Rider bedding even more delightful. Each morning there was fresh bread, eggs from her chickens, milk and marmalade. Mobile range is patchy at best, not that you’ll miss it when you’re unplugged in your beautiful surroundings yet still comforted by all the mod cons minus the big carbon footprint. 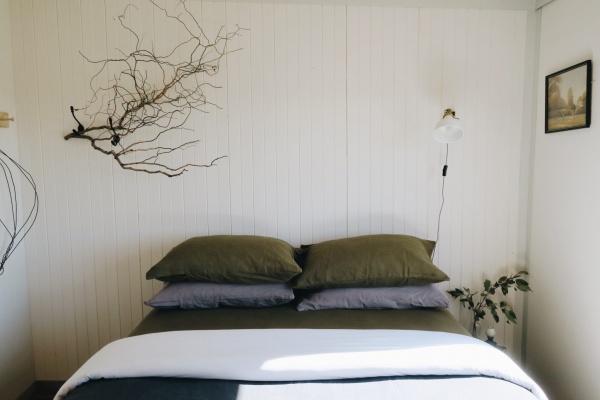 Each bedroom has its own unique styling, all inspired by nature 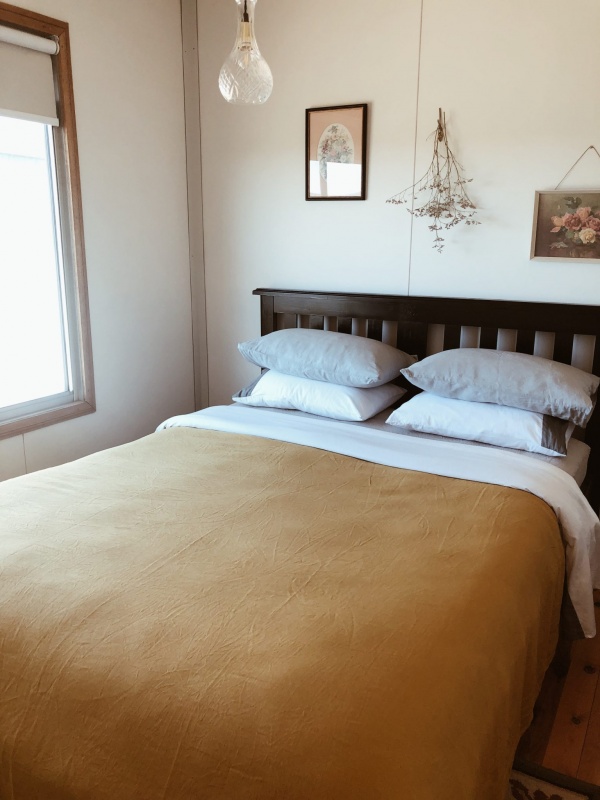 Green+Simple was a guest of Eldorado Cottage. You can find more about the eco cabin here