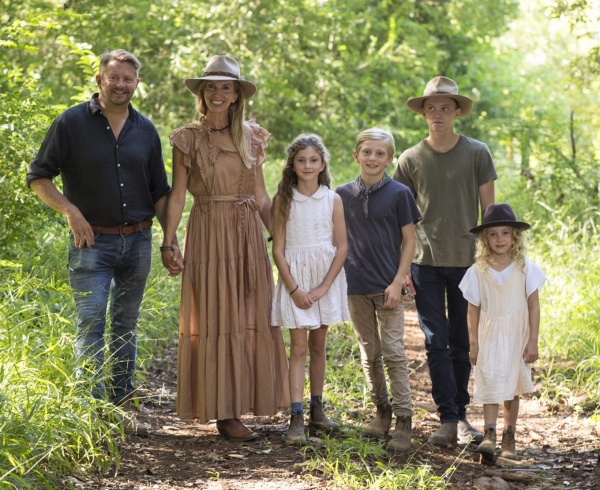 Tom and Emma Lane and their four children

Emma Lane takes us behind the scenes at The Farm

How one family’s tree change is inspiring a community

Emma Lane is one of those people you warm to immediately. She has a presence that’s both friendly and familiar and it makes you want to hug her immediately on meeting. We have arranged to meet outside the garden shed, which operates as a nursery and florist at The Farm Byron Bay, the sustainable co-op she co-owns her with husband Tom and that features chef Darren Robertson’s insanely popular restaurant Three Blue Ducks. It is one of three properties the couple own, all of which were founded on a desire to live sustainably and to inspire a new generation to nurture their environment.

Emma, a former marketer, nutritionist and mum of four suggests a walk of The Farm and we begin our chat where she tells me that falling pregnant with their fourth child whilst living in Sydney was the catalyst for their move to the Byron Bay hinterland.

“We were already coming up here every school holidays, we’d bought a farm wanting to show the kids what country living was like, but when I was six months pregnant with Lulu (who’s now 7) it was the moment that we realised we weren’t going anywhere for a while, and we started the process of moving up here,’’ she says.

“We moved up here and set about growing our own veggies and we started noticing that by growing our own, the kids ate more. It’s like, when you involve them in something they become invested in it, and it was from that we went, ‘oh my gosh, this has such a big impact on our children, how can we bring this to the greater community’.’’ And so The Farm was born. 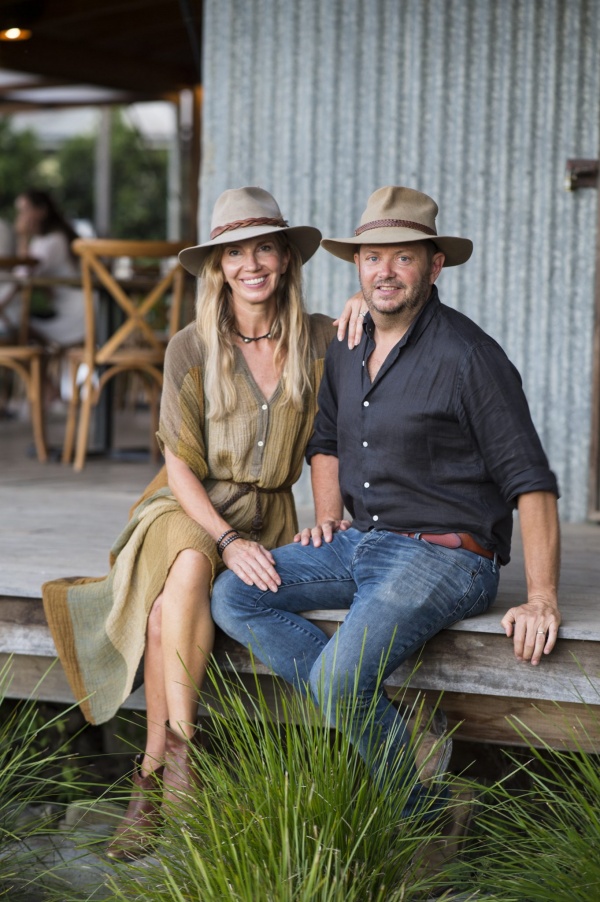 Emma and Tom Lane at The Farm Byron Bay

It takes a village

We continue walking and Emma explains how the concept of The Farm, which operates as a collective of small businesses, was founded on the idea of a village working together towards a shared goal. That goal was to “increase wellbeing from the soil up,” says Emma.

“Our vision is to have great soil full of vitality that we nurture. We then grow great vegetables to feed the animals. We can then have zero food miles,’’ she says.

“We wanted to shake up the current model of mass produced, single and mono-cropping and show people the old fashioned village mentality. We have a bakery, we have the restaurant, we have the garden shed which we sell the flowers from and we are creating plants out here in the farming allotments that we can then sell there. Plus we have the education facility where we offer courses for adults and school excursions workshops for kids.’’

The Farm is completely chemical free and Emma says they like to think of themselves as being committed to going beyond organic. Everything that is grown on the farming allotments is used in the restaurant and they can’t keep up with demand.

“We cannot grow enough to feed that restaurant, it’s a monster, we get 500,000 visitors a year, which is beyond anything we imagined,’’ she says.

We take a turn through the sunflowers, which anyone can do when they visit, and it’s magical. We pop out in front of the rows and rows of plants and veggies, which are split into allotments run by members of the farming collective who range from horticulturists experimenting with plant pairing to retirees who love growing veggies. 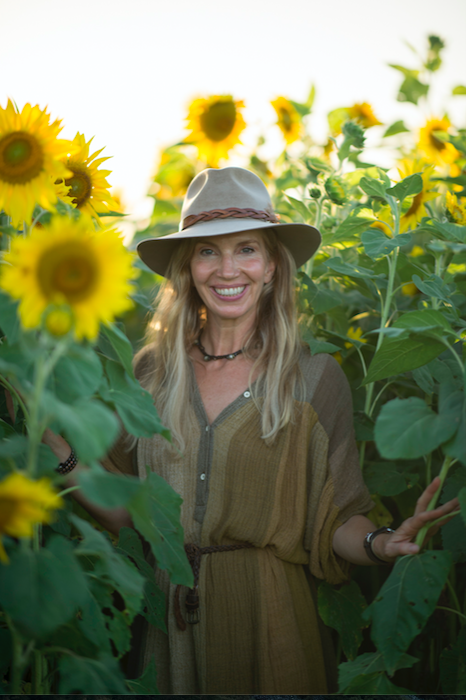 Emma Lane amongst the sunflowers at The Farm Byron Bay

“Our plan was to open a number of farms, so that the Farm Byron Bay could be the Farm Melbourne and so on but then we realized over the coming years we’ve got these little people to look after and our whole aim was to have more time with them, and creating a model like that wasn’t going to allow us that time,’’ Emma explains.

“So then we thought, well, the world is land and ocean. And there is an element that we need to do for the ocean as well as building awareness around land. So we bought this plot of coastal bushland which has an existing events space and we basically just renovated it and we’re calling it The Beach House.”

The Beach House sleeps 28 guests and can be booked for conferences and events with a percentage of the hire cost going toward improving local coastal ecosystems and marine life.

“I feel like we’re now doing our little bit for the ocean as well,’’ says Emma.

If you build it…

As we come to the end of our walking tour Emma reflects on what she and Tom are creating.“I think a lot of it is when we think of the world we want our kids to grow up in and the kind of kids we want them to be. They are able to run around and be children, they’re able to walk on grass, you know?”,’’ she says.

“I get really teary, quite often actually. The first day we opened, Tom and I sat nervously in the restaurant and thought, will they come? The day that we opened, there were children running around and people were eating the food that had come out of the paddocks, we had to put our sunglasses on, because there were tears when we realised, they’re coming.”