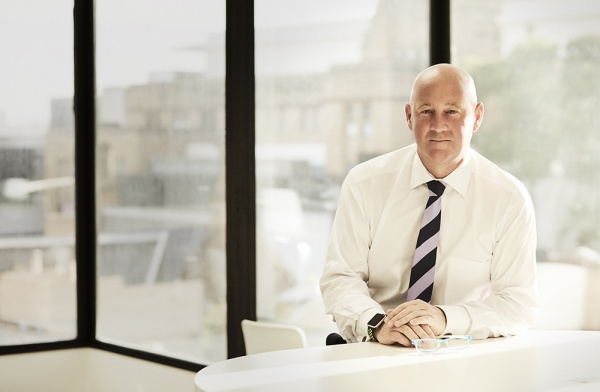 How Stuart McCullough is changing the face of fashion

The Woolmark Company’s CEO on sustainability, technology and celebrity

Stuart McCullough is the most influential person in fashion, you’ve never heard of. As CEO of The Woolmark Company he’s worked alongside Victoria Beckham and Donatella Versace, has sustainable fashion campaigner and A-Lister Livia Firth on speed dial and can give you a who’s who list of upcoming international designers on demand. In the next sentence he’ll talk to you about pioneering agrotechnology, why a garment’s life cycle should be measured from cradle to grave (rather than cradle to gate), how he plans on capturing the attention of Gen Y and Gen Z and then he’ll address mulesing, if you ask him.

Our chat takes place in The Woolmark boardroom with views of Sydney Harbour and the Harbour Bridge; it’s a far cry from the sheep grazier plains of rural Australia. Stuart isn’t interested in small talk, he wants to know if I’ve seen their latest campaign video, I haven’t so he conjures it up on the big screen and waits for my reaction. Live and Breathe is a story of a synthetic world that has forgotten to live naturally and it’s scarily accurate. It aims to capture the imagination of the younger generation, marketing wool as a natural, sustainable fibre. It’s hard not to be captivated.

“I’m not sure precisely what will make the younger generations use wool, but I think the sports, active, outdoor and run side of things is where we’ll capture them,’’ Stuart says.

Which explains Woolmark’s flood of collaborations with some of the biggest names in sport including Adidas and the World Surf League, cult athleisure brands like P.E Nation and niche elite sport brands like La Sportiva North America, Ashmei and Devold of Norway.

The aforementioned Adidas partnership has been four years in the making, with grand visions of changing the way Americans consume wool.

“They’ve (Adidas) got a huge wool range now. It’s not 100 per cent. It’s not even wool rich, it sits between 30 and 50 per cent (ratio of wool in each sneaker or garment) but I’m OK with that because we’re changing the mindset of 330 million Americans. We’re exposing them to wool as a natural, sustainable fibre, it’s a big deal.’’ 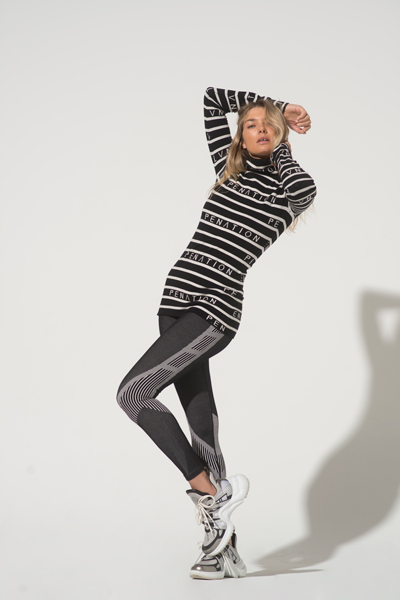 The thing about wool, says Stuart is it’s a natural fibre that breaks down over time, in wild contrast to its polyester, petroleum-based, man-made fabric counterparts and anyone who tells you it’s not sustainable has an ulterior motive.

“Most retailers measure cradle to gate. Once it’s out their door, they don’t care about the rest, they don’t even measure it. When you do that, polyesters, man-made petroleum-based garments stack up, they look good actually. But if you measure cradle to grave, which you should, they look really, really bad because they’ve got a life span of 500 years. That’s the bottom line.”

On any given day Stuart could go from a meeting with his tech team on how their digital ear tag project is progressing (it’s still in trial phase, but could allow farmers to monitor their sheep 24 hours a day via a smartphone), to discussing technology innovating the use of wool in wetsuits to approving the panel for the upcoming International Woolmark Prize – Victoria Beckham has been involved three times, along with appearances by Donatella Versace and Diane von Furstenberg.

“Vic Beckham is a big supporter, she’s been involved from the beginning,” says Stuart.

It’s easy to get caught up in the glamour of fashion, however there’s also the sheep and the farmers whose livelihood depends on the successful marketing of wool. Stuart lights up when he talks of visits to wool growers in Tasmania and Western Australia.

“We do a lot of work with wool growers and what’s interesting is a lot of brands and retailers want to meet them and understand what they do – bridge that farm and fashion thing,’’ he says.

“They’re not densely farmed animals, they run free, they’ve always got food. There’s always grass or fodder. Then the wool is shorn off, and it regrows. It extrudes fibre year in, year out. It just happens to be a really natural one.’’

So just how does a boy from urban Geelong who didn’t know “the front end of a sheep from the back end’’ end up with a 30-year career in wool and by association, fashion?

“Sometimes in your life you just get a rhythm in something, I know it’s hard for kids these days to make a decision, and that’s the point, I don’t think you have to. I never did, it just happened.’’