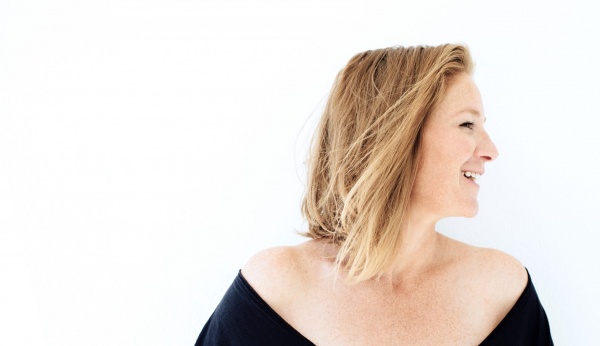 Rosie Johnston on the power of clean perfume

Rosie Jane Johnston has one of those enthralling voices you could listen to on repeat. She’s calling from her LA home revelling in the news her line of clean perfumes, by/rosie jane will launch in Sephora, adding to her already impressive stockist list which includes Mecca, JCrew, Birchbox and Free People.

“If someone had told me one day, I would own a fragrance a company that was launching in Sephora, I would have said, ‘you’re out of your mind’.”

The Australian-born make-up artist and mum of three has been living and breathing natural beauty since she was a teenager, instinctively mixing her own natural lip glosses well before natural beauty was even a thing. Those lips glosses became her first business venture back in 2002, when she created Rosie Jane Cosmetics.“I worked with an Australian chemist to create a cheek gloss – one that could be used on your lips and cheeks, I was stocked in maybe 25 stores in Australia,’’ she says of the brand that quickly garnered a cult following.

“It was a really amazing organic experience, we were slowly growing and not really making much money but enough for the brand to survive. But in 2008, with the crash, we lost about 90 per cent of our stockists. They closed doors because they were all little boutiques.”

There must have been something about business and beauty because after a short hiatus Rosie re-emerged with fragrance on her mind.

“I remembered going to a friend of mine who asked me if I’d ever thought of doing fragrance,’’ she recalls.

“I was not a fragrance person; my mum gave my first fragrance and it just sat on my dresser from when I was 15.’’

But Rosie couldn’t shake the idea, tracking down a traditional perfumer, via Google no less, and set to work creating her first scent, Leila Lou, named after her daughter, which still features in her range.

“Then I got into mixing myself and every scent I have created since, I have hand mixed,’’ she says. 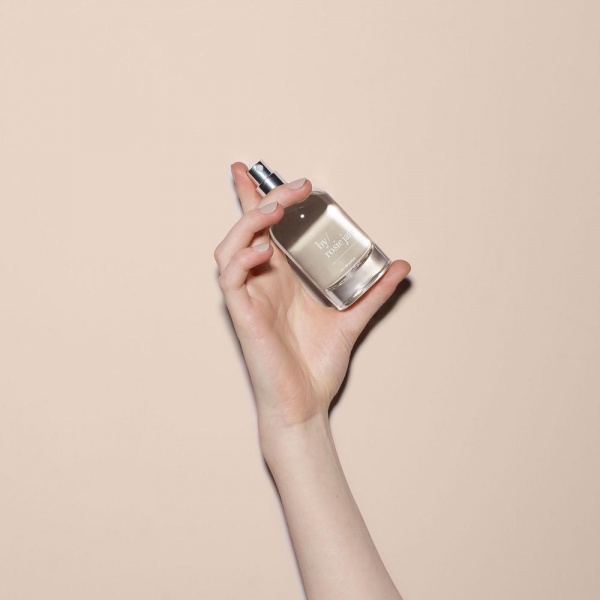 Rosie Jane Johnston mixes all her perfumes by hand

“When I mix fragrance I mix 100 per cent for myself to begin with, I have an idea in my head of how I want it to smell. I mix with nature identicals – they are complex, natural synthetics made up of only plant materials, combined in a lab to create an essence.’’

Rosie’s view on natural versus synthetic ingredients begins with her rule of always avoiding known endocrine disruptors, acetone, phthalates and formaldehyde. She works with scientists to create natural molecules that imitate fragrance found in nature – like gardenia for example. Rosie says creating a natural fragrance is much more complicated than creating a natural beauty product and her philosophy is to create clean, non-toxic scents using innovative, naturally derived synthetic fragrance.

“Synthetics, for me are what help create complexity and layers. A lot of the fragrances I like, like gardenia don’t produce a great natural oil that can be used in a perfume. Gardenia oil smells musty and nothing like the flower,’’ Rosie says.

“Essential oils are amazing and I love them, but when they’re combined they can be in constant conflict.”

Rosie’s creative mixing process could be a scene out of a beautifully written novel, she says she has to be alone, and her best work happens in her shady garden at home.

“My garden doesn’t have a smell that’s competing with what I’m mixing.

I’ll grab 15 different essential oils and set them up on a big table outside. I’ll already have written a story – kind of like a mood board – about what I imagine the scent to be, and make notes as I go,’’ she says.

“I have to be in the right frame of mind, some days I will do it and nothing will happen and other times, it just flows. Then if I land on something I love, I will wear it for a month or two and see what other people say and gauge whether I still like it after that time. hen I go to our chemist and say, ‘here is my scent, I want to make it without any bad ingredients.’’

Rosie’s latest fragrance, Angie has just launched, and in addition to her range of lip and cheek tints (which happen to be the same as those first glosses created pre 2008), she’s got complimentary body lotions for each perfume in the works.