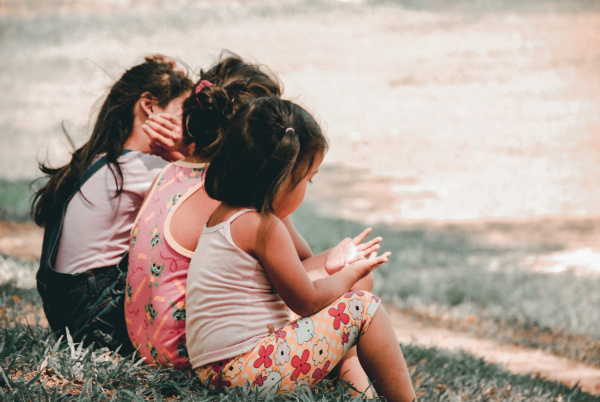 Identifying that your child has Coeliac Disease isn't always simple

Could your child have Coeliac Disease?

Coeliac symptoms in kids can be varied and surprising; here’s what you need to know

Coeliac disease is an immune-mediated disease triggered by eating gluten, which is the protein found in some grains, including wheat, spelt and rye. Diagnosed in around 1 in 70 Australians, it is one of the most common autoimmune diseases – but incredibly, the rate of under-diagnosis is also thought to be extremely high.

When a person with coeliac disease eats gluten, an immune reaction occurs, and over time this damages the cells in the lining of their intestinal tract, which can lead to gastrointestinal symptoms, and nutrient deficiencies, and in children – a whole host of symptoms!

One of the problems is that CD can be pretty difficult to diagnose, and lots of people go untreated for many years. It doesn’t help that the symptoms of CD in children are varied, insidious, and sometimes even surprising! Because it has an effect in the gastrointestinal system, children will usually have ongoing tummy pain, diarrhoea, constipation, bloating, nausea or wind. But CD can often present as more unusual symptoms that go beyond simply gut-oriented issues, including:

Quite a few studies have shown an association between coeliac disease (CD) and all manner of mental health disease, including: anorexia nervosa, anxiety, mood disorders, ADHD, ASD. One study suggested that childhood CD diagnosis was associated with a 19 per cent increase in risk of any psychiatric disorder. Whilst an association is not the same as causation, it suggests to me it’s important that we capture a diagnosis of CD as early as we can, and manage it well.

There are three tests available to help your practitioner diagnose coeliac disease in your child.

Coeliac serology, which is a blood test measuring the presence and level of gluten antibodies in your child’s blood, a gene test looking for the two main genes identified in coeliac disease, and an intestinal biopsy or gastroscopy (which is generally considered the “gold standard” for CD diagnosis). Usually two of these are required for a definitive diagnosis. Your GP is generally your first stop for a referral, but your friendly nutritionist can also order the blood and gene test 🙂 The tricky part for those already avoiding gluten heading into these tests, is that following a gluten-free diet before testing can lead to a false-negative result!

It can be really overwhelming for a parent to receive a diagnosis of coeliac disease for their child; gluten can be a pesky little ingredient in so many foods. So it becomes a new mission to read every label carefully and find gluten-free swaps for some favourite family foods.

When I have a client who’s received a recent CD diagnosis, I usually start them on a gut support protocol, as it’s important to work on repairing the damage that occurred in the gut lining – to reduce inflammation, and so they can start to absorb nutrients appropriately. This usually involves a glutamine supplement, some prebiotics and probiotics, and the inclusion of lots of gut healing foods like apple (for the pectin), ghee (for the butyrate) and bone broth (for the glycine). It’s also important to also address any nutrient deficiencies that may have occurred, and do the work around supporting those through diet and supplements. So I might also look at prescribing an iron, B12 or zinc supplement, depending on the individual.

Having a child who’s been diagnosed with CD can definitely feel like a huge and overwhelming event for parents. But help is out there! So if you suspect your child may have an issue, or some of these symptoms ring a bell for you, make an appointment to see your GP to discuss your testing options.

Gluten-containing grains to avoid if you have CD

RELATED: Why I avoid BPA-free plastic
RELATED: How to treat eczema from the inside out