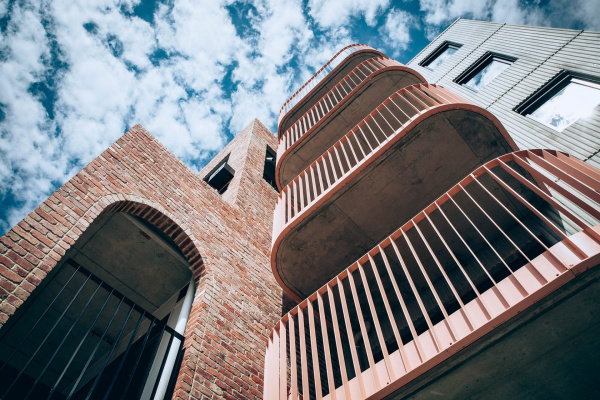 Affordable housing that is sustainable and architecturally designed is here. Image Nightingale Housing

The future of sustainable house design is coming

Innovation is creating sustainable, affordable options for all

If you are interested in the concept of sustainable architecture and house design you will know it’s not generally the affordable path to take. But in the same way the world is beginning to accept that sustainability needs to be a way of life, creating sustainable and affordable homes that enhance our wellbeing is closer than you might think.

Innovative social change makers, design agencies and architects are turning their attention to two of Australia’s biggest issues, housing affordability and the climate emergency and coming up with solutions that could revolutionise the way we live.

Across Australia house prices have surged. Owning a home is out of reach for many and it’s not easy for renters either. The 2022 Rental Affordability Snapshot surveyed over 45,000 rental listings across Australia and found that affordability has crashed to record lows.

So what is the solution? Well it’s not a one-size fits all approach but there are much better ways to deliver homes that are affordable, tread a little lighter on the planet and enrich our lives according to Jeremy McLeod and Tamara Veltre. The pair are the cofounders of Nightingale Housing, a not for profit organisation that challenges the ‘business as usual’ approach and proves that quality built homes can be both affordable and ecologically sustainable.

“We build homes for people, not profit, meaning we don’t add a profit margin to the price of housing. For us it’s all about providing a fair, equitable and sustainable access to home ownership. We only deliver homes for people to live in, to start a family in, to project their lives in, to age in,” Jeremy says.

It might sound too good to be true but Jeremy and Tamara say their model is simple. Nightingale’s homes are built at-cost which means that each home is sold for what it costs to procure, design, manage and construct. Every project is run with no profit, and any contingency retained at the end of the project is returned to mission.

Each building is Green Powered and 100 per cent carbon neutral in operations. They are 100 per cent electric and no gas is plumbed into their buildings. And materials used throughout each project are natural, with low Volatile Organic Compounds (VOC) finishes. They’re also recycled and recyclable wherever possible. 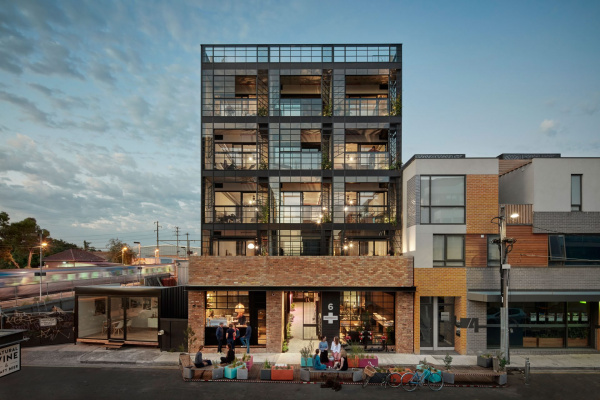 New York born Jason is the director of Urban Apostles and Citymakers Guild.

He says securing affordable land is key to fixing the housing crisis and points to Community Land Trusts as having potential in Australia.

“You cannot talk about affordable housing without discussing land because it’s really not the house that’s expensive it’s the land,” he says.

“Community Land Trusts are basically an intervention the government can do to lock in permanent affordability through governance of land. It locks in intergenerational affordability. So you can build housing, retail, office, everything else, but you can’t profit from it so it basically takes the land off the market.

Jason believes that cooperative housing, a model in which the property is owned by an organisation and then sold as shares to the residents of the community is another mechanism that should be used to address Australia’s affordability crisis. Importantly, the model eliminates landlord risk ensuring residents have a secure roof over their heads.

He says progressive examples of cooperative housing, particularly in Nordic countries are not only affordable, they are beautifully and smartly designed. Besides pools and gyms, the most progressive cooperatives have communal kitchens to create social cohesion, guest houses for visiting family, child play spaces, music rooms, libraries, halls and meeting spaces. Additionally there’s no private parking, residents share electric vehicles and electric bikes.

New research from the Australia Institute’s Nordic Policy Centre shows that Nordic countries have a wider repertoire of policies, and Australia can learn from policies that are already in practice in these countries. The recent report says Nordic nations’ widespread provision of public housing and housing cooperatives, priority for homes to live in rather than invest in, and effective reduction of homelessness, show how Australia can lessen its dependency on private home ownership and private renting in a bid to tackle housing affordability.

Jeremy and Tamara of Nightingale point out that the majority of housing delivered in Melbourne is sold to investors, who then rent back to people at the highest possible rent.

“At no point through that process does anyone care about the outcome of the people living in those apartments. It’s all about making a profit at the expense of good quality and durable design,” Jeremy says.

“It’s the role of a civil society to house its people. Safe and secure housing and shelter is a basic human right,” Tamara adds.

“There is no homelessness in Finland because the government houses its people. 70 per cent of people in Vienna are housed in beautiful, great quality housing provided by the State. We live in the third richest country in the OECD yet there is incredible inequity between those that have and those that have not in our society. This is a problem that should be solved by big government. Nightingale exists because of their inaction. We exist because we have to,” she says.

Eddie Ma, cofounder of Vigilanti, a Sydney based social impact design agency says he and his co-founders were driven to problem solve the housing affordability crisis out of sheer frustration for the community.

“My mum currently lives in public housing, my extended family lives in community housing so I have first hand experience with how that system works, so all of those factors and my upbringing has contributed to my knowledge,” Eddie says.

Vigilanti has developed a blueprint for what they call an Equity Housing model that merges private, affordable and public housing together. The model addresses affordability through strategies such as leasehold options where people lease for the right to live in the property for a set number of years. Eddie and his cofounders have also developed an Urban Co-housing model that he says has the potential to have huge social and sustainability benefits. 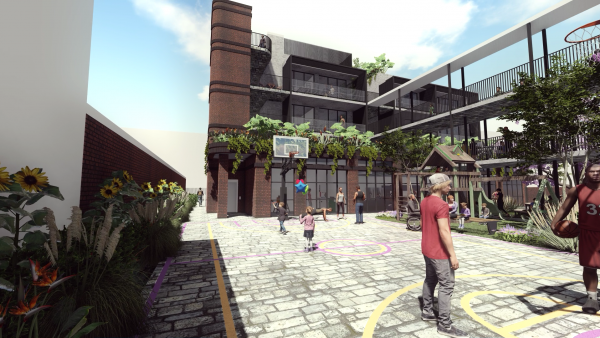 Although Vigilanti are still looking for funding and partners before they can implement their ideas, Eddie is optimistic about the future as are Tamara and Jeremy. They say Australian cities are offering a new opportunity – a  chance to revise the density where we live.

“Medium density neighbourhoods have the capacity to provide what’s increasingly in-demand in our cities: access to community, access to nature, and good connection to everything the city has to offer,” Tamara says.

“The demand is there, we’ve seen it with the pandemic. COVID has reminded us how important it is for us to feel connected, to see people, such as friends, family, neighbours, strangers. In the next few years, an increasingly large portion of the population will be looking for housing that is in close proximity to other people, to sustainable modes of transport, and to city life. All it takes is to switch the focus and put the people and the planet – and not the profit –  at the centre of what we do.

“The inner north of Melbourne is now peppered with all electric buildings, net zero buildings, with building rating out over 7.5 stars, buildings that have community built into their DNA and have rooftop gardens and greenery spilling out from their edges. We can’t do it alone. Together, we can start to make a difference.”

RELATED: How to create a plastic free kitchen

RELATED: The rise of biophilic design