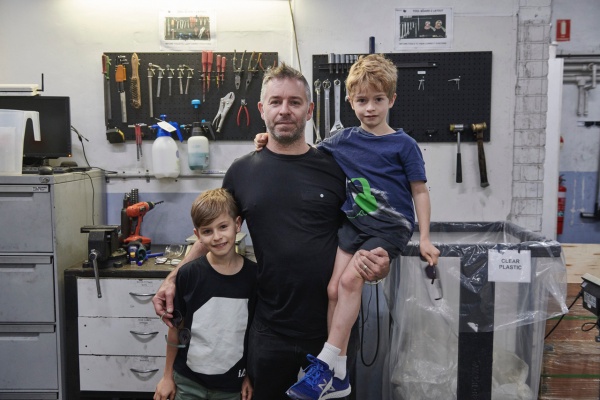 Nik, Harry, 8 and Archie, 6 are the founders of Good Citizens

What if we told you it was possible to create a pair of sunglasses from a single plastic bottle? You’d think we were kidding, right? Well that’s exactly what Nik Robinson and his two sons Harry, 8 and Archie, 6 have done with their socially and environmentally responsible brand Good Citizens. Like all great ideas, theirs grew from a dinner table conversation where Harry and Archie began bugging their parents about how they could help save the planet after learning about the horrors of plastic pollution at school.

“They came home upset that the world was ‘going to break’. As a family, we’d often talk about the issue and wondered what could we do to help,’’ recalls Nik.

“The boys getting upset was the catalyst I needed to see if I could actually do something. I spent every day for a solid four months researching PET and what it could be used for.

“We took a 600ml PET bottle and studied it, weighed it and explored products we thought could be made from that bottle. Sunglasses won. The plastic of one 600ml bottle makes two arms, the frame front and the hinges.” 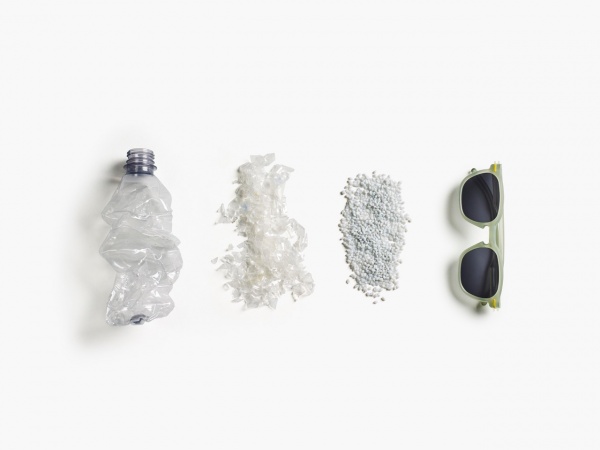 Fast forward two years and Nik, Harry and Archie’s 100 per cent recycled and recyclable, locally made sunglasses are currently on display in the Selfridges, London windows, right next to Prada. This is their story:

Our frames (a front, two arms and two hinges) are made from the same 100% recycled PET (bottle plastic). Being made entirely from the same the type of plastic also makes them 100% recyclable. Our lenses are not recycled as the technology is not there yet and we won’t mess with people’s eyes until it is. So instead we’ve sourced really good polarised lenses.

Where are they made?

We make our sunnies right here in Sydney. Our frame factory is 30 minutes away from our home and office. Our lens cutting factory is also in Sydney.

Can they be recycled after use?

Yes. Just pop out the lenses and throw the frames in the plastic recycling bin. Or you can post them back to us and we’ll recycle them. But also, because we’ve redesigned the hinge, the glasses are modular and each part can be replaced if it breaks. The idea is to extend the life of the glasses for as long as possible.

Do they suit everyone?

We purposefully chose two classic shapes that have stood the test of time. One is our spin on a wayfarer and the other is a round style. Most people opt for the squarer shape but many are surprised how good the round ones look on them. People often say they don’t suit round, but when they try them, they love them.

We spent nine months getting the size right to fit most shapes and sizes too. The good thing about our recycled plastic is that it can be slightly tweaked with boiling water to create what we call the ‘happy fit’. Nine times out of 10, the glasses just fit straight out of the box.

Because the glasses are modular, we can also mix and match the styles and colours. You can change the arms and the clips as they all click together and as we bring out more colours, you’ll be able to customise your look. 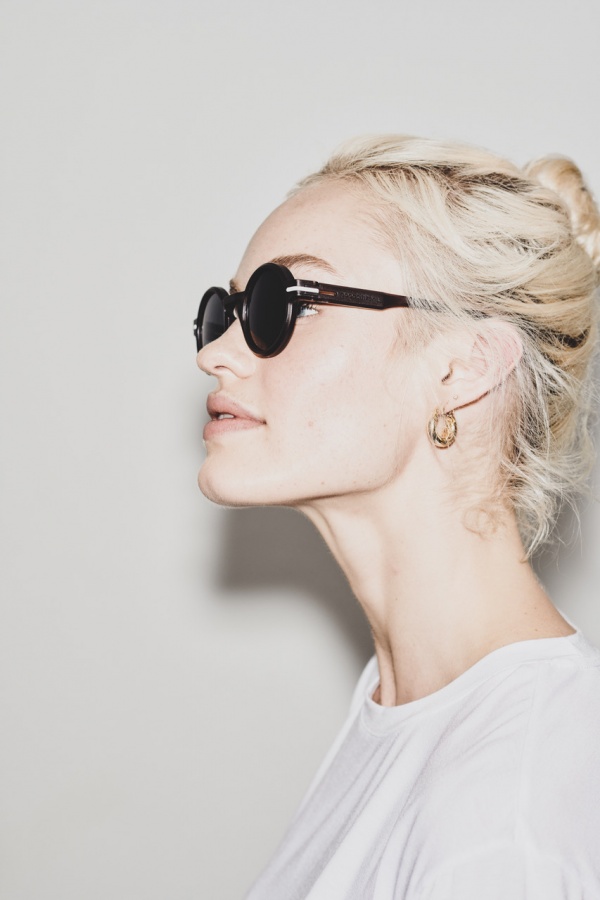 Good Citizens sunglasses are unisex and come in two shapes, Wayfarer-inspired and round

What is your vision / purpose for Good Citizens?

We never set out to be a sunglasses company, we set out to ‘untrash our planet’ and that’s our unifying simple purpose. It’s the filter we put every decision we make through. We ask ourselves, “Will this action untrash the planet quicker?” If so, it’s usually a yes. Harry has a vision that one day we won’t be in business because there won’t be any more single-use plastic to recycle!

Sunglasses are just the beginning, so watch this space.

Were you concerned about climate change and sustainability before they became passionate about it?

It’s funny. As an adult, you know it’s an issue. We always did what we could to make small changes in our everyday lives. Like most people, we used reusable cups, we tried to recycle everything properly, we very rarely bought plastic bottles, but I wouldn’t say we were avid environmentalists at all. The kids definitely made us more conscious of it as they learnt more and brought that knowledge home. They were really good at pointing the finger if we did something wrong that’s for sure! It really makes you think that you need to make changes and be a better role model.

Tell us the meaning behind Good Citizens

We’re all citizens of this planet. It doesn’t matter what age, race, shape or gender, we’re all equal. I truly believe we all want to be seen as good too. It’s human nature to be liked. Good citizens also treat people and their surroundings well. Good Citizens is a growing population of like minded people simply wanting to do the right thing.

What has been a highlight so far of the journey?

We’ve been lucky as there have been a few. Selfridges in London giving us an entire window next to Prada and winning a Best in Class and a Gold at the Good Design Awards are definitely up there.

Harry and I recently participated in an interview and Live Q&A on sustainable business for the United Nations virtual conference. It was funny writing down on Harry’s school leaving form. Reason for absence; talking at the UN.

What’s been really interesting is the calibre of people who have reached out to us; the kind of people who are at the top of their game globally in fashion, design and business. I had a very surreal moment on Saturday night when I was having a LinkedIn messenger conversation with someone I have followed and admired for years; they reached out to me to talk about our idea. 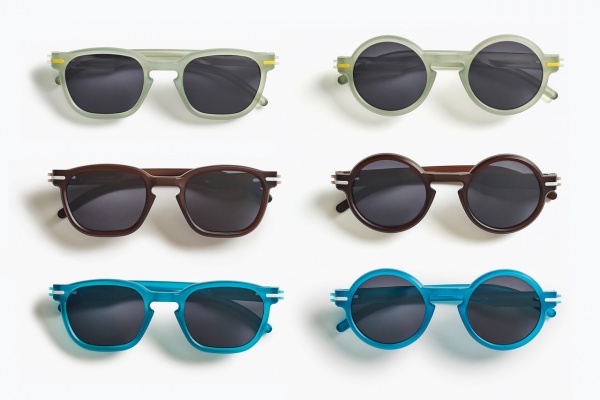 What does living a sustainable life mean to you?

Gosh a good question. It means not over consuming. It means being aware of our actions. I think too much pressure is put on people to be perfect from day one. Just small actions like turning off a light switch, having a slightly shorter shower all add up. I’d like the business to be completely energy self-sufficient and carbon positive. My wife and I looked at our superannuation fund and changed it over to businesses that are actively doing good things for the planet. It took one phone call and the really funny thing is it’s already outperforming our previous investments.

What is most important to you as a family when it comes to sustainability?

That we all learn from each other. That sustainable living should be a journey of making things better and not feeling bad if you don’t do everything perfectly.

I believe Harry and Archie’s generation will adopt a way of living that’s naturally sustainable; it won’t even be labelled sustainable either, it will just be the norm. If you look at Sweden for example, 20 years ago they made a commitment to recycling and I believe only 1% of all Swedish household waste goes to landfill – it’s just second nature for them now.

Do you have a mantra you live by?

I’m not a positive affirmation style of person. I believe actions speak louder than words. However, someone once wrote this tiny message in a work leaving card, “Do the things you fear most and the death of fear is certain.” I think it’s Mark Twain. I’ve feared many things and I’ve systematically worked through those fears to come out the other side. It’s never been easy, but as they say, if it was easy, everyone would do it. Maybe that’s another mantra from a guy who doesn’t do mantras!

RELATED: Why Stephanie Gilmore is the original conservationist