Elyse Knowles for her autobiography, From Me To You

How Elyse Knowles became a pin-up girl for sustainability

Expect the unexpected from this down-to-earth Aussie model

Earlier this year influencer Elyse Knowles announced to her 900,000 plus Instagram followers that 2019 would be the year of living more sustainably. She wrote; “It’s about being conscious of reducing my footprint and spreading awareness on how others can change simple elements of their lives to care for the planet.’’

It would be easy to dismiss it as just another model oversharing on social media but that’s the thing with Elyse, she’s not at all what you’d expect. Despite having some of the most coveted modelling contracts in the world, an enviable list of celebrities in her inner circle (she interviewed both surfer, Mick Fanning and designer, Pip Edwards for her 2018 autobiography From Me To You) you’re more likely to find the currently Byron Bay-based model, camping and riding trail bikes than attending A-list parties. If you ask her what her favourite past time is she’ll tell you it’s renovating houses with her boyfriend Josh Barker (the couple won The Block 2017). And if you ask her what her passion or purpose is she’ll talk at length about how good it feels to give back to the community.

A love of getting back to nature, camping and “just being in the environment and appreciating it,” is what Elyse loves most, so it seems only natural that she’d feel passionately about conserving it. From saying no to straws, bringing her own containers when she orders takeaway and going to the market with jars instead of getting “stupid plastic bags,” Elyse’s habits are always evolving. She’s also egged on by Josh and inspired by some friends who live on the outskirts of their hometown of Melbourne.

“They’re part of my inspiration for really focusing on sustainability. I decided I wanted to live my life like that too,’’ she says.

“Every day we walk the dogs and whenever I do that I pick up rubbish. I’ll have a bag on me and I’ll spend an hour, or so picking up rubbish while my dogs run around. Even if it’s just picking up a couple of things, I feel like I’ve accomplished something. It kills me to walk past anything.” 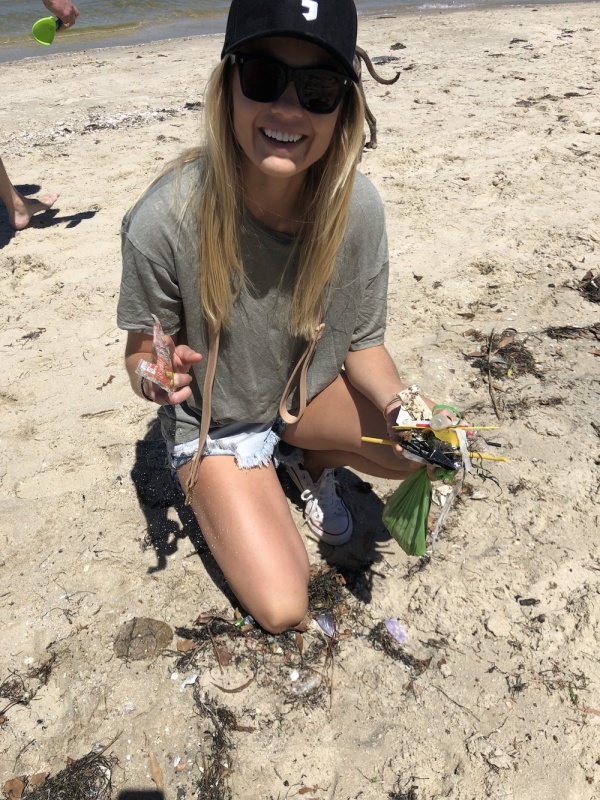 Elyse collecting rubbish on one of her daily beach walks

As well as her passion for environmentalism, she’s also in her fifth year as ambassador for WaterAid Australia, a non-profit organisation that exists to improve access to clean water in remote communities. Last year she traveled to India, and saw first hand the shocking quality of water in some of the urban slums.

“My eyes were opened to a world beyond what should be real. The troubles people endure and the issues they face in parts of India are very upsetting,’’ she says.

“That experience has pushed me to work harder to campaign for more positive change for people in need, all around the world. We all need to chip in more, it’s just that simple.”

With modelling contracts that include Calvin Klein, Myer, Aveda, Seafolly and Davidoff’s Coolwater, Elyse is arguably at the top of her game. And with that she says she’s now in the unique position of being able to align her beliefs with her day job.

“Before I say ‘yes’ we have to have the same beliefs and mission, and that is to only promote things that we love, we believe in, and that I actually use,’’ she explains. 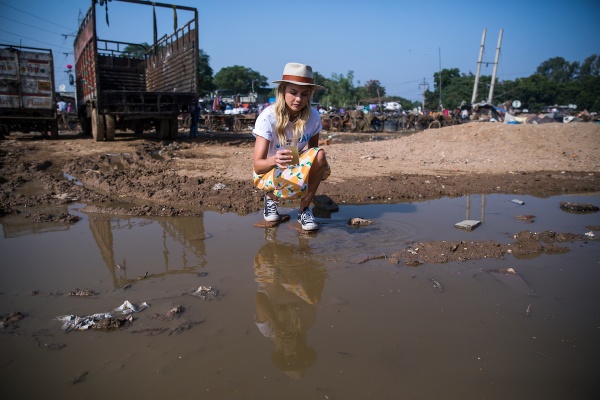 One of the perks of such a high-profile job is being exposed to inspiring thought-leaders from across the globe. Elyse says a standout is New York Times best selling author and fellow Aussie, Sarah Wilson whose no-nonsense approach to sustainability demands everyone’s attention.

“I just recently finished reading Simplicious Flow, by Sarah and she has explained it so well. I was just blown away by how she spent half her book, not just on her beautiful recipes, but how she explains to everyone why they need to stop using single-use plastics and how they can make change,’’ she says.

‘’She’s a legend for committing her book to this, to looking after the environment and sharing her views on it as well.” 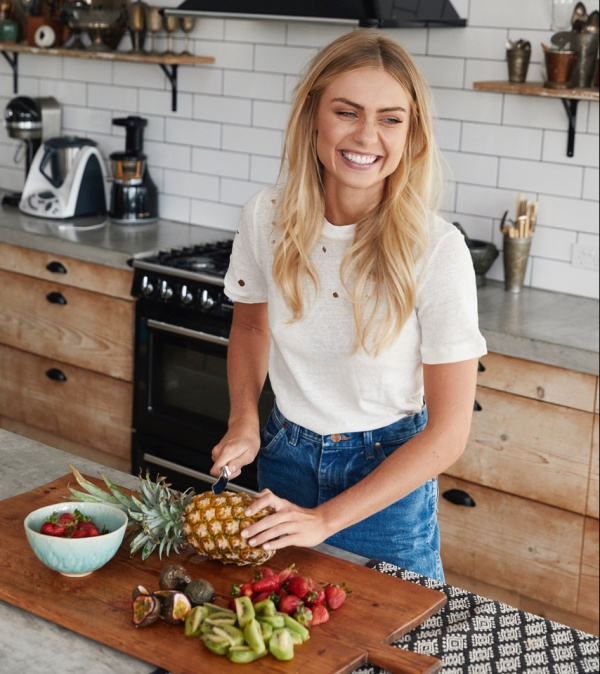 Life in the spotlight

When social media plays such a fundamental role in her life, we wondered, how hard is it to really switch off? “I have rules,” she chirps. “In the mornings, I just turn my alarm off and I don’t look at my phone. I go to the gym, come back and I eat breakfast. After breakfast that’s when I check my phone for the day.

“I have a set day on a Sunday where I leave my phone at home. That is a tough one for me because I always have to be active on social media, but to be able to say, “no, leave it at home” and then plan your day feels liberating.”

From Me to You

When Elyse was unexpectedly approached to write an autobiography, she saw it as a chance to give an insight into the many versions of herself. “No way did I ever imagine I would write a book,” she says.

“It was a great way to show everyone that nothing came easily….I wanted to show how I’ve been modeling since I was ten and had so many knock backs. I wanted to share how I’ve dealt with social media, and comparisons, and how amazing it feels when you give back to the environment, or you give back to different communities. Donating – even your time – can make such a big difference.”